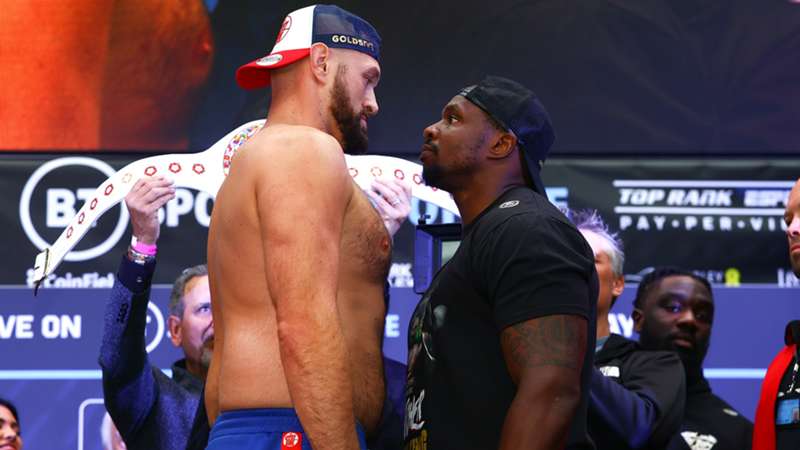 We’re just days away from witnessing one of the biggest boxing events of this year- Tyson Fury (31-0-1, 22 KOs) vs Dillian Whyte (28-2, 19 KOs) in a highly anticipated heavyweight title unification clash, with Fury’s WBC championship on the line against Whyte, the interim WBC titleholder.

Tyson Fury has reigned as the WBC heavyweight titleholder since dominating former champion Deontay Wilder in their rematch in February 2020 and “The Gypsy King” defended the belt against Wilder in their trilogy fight in October last year.

Dillian Whyte, on the other hand, won back his interim WBC heavyweight title in the rematch against Alexander Povetkin in March last year, after “The Body Snatcher” lost it to the Russian in their first encounter in August 2020.

The fight was ordered on 30th December last year by WBC president Mauricio Sulaiman, while the purse bid was won by Frank Warren’s Queensberry Promotions on 28th January with a winning bid of $41,025,000 (£31 million).

Aside from the main event, the Fury vs Whyte PPV is carrying two more title fights. Ekow Essuman, the reigning British, Commonwealth, and IBF European welterweight champion will defend his titles against Darren Tetley, along with Fury’s cousin and training partner Isaac Lowe defending his WBC International featherweight belt against Nick Ball. 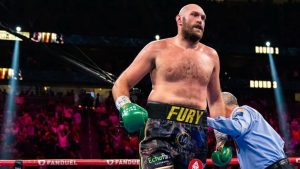 Fury’s younger brother Tommy, who pulled out of the Jake Paul bout last December, is also featured on the undercard and will take on veteran Polish boxer Daniel Bocianski in a light heavyweight matchup.

How to watch Tyson Fury vs Dillian Whyte in India?

Unfortunately there’s no Indian Broadcast partner for this fight in India.

How to watch Tyson Fury vs Dillian Whyte in the UK?

What is the Tyson Fury vs Dillian Whyte India time?

Tyson Fury vs Dillian Whyte will take place at the Wembley Stadium in London, England.

Heading into the fight, Fury is the betting favourite over Whyte.

Previous articleUFC Vegas 52: Lemos vs Andrade Odds and Prediction
Next articleBest Indian boxers all the time