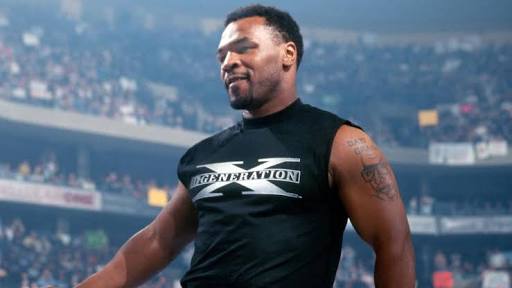 WrestleMania was a masterpiece of a concept by Vincent Kennedy McMahon which revolutionized the industry of pro wrestling. He risked a serious amount of money to get the show going, and now it is considered to be the “Grand daddy of all shows.”

Wrestlemania is synonymous with celebrities. Vince McMahon lured celebrities into the ring at the yearly event in order to gain mainstream attention, and it worked. Perhaps, the most interesting celebrity occurrence at WrestleMania was Mike Tyson at WrestleMania 14. He was a renowned face at the time and his participation in the event was a lot more than the average celebrity. Due to his contributions towards wrestling, he was later awarded the WWE Hall Of Fame award. 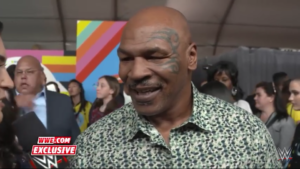 Earlier today, WWE social media representative Cathy Kelley had an one minute interview with the legendary boxer at the orange carpet of Kids Choice Show. When Kelley asked him about a possible return to WWE, he said, “Well, I’ll all in with the idea of comeback. I love the WWE. I’d love to be back. ”

Cathy then talked about John Cena being the host of the Kids Choice Award and Mike replied: “I’m so excited to see him, and my kids are very much excited. They’re going crazy over him.” Then Tyson gave an awesome replication of John Cena’s “You Can’t See Me” sign.

Cathy then informed him about Ronda Rousey’s in ring debut at WrestleMania 34, and Tyson replied that he is indeed aware of the fact and it will be exciting. Tyson also hoped that Ronda will do well in her WWE debut.

Incidentally, this year will be twenty years away from WrestleMania 14, where Mike Tyson had his best moments in WWE. It will be quite a surprise if Mike Tyson returns at WrestleMania, even if he is shown only in a backstage segment with D-Generation X.