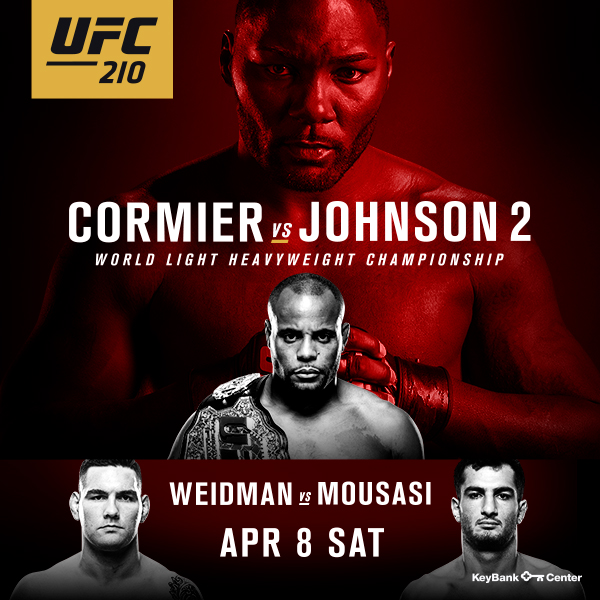 DC, firstly I wanted to ask you something puzzling. In wrestling terms, you’re the “heel” even against Rumble. Even a little while ago, you kind of taunted Rumble. Is it safe to say that you’ve embraced the heel in you?

Daniel Cormier: No man, I’m not taunting him. I don’t know; my issue is, if it makes me a bad guy because I tell the truth – the truth because I believe it, then that’s what I am. I believe… I’m not lying. I don’t lie about anything. All I do is say the truth. If the people don’t like the truth, then that’s on them. I’m not here making stuff up.

Everybody is entitled to their own opinions, and their right to cheer and boo whoever they want to boo. At the end of the day, when I when my fight, and I keep my belt, I bring the belt home to the people that matter (to me). The fans that support me, they share in those moments with me. The ones that don’t – they boo me in that moment, then they go about their business, and they can boo me next time they see me, or they can mess around on my social media, but that stuff doesn’t matter. The people that matter are the ones that support me, and the ones that are closest to me. 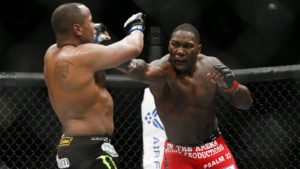 Rumble has improved a lot since your last fight, almost making a statement against Bader by showing excellent take down defence. What are your thoughts on Rumble being different than when you last fought him?

Daniel Cormier: Ryan Bader shot from half way across the Octagon. They said ‘fight’, and before Anthony could even come to the middle of the Octagon, he shot. What people are missing is that, Anthony Johnson was never a bad wrestler. He always could wrestle and defend takedowns. Anthony is a junior college champion in wrestling; he’s not a bad wrestler.

Nobody ever thought he was a bad wrestler. I never said he cannot wrestle; he obviously can defend takedowns. He defended a lot of my takedowns. I never questioned that.

And then we talk about him being a completely different fighter – I don’t necessarily know what you guys are basing this on. He beat Jimi Manuwa and took him down, but of course he is going to take Jimi Manuwa down. He’s a wrestler; Jimi Manuwa can’t wrestle. Then you’re talking about Ryan Bader; if I would’ve shot in on him from across the Octagon, he would’ve done the same thing to me.

He fought for a total of seven minutes since him and I fought. But he’s this completely different fighter! I have no idea where you guys are getting this from.

Moving away from the title fight for a minute; the LHW division is kind of in a limbo, with the same 3 – 4 guys fighting for the title in the past couple of years. What does Jon Jones’ return do to the division, and for yourself?

Anthony Johnson: Yeah, what I mean (is), I haven’t been thinking about Jon. That’s the last person that has even crossed my mind. You know what I mean? He’s just… I don’t have a reason to think about him right now. I have to fight Daniel, not Jon, so I don’t think about Jon.

Him returning or anything like that just isn’t in my thought process or whatever, you know? It’s just not relevant to me right now.

You’ve been on a tear recently; do you go into this fight looking for retribution? What’s your mentality, knowing that your last loss came to DC?

Anthony Johnson: My mentality is to just go out there and do my best. Do what I have to do to win. Just be myself and my thing. The cards are going to fall the way they’re supposed to, so I’m not really worried about anything.

Last time we spoke, you talked about climbing back into contention for the title. However, Bisping has chosen to fight GSP next, and now with rumours going around about GSP not fighting, Woodley has thrown his name in the hat. What do you think of the entire situation?

Chris Weidman: I think I need to prove myself – number one. I got to put on good performances. That’s what I want to do – I want to go out there, put on a good performance, and then, like Mousasi said, I hope the people back me, and they want to see me fight for the title. They want to see what’s going on; I am just going to keep fighting whoever they (UFC) put in front of me.

Gegard is one of the most versatile fighters, with him adapting to different opponents. From your fight with Yoel to now, what has been the major difference? Have you trained differently for someone like Gegard?

Chris Weidman: You know, I guess one major difference is, I don’t have to fight a southpaw for the first time in – I don’t know – four or five years. It’s a nice change to (inaudible). The last time that would’ve been was against Mark Munoz, so it’s been a while (since he fought someone who’s not a southpaw).

Other than that, no, I’ve trained really hard. I’ve been more motivated for this fight, and I really got myself in a great place mentally, spiritually and physically. I just feel great – healthy, and I’m excited to go out there and put on a show.

Gegard, your manager had previously said that the fight between you and Weidman might not happen. Now that we’re just a week away, do you think a victory over the former champion would put you in front of the line?

Gegard Mousasi: I don’t think (I will get a title shot). Yoel Romero is next, he’s the No. 1 contender. I’m not focused on the title right now. I’m just focused on Weidman, to get the win. That’s all. 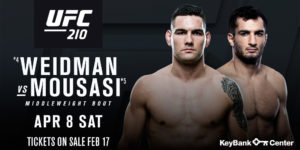 You had faced someone who has a wrestling heavy style against Latifi before. The way you adapt to different fighters or different styles is very impressive. How do you see the fight unfold?

Gegard Mousasi: I know how Chris Weidman’s going to fight. He’s going to come forward, he’s going to try to put the pressure on me, work on the cardio, do some wrestling, do some striking. But at the end of the day I’m prepared, I know exactly what he’s going to do, so I’m more than prepared. I got my skills, and I’m going to show it the 8th of April. I’m very confident, that’s all I can say.

Emphasising on the trash talk, and if he feels the same way now.

Previous articleThe Count gets antsy about his date with GSP
Next articleUnder the spotlight: Weight cuts once again take the centre stage