One of the biggest and the most stacked card of the year is just around the corner with three title fights in three of the most exciting weight divisions. The card also features three former title challengers looking to get back on track to their UFC journey. Let’s dig into this phenomenal card to unearth the facts and fights you don’t want to miss. 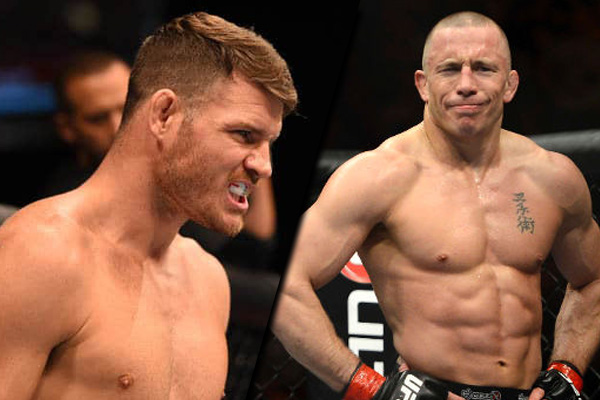 GSP makes his much-awaited octagon return after four long years away from the sport but still opens as the heavy favourite -150 over the reigning middleweight champion Bisping +120. Being underdog is nothing new to Bisping, who’s come back wins speak for themselves. It’s going to be a true test for GSP who moves up a weight division, deal with ring rust and fight against Bisping who has competed 8 times in the last four years. The stakes are higher for GSP, who if loses many will point to his inactivity. For Bisping, the stakes are even higher – he must defend his belt, beat a guy who comes in smaller and who fought as a welterweight his entire career. But Bisping has many superior advantages over GSP. His time spent inside the octagon, unpredictability, the dangerous left hook, more knockout power and durability. This fight will surely go the distance, but the scales tip more towards Bisping despite the odds. 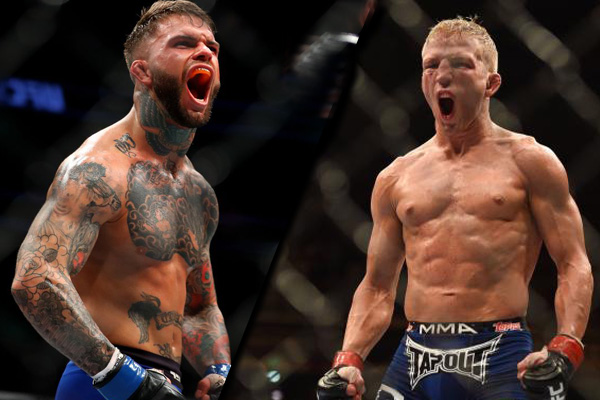 No love lost between the former training partners turned arch-rivals who battle it out in the co-main event. Cody has turned out to be the bully and has invested a lot of his emotions in this fight to set things up against Dillashaw. They both are excellent strikers with solid wrestling base. Dillashaw possess the quickness in feet, fights off beautifully in both the stances and has the unpredictability factor that can catch Cody any time. But what sets up Cody is his sheer knockout power and confidence as the fight progresses. If he gets too emotional and starts to brawl, Dillashaw can surprise him at his own game. Dillashaw opened as an underdog but has more diverse skills set and continues to evolve his game. If this doesn’t go the distance, then either of them gets to the floor. 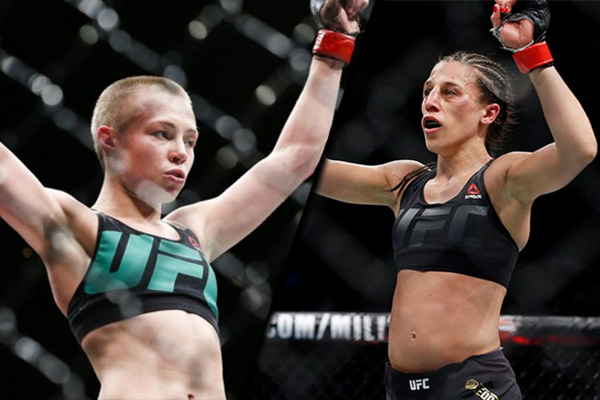 Rose gets her second title shot but against a totally different fighter she has ever faced. Joanna has speed, striking accuracy, volume and the nature of getting more violent as the fight progresses. Rose needs get the early rounds in her favour by implementing her own pressure, ground game and momentum against Joanna who has shown signs of getting wild and caught like her title fight against Karolina. Any leg kicks from Joanna could be an invitation for the fight to be played out on the ground as Rose can get technical and latch on to a submission within seconds. On paper Joanna has all the skills to take this win, but things could turn out bad for her if a different version of Rose turns up. If Rose manages to withstand the high volume strikes and take Joanna to the ground, then things can take a U turn. 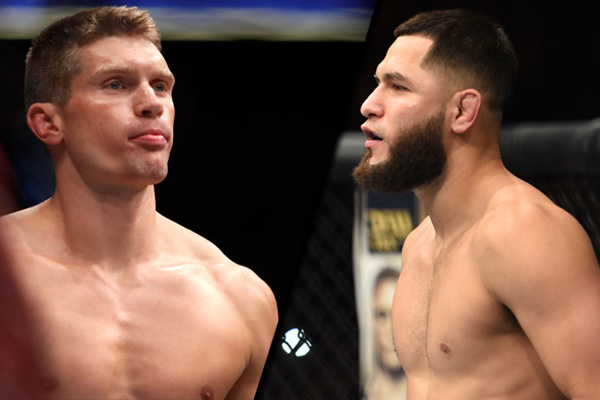 Stephen having fought two 5 round brutal wars against Tyron Woodley is also coming off a loss and this might have taken a toll on him. It has even left open the holes in his game; which he should be looking to have overcome against the relentless ‘Gamebred’. Jorge Masvidal was on rampage until he lost a split decision to Demian Maia in his last fight. Masvidal has shown tremendous improvement in his game by adding more Muay Thai kicks and boxing. Stephen will be more elusive initially but as the rounds progress Masvidal would catch up to him with his deep experience. Both the fighters haven’t won any of their fights through submission over the last four-five years, which leads to a total stand up striking war. While Masvidal has a solid game plan, and if he manages to get Stephen to the ground things could get easy for him. It’s yet another five rounder fight with odds in favour of Masvidal. 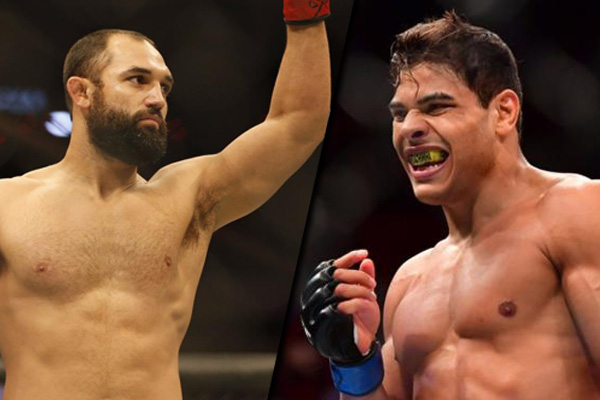 Paulo Costa gets a big-name fighter for his second UFC outing after he brutally knocked out Oluwale in his last fight. It’s a big step up for the Brazilian who fights a decorated wrestler who once looked unstoppable with his brutal punching power. Hendricks has been on a bad run since 2014 and is 1-4 in his last five fights. Paulo Costa can put to sleep any middleweight that gets contact with his hands. Hendricks needs to stay away from his punching power and rely more on his wrestling to neutralize Paulo and ground him on the ground forcing to drain his cardio. On paper this fight is not meant to go beyond the second round, but if it manages then Hendricks can get his hand raised. 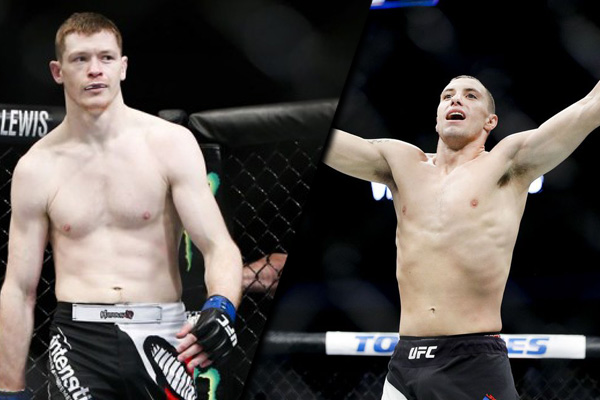 James Vick steps up the competition against a durable Duffy who has faced considerable opponents than Vick. Except his height and reach Vick doesn’t bring in much difficulty for the Irish. At a striking level, Duffy would outclass Vick both in the punching and kicking department. While Vick can perform in the grappling department, it’s nothing that Duffy has not seen. This one should be another quick win for Duffy who has shown tremendous improvement in his game since his loss to Dustin Poirier. Duffy picks up the win as they both go the distance. 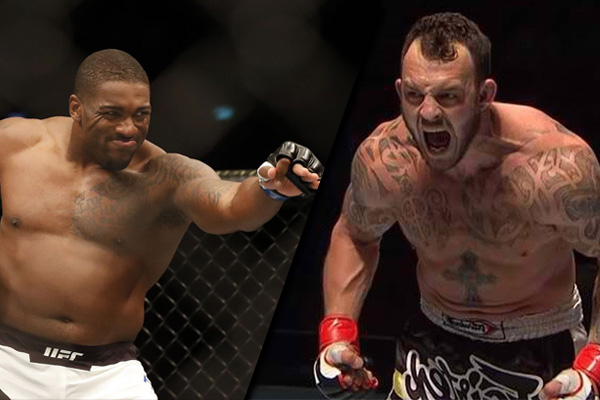 Both the heavyweights were scheduled to fight last month, but a last-minute replacement saw Harris step in against Werdum and lose via submission. It’s a surprise that this fight was re-scheduled so quickly – not a good thing for a fighter who just lost thirty days ago. The confidence levels of Harris might be low with his last performance and Godbeer should have learnt a thing or two from it.  Goodbeer holds good with his striking but his ground game needs a lot of improvement. He would be looking to finish the fight standing and going the distance. 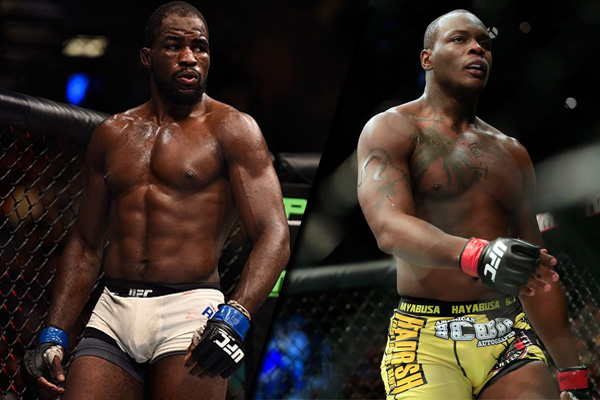 OSP steps in for a quick replacement for Cummins who pulled out due to staph infection. OSP has rebounded after his three-fight losing skid where he stopped Marcos and Okami in his last two fights. While the last fight might not go in his favour, Corey still possesses the skillset to hang with equally sized light heavyweights. Corey’s boxing is much crispier than OSP’s and his fast-paced forward momentum can cause problems for his opponent. It might be difficult to finish OSP on the ground, but having a full fight camp will surely give him an advantage over OSP to take it till the last round and get his hand raised.

Previous articleUFC 217: Pre-fight Press Conference
Next articleThe Boogeyman is out for McGregor