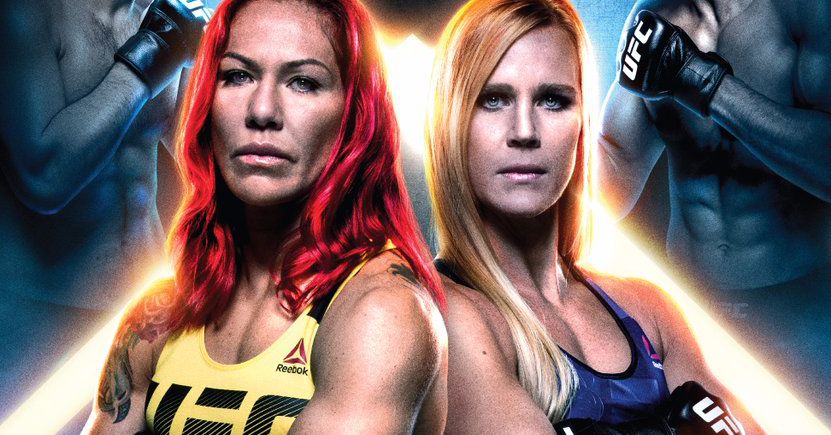 The final UFC event of 2017 is going down this weekend at the T-Mobile Arena in Las Vegas featuring
the two most dominant female MMA fighters – Cris Cyborg and Holly Holm. Cyborg defends her
featherweight title as she welcomes the former women’s bantamweight champion Holly Holm to
this new division. In the co-main event, Khabib Nurmagomedov makes his yearlong return against
Edson Barboza in a fight to claim the status for the no. 1 lightweight contender.
1. Women’s featherweight champion Cris Cyborg hasn’t lost a fight in the last 12 years winning 18
straight fights making it the longest reign in women’s MMA
2. Cyborg has won her last 12 fights ether by TKO or KO
3. Khabib Nurmagomedov is the only lightweight division fighter to have a perfect undefeated
record of 24-0, winning all his 8 UFC appearances
4. Jimmie Rivera has won all his last 20 fights while competing in 7 MMA organizations since 2009
5. Jimmie Rivera has also gone the distance fighting full five rounds for a whopping 14 times
6. Carlos Condit is the only fighter on the card with the highest number of MMA fights, a total 40 in
his 15 years of fighting career
7. Mark Diakiese and Dan Hooker both have a 50% KO ratio, making their fight an exciting one to
watch
8. In a first of a kind, NSAC has approved a test run for glove sensors that will track 70 different
insights including movement, range, punch power, strength and stress. The technology behind is
the analytics and AI that in real time will track the fight.

A classic striker vs. striker matchup between the two highly decorated female MMA fighters on the
planet. Cris Cyborg, the former Invicta FC champion will rely on her traditional Muay Thai striking
and aggressive forward movement. While the former women’s bantamweight champion Holly Holm
will rely on her elite boxing and kickboxing skills. Cyborg is also known for her heavy hands and
strong takedown defence. Holly Holm’s only potent weapon is her leg kicks, which she used to KO
Ronda Rousey. Holly is also good with her movement to evade the forward moving aggressor and
counter with her side leg kicks. There’s no doubt these two possess skills that will take them to the
championship round, but one question remains – who will be the first to take the fight to the
ground? Holly has had one win via submission and Cyborg has never had to rely on it to win a fight.
However, her only loss was due to a submission in 2005.

Finally, Khabib is back in action and against an explosive fighter like Edson Barboza in a fight most
agree would decide the fate of the next challenger for Tony Ferguson or Connor McGreggor. Edson is
currently on a three-fight win streak defeating the likes of Pettis, Melendez and Beniel Dariush. But
he’s fallen short against top talent like Tony Ferguson, Cerrone in the past. Against a gritty wrestler
like Khabib his ground game will be put to test. Khabib is known to strike well with strikers. But it’s
been a while since we’ve seen him in the Octagon against strikers like Edson Barboza. 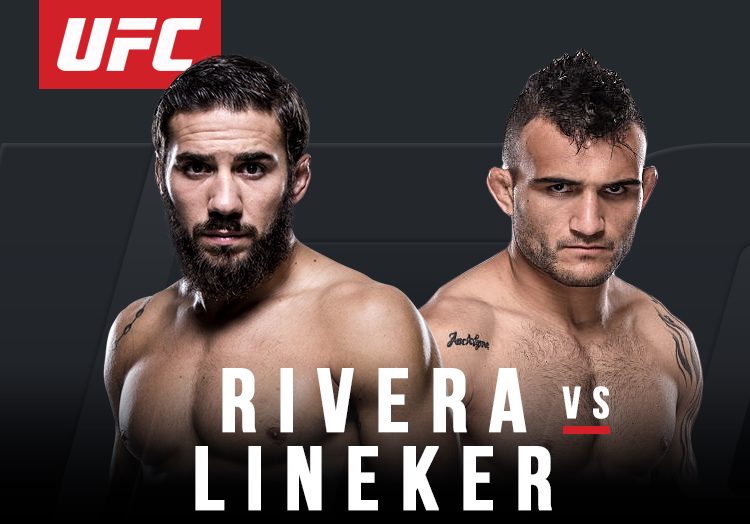 #4 ranked bantamweight Jimmie Rivera has been on a tear ever since he signed with the UFC. He’s
won unanimous decisions against Thomas Almedia, Uriajh Faber and Iuri Alcantara showcasing his
striking and ground game. There’s a reason Jimmie has won his last 20 fights in a row and why he is
the slight favourite against the hard hitter Lineker. On the feet and on the ground, Jimmie has

proven time and again his elite skills. While the #6 John Lineker rebounded from a loss to TJ
Dillashaw but facing a tough opponent like Jimmie would make him rethink his reckless strategy
again and figure out a way to win in a dominant fashion only to be back in the title mix.

Just under a year ago Cynthia made her UFC debut and she’s already competing for the fourth time
this year. In her previous three fights she defeated Joanne Calderwood, Pearl Gonzalez and Amanda
Cooper. But as the competition improved the wins didn’t come easy for Cynthia. Her next opponent
Carla will be her biggest name – a former strawweight champion who now slipped to the #9 spot.
Carla has been 2-2 in her last four fights having lost to tough opponents – Joanna and Randa Markos.
Cynthia will be her next big test of recent times, as she’s known to bring in the fast pace and
accurate striking. Carla’s ground game is the only x factor that can stop Cynthia’s take downs and
GnP. If Carla manages to stand with Cynthia, she can pull off a big win and look to resurrect her
career again.

Carlos Condit again faces the same adversity he has been through when he lost back-to- back fights
to GSP and Johnny Hendricks. Having lost his last two fights Condit now faces a chance to rebound
and get back on the track against Neil Magny who’s a decent striker, but lacks absorbing heavy shots
and his takedown defence has been a real disappointment recently. Condit is a dangerous striker,
but his long absence from the octagon raises several questions. Magny has long range and athletic
ability which has helped him win the odds against Kalvin Gastelum, Hector Lombard and Johny
Hendricks. If he can put them to work against a rusty Condit, Magny can rebound from his previous
loss. 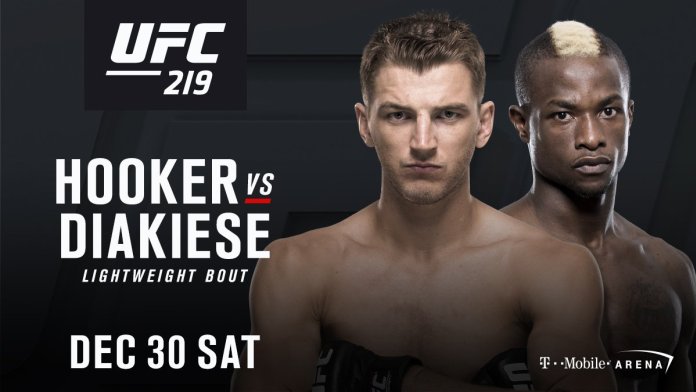 When both these aggressive strikers meet inside the cage, fireworks are guaranteed, and the fight
could even be awarded with the ‘Fight of the Night’ honours. Seven of Dan Hooker’s fourteen wins
have come by KO and in his last fight he stopped Ross Pearson with a crazy knee. He’s tasted
alternate wins and losses in his UFC career but never failed to put on an exciting fight for the fans.
Marc Diakiese never faced a well named opponent in his career and was handed his first career loss
which came as a split decision against Drakkar Klose. Dan Hooker will be his toughest challenge, but
with his speed and movement he could very well handle Dan’s pace who is known to get reckless at
times.