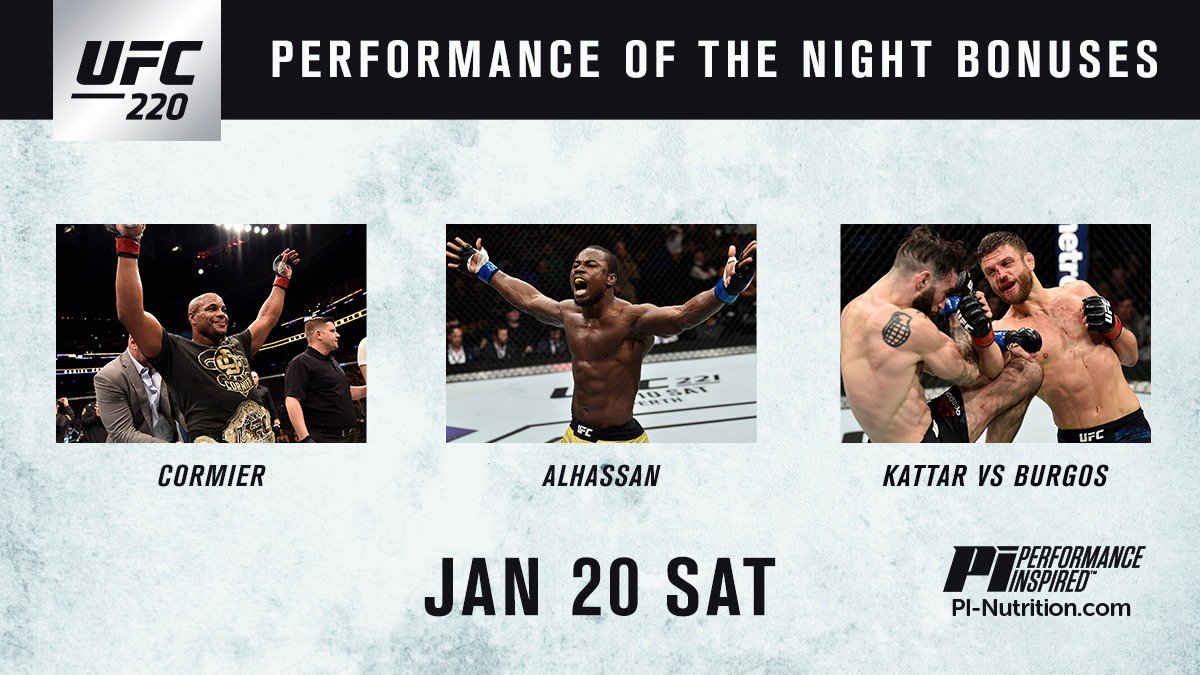 Calvin Kattar scored a third-round TKO victory over Shane Burgos in the pay-per-view portion of UFC 220 at the the TD Garden, and both fighters were rewarded with extra $50,000 for the best bout of the night.

Kattar improved to 2-0 inside the Octagon with the victory, and is now riding a 10-fight winning streak.

UFC light heavyweight champion Daniel Cormier was also given the same amount of cash for one of the best performances at the event. “DC” finished the dangerous Volcan Oeizdemir via second-round TKO to defend the 205-pound championship.

Abdul Razak Alhasan, who scored a brutal knockout victory in his rematch with Sabah Homasi in the preliminary portion of UFC 220, also pocketed $50,000 for his performance.

Performance of the Night – #UFC220