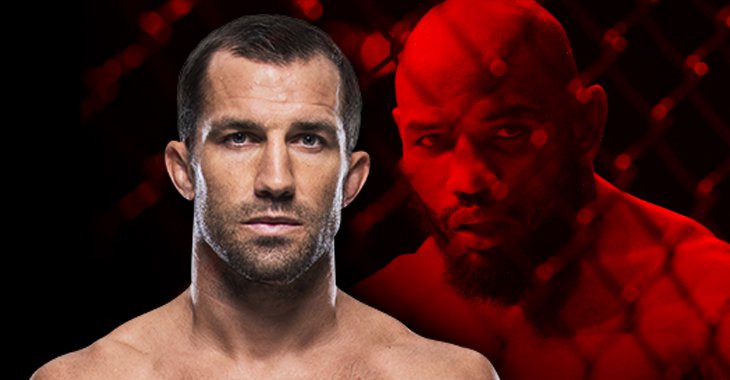 Slick punch catches Jumeau coming in! 🇯🇵 @MMA_Daichi is all over the Kiwi here in round 1! #UFC221 pic.twitter.com/r0A435XrFk

FORMIGA!!@JussierFormiga drops Nguyen w/ a spinning back fist, then locks in the RNC and puts him to sleep!

Alexander Volkanovski defeated Jeremy Kennedy via TKO in round 2

"The rest of the strikers in this division…you're on notice." — @jimmysmithmma

Tyson Pedro defeated Saparbek Safarov via submission in the first round. Saparbek Safarov was stepping back into the octagon after being away for more than year. Both the light heavy weights were coming off a loss from their previous fights. Pedro looked in a better shape than Safarov, but Safarov wanted to make a mark and opened the fight with his strikes then took Pedro to the ground. Pedro was quick enough to get back to his feet. Safarov had only one thing in mind – take the fight to the ground. He misses the front kick from Pedro who lands few shots upstairs. Safarov gets another takedown but is unable to keep Pedro on the ground. As they both are locked in, Pedro goes for a standing kimura and takes Safarov to the ground where he locks his leg over his head and the Russian has no option but to tap out at 3:54 secs of the first round.

WHAT?!?!?!@Tyson_Pedro_ pulls off the SLICKEST submission in round 1!! #UFC221 pic.twitter.com/xhljy4OFyt

Jake Matthews defeated Jingliang Li via unanimous decision. Both Jiang and Jake exchange heavy blows in the opening round but Jake is getting better exchanges as he drops Li on the ground . Jakes gets the full mount position and looks for the finish. Li tries to escape and Jake his takes his back in the process. With the round ending, Jake takes the lead on the scorecard. In the second, Li lands an uppercut but is unfazed and catches Li in a guillotine position but Li pokes his fingers and the referee warns him to let loose. Once they are back on the feet, they both go in for the kill swinging for the fences. The final round follows the same story as both these welterweights are going for the head and trying to knock each other out. Jake is bleeding heavily but continues to smack talk and respond with his counter strikes.

BOP!@JakeMatthewsUFC drops Jingliang in round 1 and moves to full mount!! #UFC221 pic.twitter.com/YBVkDnKQX2

Tai Tuivasa defeated Cyril Asker via TKO in round 1. This fight would definitely not see the second 5 mins mark. Tai gets punched in the mid section as the round opens and return an uppercut. He connects with a heavy right hand and then couple of upperucts, hooks and a final elbow as Asker is up against the cage. Looks like its going to get finished anytime now, but Asker is still standing. Tai smells blood and lands punches that send the Silverback to the mat and the fight gets stopped at 2:18 secs.

Curtis Blaydes def. Mark Hunt via unanimous decision. The biggest win for Curtis Blaydes comes as he stuck to his game plan of not standing and banging with the legend Mark Hunt. The opening round was clearly dominated by Mark Hunt as he circled around and landed nice shots keeping Curtis Blaydes at distance. Blaydes was able to land 10 takedowns despite being outgunned and outstruck in the second where it seemed like Mark Hunt was about to finish him. But a quick thinking from Blaydes turned the fight around.

OHHH @MarkHunt1974 ROCKS Blaydes, but @RazorBlaydes265 recovers and gets the takedown! What a round! #UFC221 pic.twitter.com/0tda493rPa

Yoel Romero defeats Luke Rockhold via KO in the third round. In the first round, Luke Rockhold was doing everything right, as he picked up the finer points from Romero’s fight with Whittaker. Luke kept on landing those leg kicks and body kicks to soften up Romero. Rockhold kept on pushing the pace without giving much room to Romero who could explode any time. Romero changed things up in the second and charged up putting Luke on the back foot. He landed some clean shots but Luke managed to get out of danger zone. As the rounds progressed, Romero sensed the urgency to finish the fight quickly and landed a double jab and a overhand left as Luke was moving back. A clean KO at 1:48 secs of the third round.

Romero charges at Rockhold with punches across the Octagon! @YoelRomeroMMA coming out swinging in round 2! #UFC221 pic.twitter.com/J4w5kQpRvB