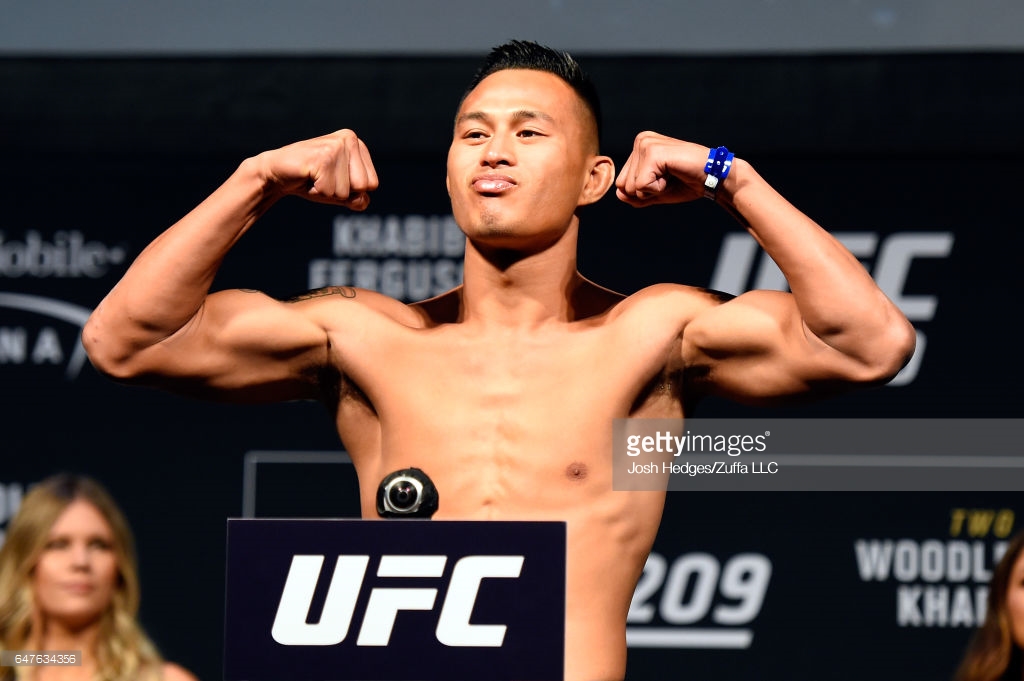 It’s fair to say that UFC 222 had its fair share of exciting moments. However, it also possessed a lot rather weird incidents. One such incident occurred in the main fight card of the event during the bantamweight bout between highly rated prospect ‘Sugar’ Sean O’Malley and Andre Soukhamthath. In the third and final round of their fight, O’Malley looked to have badly injured his right leg, the injury was so bad that ‘Sugar’ wasn’t even able to properly stand on his leg and was constantly hopping on one leg. However, instead of using this to his advantage, Andre instead took his opponent down and unwittingly tried to finish him on the ground. He has since been at the receiving end of a lot of criticism. However, “The Asian Sensation” has now come out and responded to all the criticism.

Soukhamthath has a MMA record of 12-6 and a UFC record of 1-3. All of his career losses have been via judges’ decision. On the other hand, O’Malley is a top prospect who is still undefeated in his MMA career with a record of 10-0.

‘Sugar’ O’Malley dominated the first two rounds of their fight with relative ease. He kept his distance and constantly slammed him with a repertoire of kicks and punches. “The Asian Sensation” also got dropped by a big punch at the end of the second round and was continuously dominated by Sean. After O’Malley hurt his leg in the third round, Soukhamthath unwittingly took him down and tried to finish him. However, his efforts were in a vain and ‘Sugar’ won the fight via unanimous decision.

“The Asian Sensation” has been at the receiving end of a lot criticism from both fans and pundits alike. He was even criticised by the UFC President Dana White. However, Soukhamthath has now responded to all the criticism and given out a statement on the UFC 222 debacle in an interview given to ESPN. He revealed that he was dazed for the rest of his fight after getting knocked-down and claimed that he had no idea why he decided to take him down. Here’s what he had to say:

After he rocked me, I still stayed in the fight, but I was kind of dizzy and dazed afterwards,That shot really threw me off the rest of the game plan in the fight. I really wasn’t there.

I think I was just fighting with instincts. I definitely regret it, because I’m a striker first and a wrestler second. If I would have just done my thing out there, I easily would have won the fight.

Previous articleBibiano Fernandes plans of having a memorable trip to Bangkok by retaining ONE gold
Next articleUFC:Darren Till wants Rafael Dos Anjos at UFC 224 in Rio de Janeiro