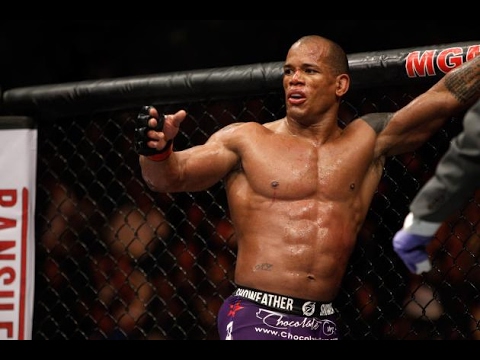 UFC 222 is now in the books and while it had a lot of exciting and thrilling moments, it also had it’s fair share of controversies. There was one incident in particular that has been clouded by a lot of controversy was C.B. Dollaway’s disqualification victory over Hector Lombard. The highly decorated grappler has now come out and revealed his thoughts about his disqualification. In a recent interview given to MMA Junkie, the Cuban-Australian stated that he isn’t willing to accept this loss and will be appealing to get it overturned.

Lombard has been on a downward spiral in his career. He is currently on a five fight losing streak and might soon get cut off from the UFC roster.

In his fight at UFC 222 against Dollaway, at the end of the first round, Lombard landed two big, heavy punches after the bell, which knocked-down the American and gave him a suspected concussion. “The Doberman” was rendered unable to continue after the illegal strikes and the fight was called off. However, the Judoka is planning to appeal and have his defeat overturned to a “no contest”. Here’s what he told MMA Junkie:

“I feel like it should be a no contest, I don’t see why (Dollaway) gets the win, there’s a rule that you protect yourself at all times during the fight. If he throws a kick at me, I’m going to throw back. I don’t think I did anything wrong, and I don’t feel like I have to apologize to anybody, I just feel like he didn’t want to fight, and that’s not on me. I think the referee should’ve been closer, especially when the round is about to end, You have to be closer, because we’re exchanging punches.”

Here’s what his manager Narcis Mujkic had to say:

“There are other examples of punches after the bell, Hector was doing a combination and had muscle  memory and was doing what he had to do.”

Previous articleUFC: Mackenzie Dern reveals when she wants to fight next
Next articleBellator:Legend Mirko Cro Cop signs with Bellator,makes his debut vs Roy Nelson at Bellator 200 in London