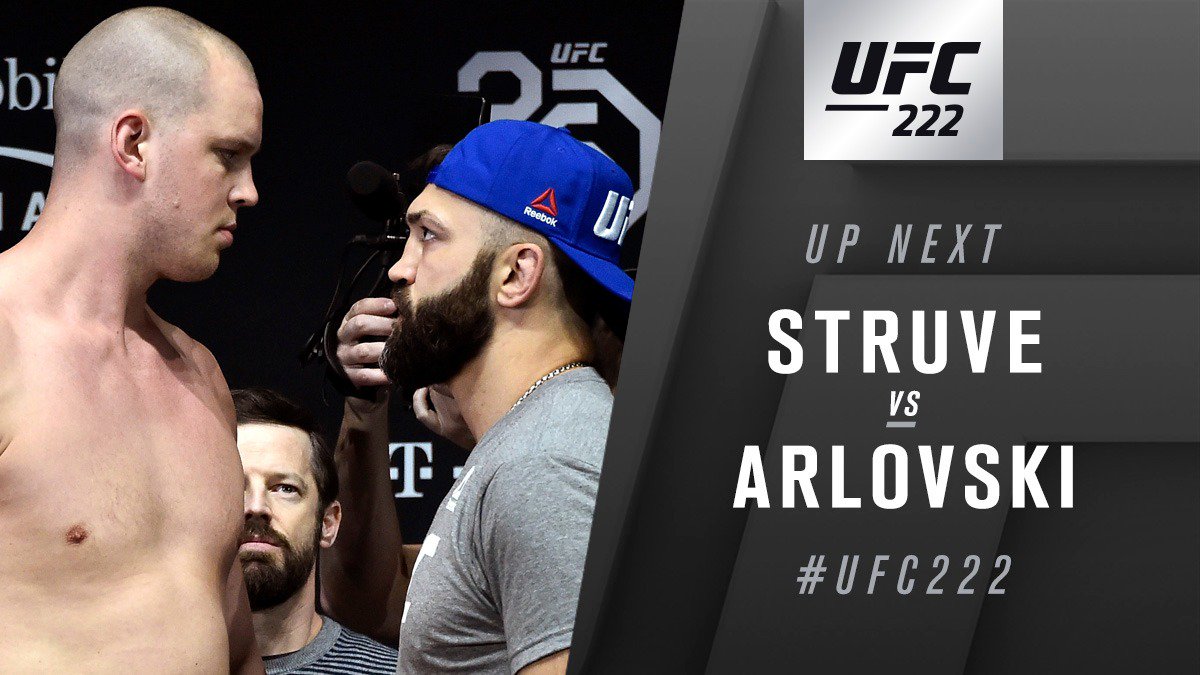 Arlovski appears to be more cautious of the sky scraper Struve who is extremely good on the feet and the ground. But Arlovski begins to play his own game and takes down Struve twice in the first round. Struve eats more inside leg kicks and his inside thigh goes completely red. In the second, Struve is the one to drive the momentum as he clinches and locks Arlovski with his legs on the ground. They both clinch ear the cage where Struve picks up Arlovski and tries to slam him to the ground. Arlovski gets eyepoked and the fight gets paused for a minute. They both resume and Struve is the one landing leg kicks. Final round and both the heavyweights are going at it, with Arlovski leading in the number of strikes landed. Eye poke from Arlovski gets the fight paused. Once they resume, Arlovski gets another take down with less than a minute remaining.