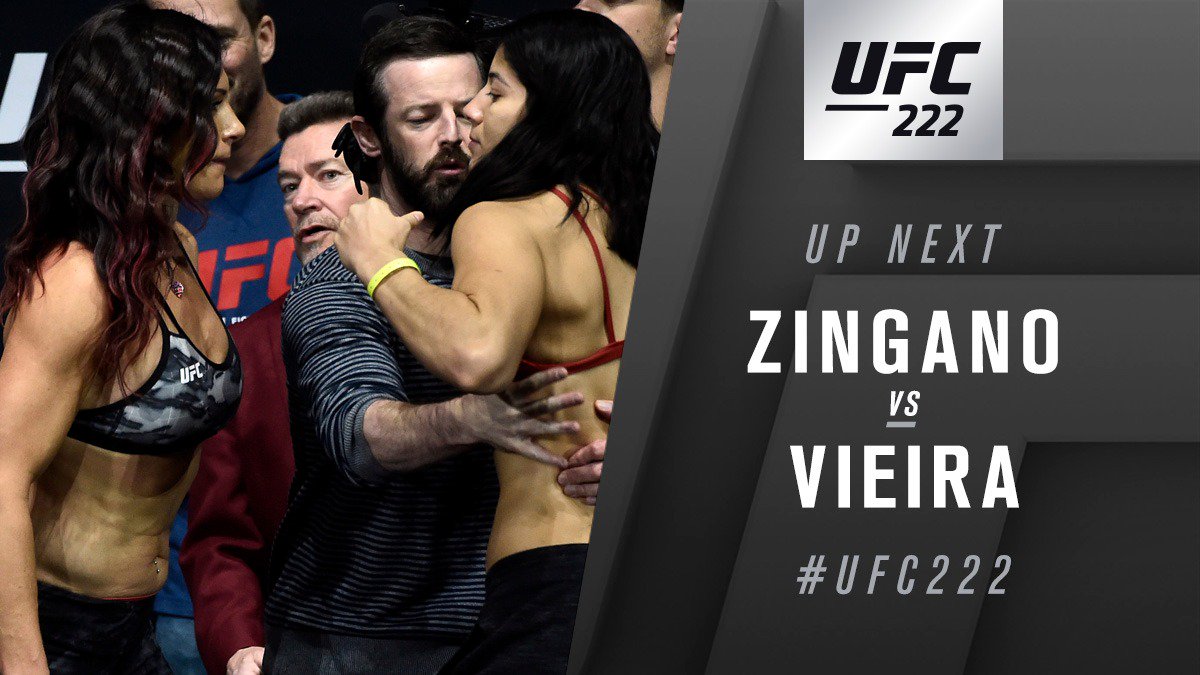 Cat looked a bit slow in the opening round, but she kept landing those over hands. The leg kicks and knees did most of the damage to Ketlen who kept on eating them and moved ahead. Ketlen was able to take Cat to the ground and stay there until the end of the round. Ketlen got to a quick start in the second round with a judo throw and took down Cat with a bang.  Cat continued to fight off her back with punches, elbows and up kicks giving no room for Ketlen to make her move. Cat opened the final round with a blitzing head kick and punches but ended up hurting her leg and taken down. Once shes back up her feet Cat is all over with her strikes while Ketlen stays patient and looks to neutralize her opponent.