UFC 223 Bout Sequence has been revealed 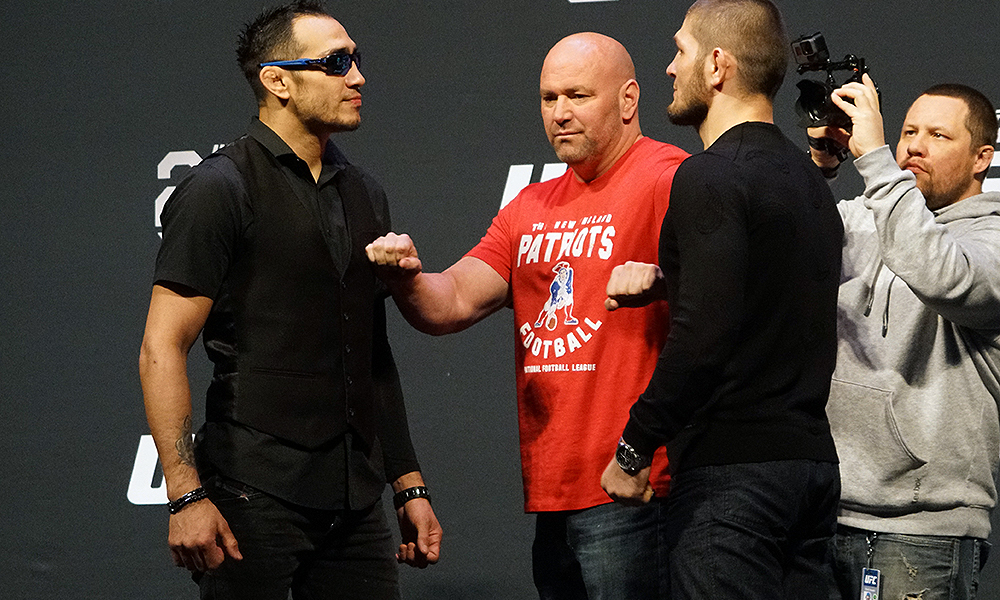 UFC 223 is probably the most hyped MMA pay-per-view of the year. It is also surely the most anticipated UFC fight card with arguably the biggest lightweight fight in the history of the sport serving as the main-event. A fight which on paper is so good, that it has the potential to become the fight of the year and probably even the greatest UFC fight ever. It also consists a highly awaited grudge rematch for the women’s strawweight title and some exciting fighters such as Anthony “Showtime” Pettis, Michael Chiesa, Ray Borg, Karolina Kowalkiewicz, Joe Lauzon, etc. With so many exciting match-ups there was a lot of confusion among the fans, as to which fight will feature on the main card and which one’s will be on the preliminary cards. However, the bout sequence for the event has now been announced.

UFC 223 is scheduled to take place at the Barclays Centre in Brooklyn, New York on the seventh of April. A fight for the undisputed title between the current UFC interim lightweight champion, Tony Ferguson and Khabib Nurmagomedov will headline the event. While the rematch for the strawweight title between Rose Namajunas and Joanna Jedrzejczyk has will be the co-main event of the evening.

The UFC have now officially confirmed the bout sequence for the event. Stars such as Pettis, Chiesa and Al Iaquinta will also be on the main card. Apart from that, the prelims will have fighters like Ray Borg, Joe Lauzon, Artem Lobov, Alex Caceres, etc.