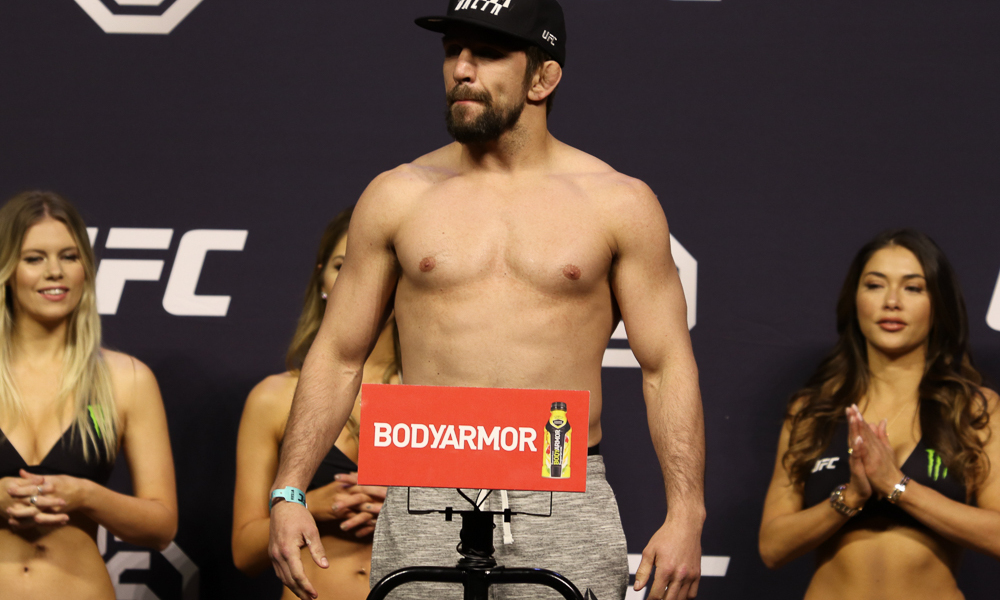 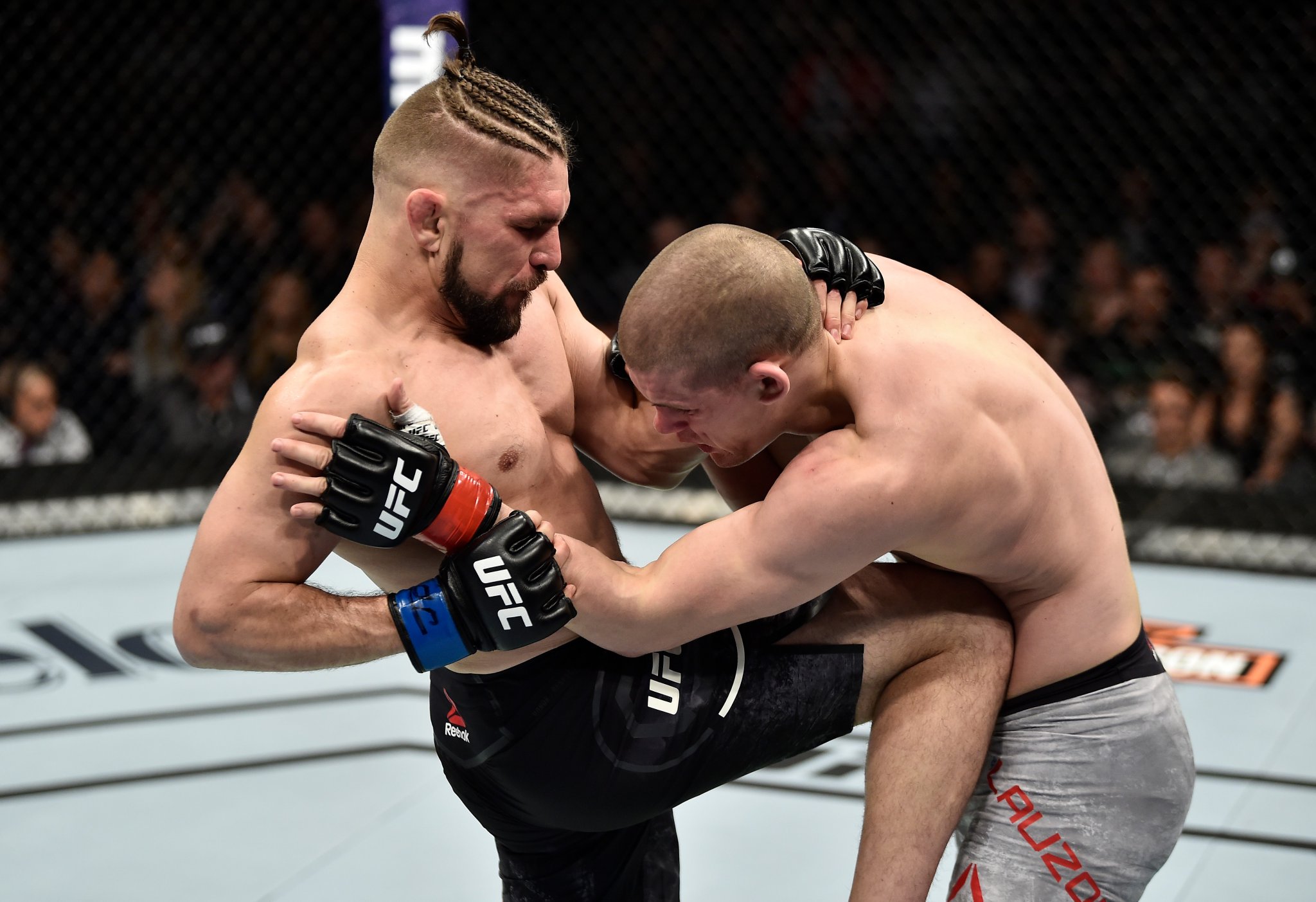 It’s been 14 long years since Joe Lauzon made his MMA debut and his entire career has been marked with fights that defined his fighting style. But tonight it was all Chris Gruetzemacher who put on a dominant performance. The first round began on a slow note but as the round progressed Chris started to land more significant strikes. It took a while for Joe to come back but he lacked power in his punches. Chris got the better of Joe as they clinched and traded punches. Chris did an excellent job of mixing up short elbows, body shots, uppercuts and leg kicks which caused serious damage to Joe’s right eye. By the end of the second round, Chris has landed more than 125 significant strikes sending Joe fully bloodied and with empty gas tank to his corner who did the right thing to stop the fight. Joe has now lost three in a row while Chris rebounded from his two fight losing skid.