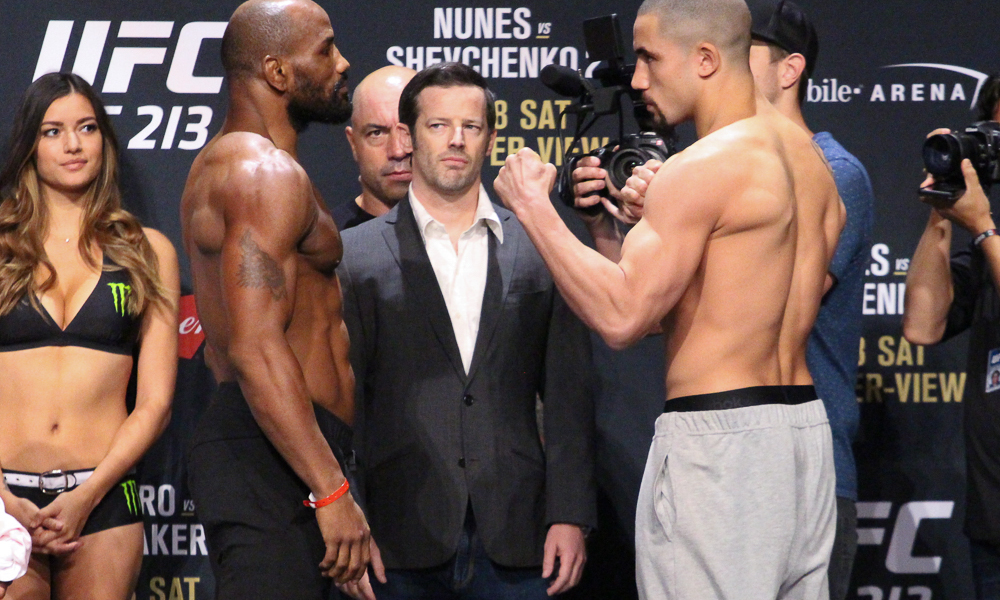 The current UFC middleweight champion Robert Whittaker and number 1 contender Yoel Romero seem destined to fight. Since their first fight last year, it seemed that Romero’s road towards a title shot at middleweight had been demolished. However, around eight months later, Whittaker is now the undisputed middleweight champion and no other fighter has made a stronger case to be rewarded a title shot than “The Soldier of God”. If certain news reports are to be believed then Romero might be challenging for Whittaker’s title at UFC 225 in Chicago.

Whittaker had been a welterweight almost throught-out his career. However, even though he isn’t really a big middleweight, the weight cut at a 170 pounds was still too brutal for him and all his career losses came at welterweight. He finally decided to step-up in weight and has been a revelation ever since.

“Bobby Knuckles” has a MMA record of 19-4 and has never lost a fight at a 185 pounds. He has is currently on an eight fight win streak and truly announced himself at middleweight by easily dispatching ‘Jacare’ Souza via TKO at UFC on FOX 24. He then defeated Romero in his next fight to secure the interim middleweight title in the main-event of UFC 213. He has suffered some injuries and hasn’t fought since then. He was later promoted to the undisputed champion, after Georges St-Pierre vacated the title due to his issues with colitis.

On the other hand, Romero fought Luke Rockhold in his last fight at UFC 221. He won the fight in a rather impressive fashion by brutally knocking-out the former champion via a punch.

The Cuban had seemingly secured a title shot after his dominant victory over Rockhold. It was later confirmed by the UFC President Dana White that Romero will face Whittaker in a rematch for the title next. Hence, it is now widely being reported that the duo will soon face off. The news was first broken by Chris Taylor of BJ Penn.com on Twitter. The noted journalist reported that Whittaker vs. Romero-2 is a done deal and will serve as the headliner for UFC 225. Below is Taylor’s tweet:

Breaking! Per sources Yoel Romero vs Robert Whittaker 2 is a done deal for #UFC225. The title fight rematch is expected to serve as the main event in Chicago!

UFC: Brian Ortega down to fight TMZ anchor’s 78-year old grandmother if the money is right

Previous articleONE Championship: Indians Amitesh Chaubey and Puja Tomar both lose out at Visions of Victory
Next articleUFC: Tyron Woodley claims to be training Floyd Mayweather for his UFC debut