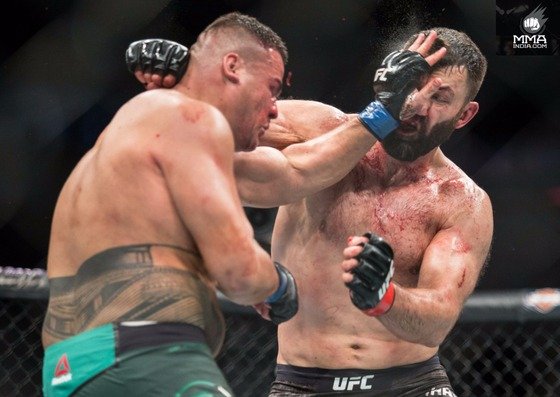 For the first time, Tai Tuivasa experienced a full three round war in his entire career. The fight began with the usual Tuivasa pressure, as he dropped Arlovksi with a crisp left hook. Tuivasa got cut on his nose and started bleeding profusely that slowed his momentum in the second round. But as the rounds progressed, Tuivasa displayed signs of frustration as he was unable to put away Arlovski. The fight turned into a kickboxing match as both the heavyweights landed some leg kicks and body kicks. Tuivasa got the better in the boxing department as he landed combinations that for a second stunned Arlovski. The biggest win for Tuivasa and a big learning curve fighting a veteran and legend of the sport.