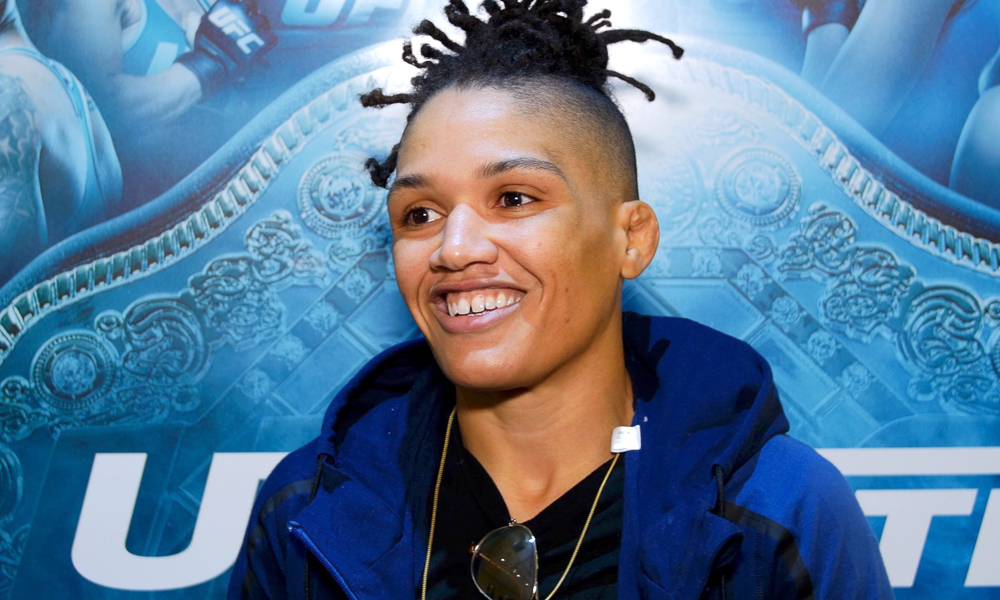 UFC 230 is exactly a month away and it was announced last night that the card will be headlined by Sijara Eubanks and Valentina Shevchenko for the vacant UFC flyweight title. Initially, Valentina Shevchenko was scheduled for a  bout with Joanna Jedrzejczyk at UFC 231, but they moved the fight to UFC 230 instead.

Valentina was supposed to challenge then-champion Nicco Montano at UFC 228 on Sept. 8, but Montano was hospitalized due to the bad weight cut a day before the weigh-ins.

However, people aren’t very happy with the scheduled main event and many expected that Nate Diaz and Dustin Poirier will be the main event fighters. In fact, a few days back both Nate and Dustin announced on Twitter that they both will be fighting for the inaugural UFC 165-pound title, but Dana White shut that down.

Even Joe Rogan was shocked by the main event and said about it on his Podcast that:

“What?!” Rogan’s reaction to the report of Shevchenko vs. Eubanks.

“No offense, but I don’t even know who Sijara Eubanks is, and I’m the commentator for the UFC,” Rogan added.