UFC 231 ‘Holloway vs. Ortega’ Results – Gunnar Nelson Makes a Valiant Return, Chokes Up A Bloodied Oliveira in Round 2 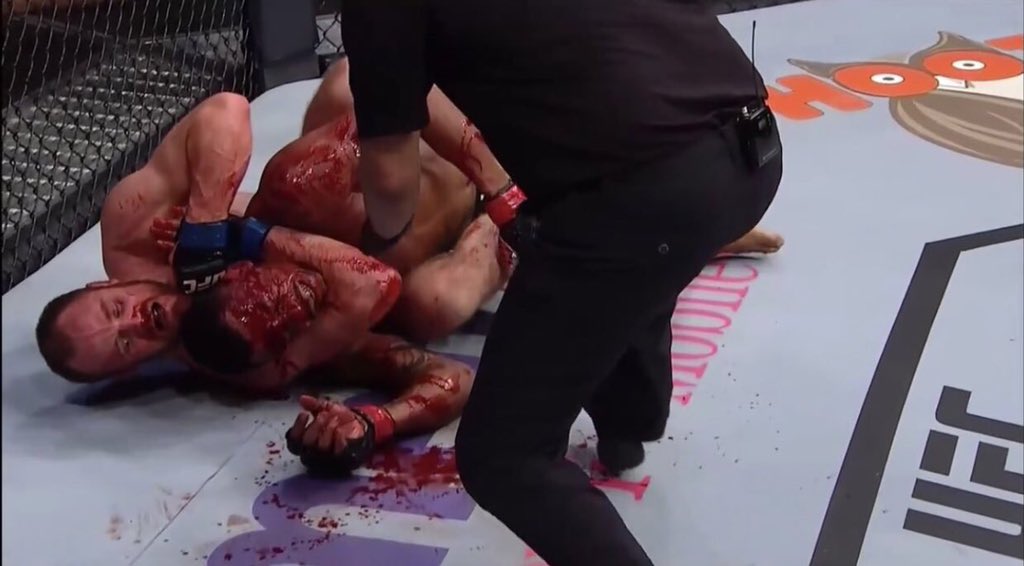 Gunni returns.@GunniNelson is back and is making the walk to face Alex Oliveira on PPV. #UFC231 pic.twitter.com/89hNkOIdTj

With more than an year away from the octagon, Gunnar Nelson had to make a solid come back to the welterweight division and boy he made it in his classic gunny style. Oliveira was a good test for Gunnar Nelson, with his striking and good ground game. Gunnar wasted no time in trying to take Oliveira down, but a fence grab from the Brazilian was caught by the referee who had to warn him for his doing. Gunnar takes him to the ground but in the process gets reversed and finishes the round on top to win the round. Round 2 and Gunnar doesn’t display any signs of frustration as Oliveira tries to take him down to the ground. Gunnar makes it easy with his own takedown and starts hammering down punches & elbows as Oliveira is bloodied up. Gunnar gets the back and goes in for a choke but a gash of blood pours out and the referee had to step in to stop the fight as Oliveira taps in pain.

What a good first round by the both of them. Cowboy came back at the end with some good ground and pound!