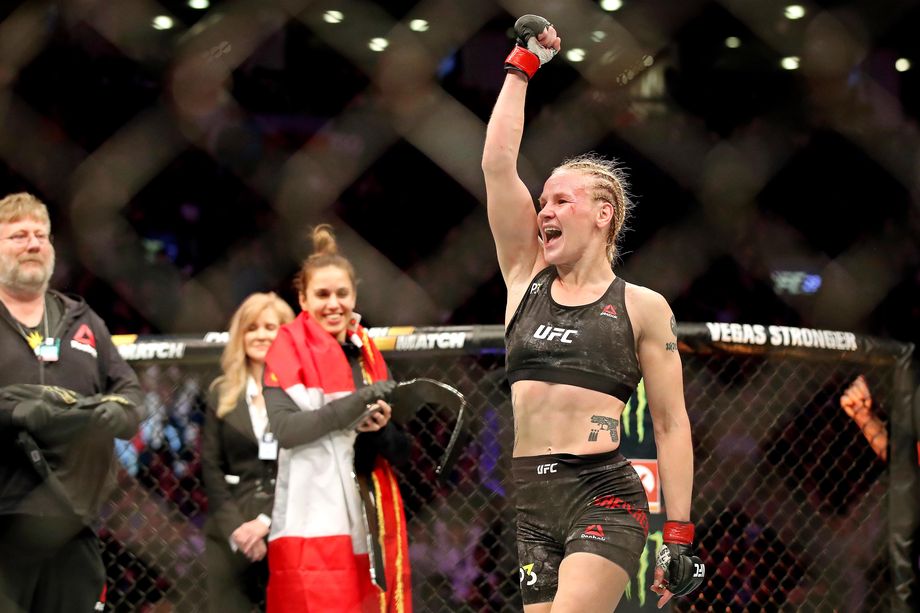 In the co-main event, Valentina Shevchenko outclassed Joanna with her dominant performance to win the Flyweight Title. Both the flyweights exchanged heavy leather in the full five rounds, but it was Valentina who was outworking Joanna with her crisp striking. In her eleven take down attempts, Valentina landed five and controlled the fight on thr top trying to secure a back position. Valentina landed the best strike of the fight with a spinning side kick which landed in the mid section of Joanna and pushed her back. Joanna looks strong with her take down defense, and made quick adjustments against the cage. This was the fourth time both these former Muay Thai champions collided and all the decision continued to go in favour of Valentina for the fourth time.