UFC 234 in Melbourne, headlined by Gastelum and Whittaker, sold out in minutes 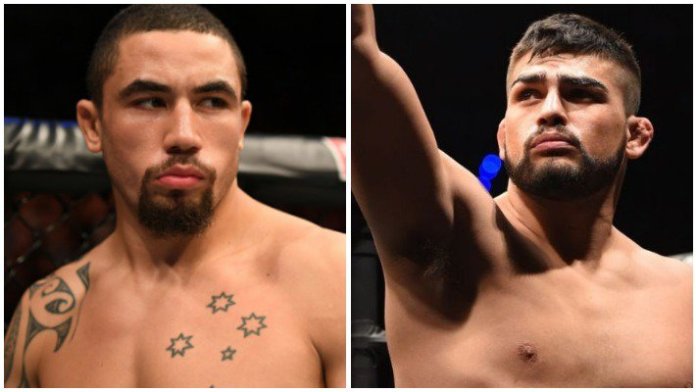 UFC 234 as it’s all set is about to get headlined by  Robert Whittaker and Kelvin Gastelum at Rod Laver Arena in Melbourne on February 10.There’s also a middleweight bout between MMA legend Anderson Silva and fellow rising middleweight star Israel Adesanya on that card.

The arena was sold out in 8 minutes into the general public on sale last Friday as the UFC’s senior vice president of international and content  David Shaw had confirmed.The tickets were priced way upto 800$ but each seat in the 14000+arena were booked by the Aussie MMA fans.

Whittaker would be eager to put up a performance for a lifetime in his homesoil given that the Aussie previously missed the chance to fight at UFC 221 against Luke Rockhold due to suffering from injuries.

This was UFC’s 3rd live event in a row to be sold in Australia.David Shaw stated,“Melbourne has proven once again why it is known as the sports capital of Australia,if not the world.In 2015 we smashed records with our debut event in Victoria UFC 193:ROUSEY VS HOLM and now we are thrilled to see continued success in selling out UFC 234 in record time.With what will be an exceptional fight card and Australia’s Robert Whittaker defending his UFC middleweight belt for the first time on home soil, UFC 234 will be an unmissable event.”

For the fans not getting a seat to watch UFC 234 at Melbourne they can now only have to buy a UFC VIP Experience to make an entry into the arena  while for others UFC 234 will be on Pay-Per-View at 2pm on Sunday at February 10.