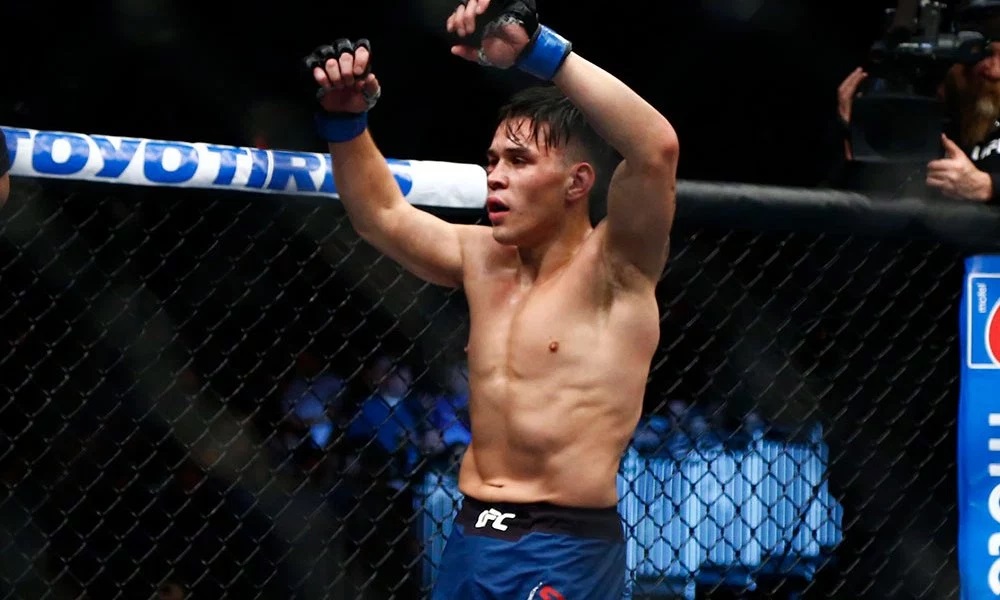 The bantamweight showdown between the veteran Rani Yahya and newcomer Ricky Simon turned out to be one of the most strategic fights of the main event. Simon knew he had to stay on the feet and keep Yahya overwhelmed with his strikes while the Brazilian BJJ expert had to take the fight to the ground and submit him. But for most part, both the bantamweights engaged in a standup war with each landing some big shots. Just when Yahya saw Simon getting the better of him in the wild exchanges, he decided to take the fight down but the Aussie just refused and forced Yahya to stand up. Simon rocked Yahya multiple times and dropped him, but could not finish the veteran. All of the nine takedown attempts by Yahya were stuffed and Simon ended up landing 61 significant strikes to secure his place in the judges’ book. With this big win, Simon improves to 15-1 with his eighth consecutive win.
https://twitter.com/ufc/status/1094446715241783297
https://twitter.com/ufc/status/1094448333626650624
https://twitter.com/ufc/status/1094450630595293184