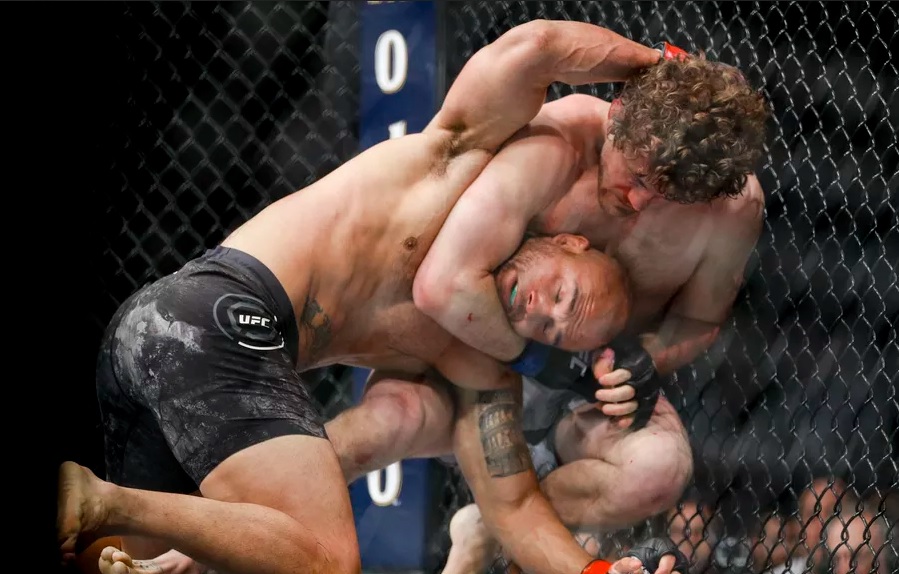 The much anticipated and long awaited UFC debut of Funky Ben Askren didn’t start off the way he wanted. Instead, he faced a high volume punishment from the former welterweight champion Robbiw Lawler. Askren went straight for the take down but got picked up and slammed by Lawler who unleashed the fiercest ground and pound Askren has ever faced. Askren managed to survive the initial onslaught and got hold of Lawler in the clinch and then transitioned into the bulldog choke position. Lawler was motionless for couple of seconds and his right hand dropped like he was out, which the referee took as a sign to stop the fight.