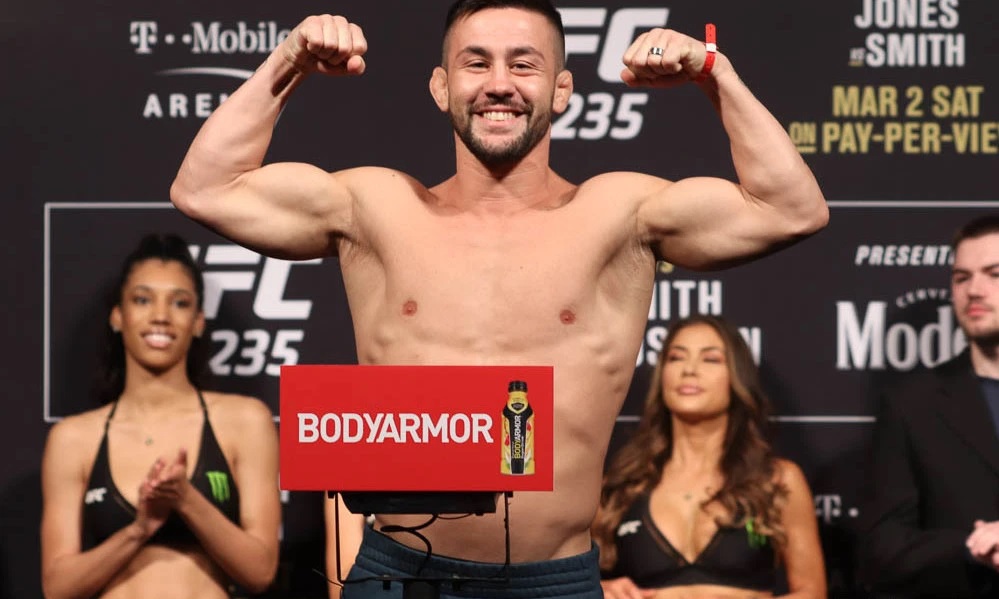 The bantamweight bout between the former champion Cody and #9 ranked Pedro opened up the main card of today’s UFC 235 event. Cody was the heavvy favourite but Pedro Munhoz with his electrifying performance snatched away the title of the ‘knockout artist’ from Cody as he knocked out the former champion at 4:51 secs in the first round. After a slow start, both the bantamweights exchanged punches which soon escalated into a wild brawl where emotions took over and it looked like neither of the fighters was willing to back down. Pedro took some nasty shots on his chin, but withstood them while landing his own right hook that dropped Cody. With this win, Pedro extends his win streak to 3 and calls out for a title fight. Cody loses his third fight in a row for the first time in his career and needs to rethink his fight approach after this tough loss.

The Brazilian finishes the former champ in round 1!! #UFC235 pic.twitter.com/e0FKoojxAY