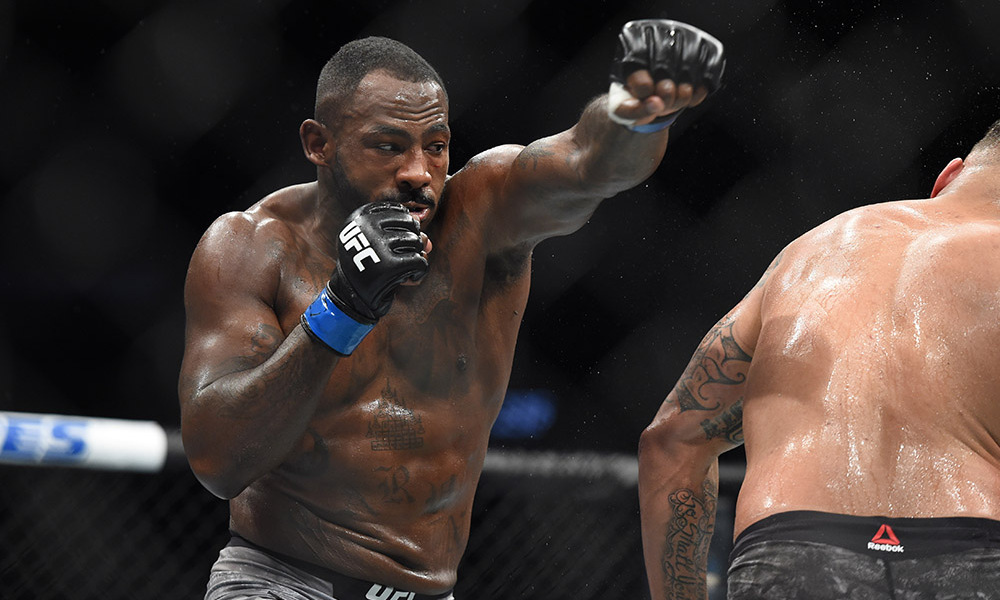 With renewed focus and elite Muay Thai training in Thailand, Khalil Rountree stepped in to the Octagon to face a tough opponent. But by the looks of their fighting stance and approach, Khalil was the one with relaxed and confident approach. From the moment he unleashed his first inside leg kick, Erik Anders knew he had to deal with these nasty leg kicks throughout the fight. As the fight progressed and more heavy leg kicks landed, Erik looked confused and lost unable to engage in any striking exchanges. Khalil dropped Erik four times throughout the fight but was careful enough to engage on the ground. With the final round remaining, Erik’s legs were a total mess and he had very little to offer and managed to survive the final round handing out a clean victory to Khalil.