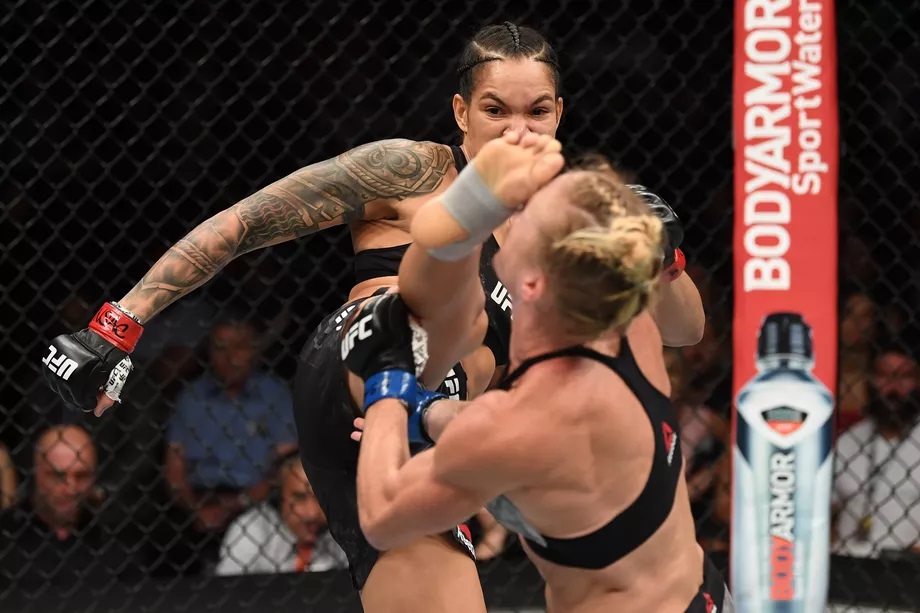 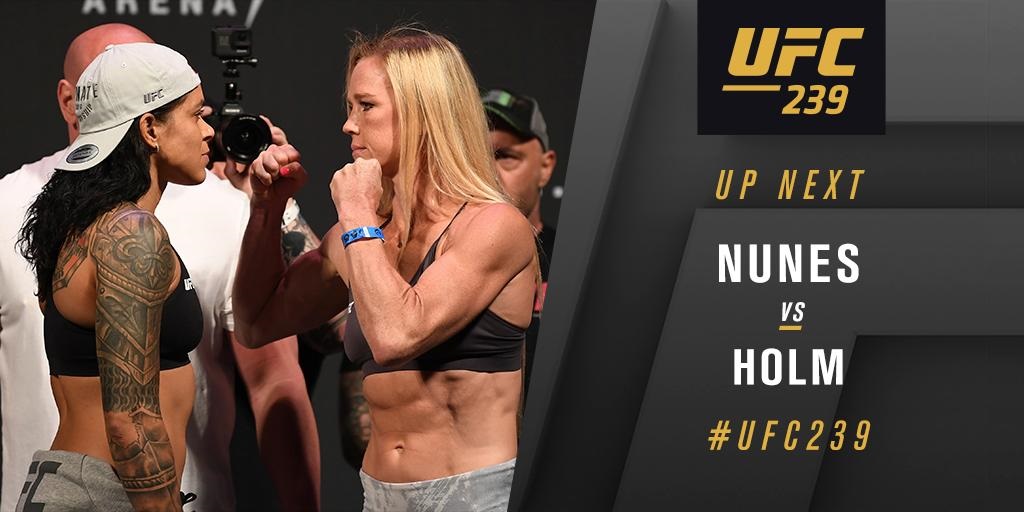 The co-main event 5 round title fight ended to be a champion’s night as Nunes stopped Holly Holm with a first round head kick to retain the belt.

Holm began using her kicks to keep Nunes at bay, but Nunes was successful in getting a takedown, which Holm quickly got back from. Holly continued to use the trademark jackson wink tiger kick but as Nunes pointed out the holes in her game, she kept dropping her hand to expose her head. Nunes landed a big punch. Holly went for another tiger kick to the knee, but this time Nunes counters it with her own head kick dropping her to the canvas. Holm was dazed and Nunes continued to follow up with her punches until the referee stepped in to stop the fight.