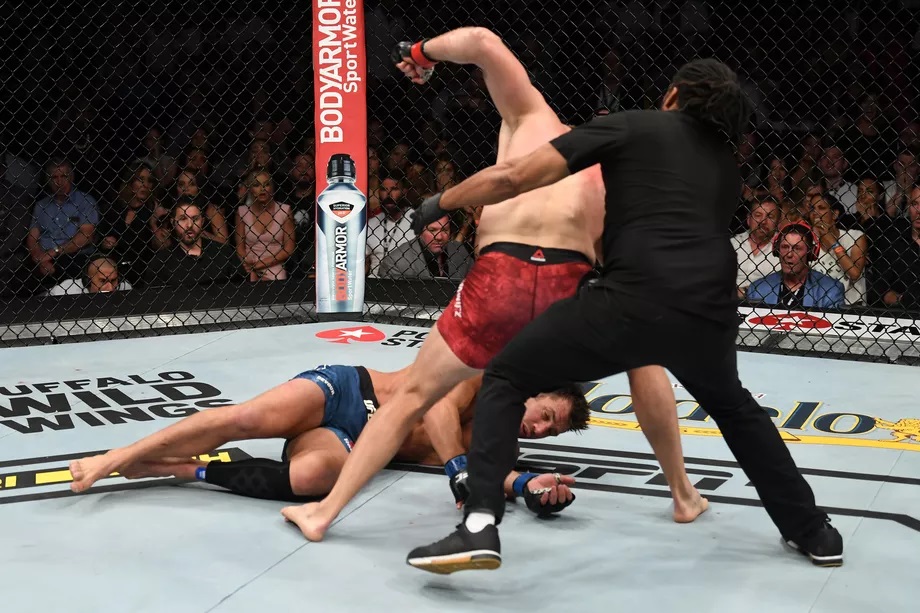 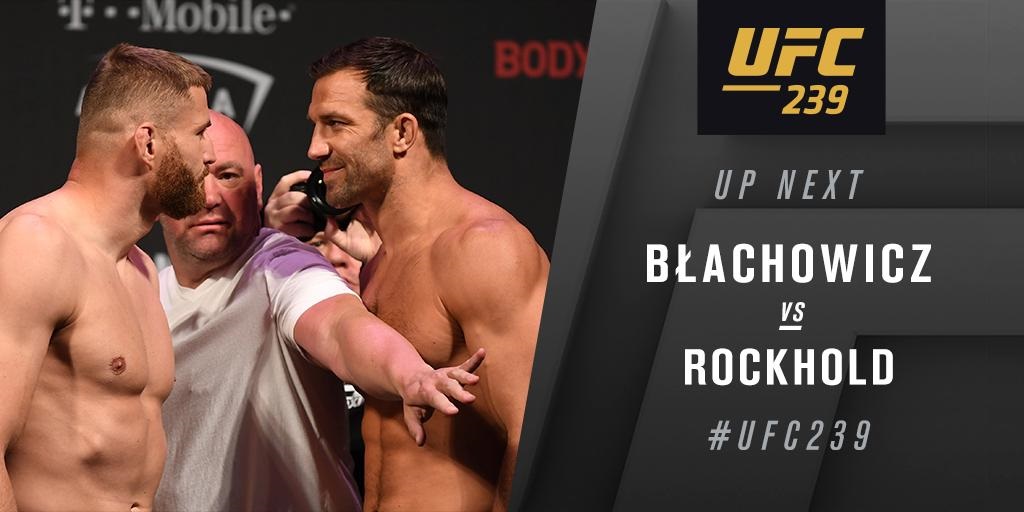 Former middleweight champion, Luke Rockhold moved up to the light heavyweight division going against the #6 ranked Jan Blachowicz in his debut fight. The additional weight Luke had to put on seemed to have got him in the first round. Luke appeared to be moving and reacting slow. Once both the fghters tied up in clinch against the cage, Jan landed elbows that got Lukes attention. As the fight progressed to the final seconds, Jan landed a head kick and wobbled him, which seriously affected Luke as he came into the second round. Luke continued his game plan to take Jan down but the Polish fighter was quick to defend. Just as they separated, the Polish Power struck Luke leaving him out cold at 1:39 secs of the second round. Jan is now back in the win column with this massive win.

Jorge Masvidal defeated Ben Askren via KO in Round 1 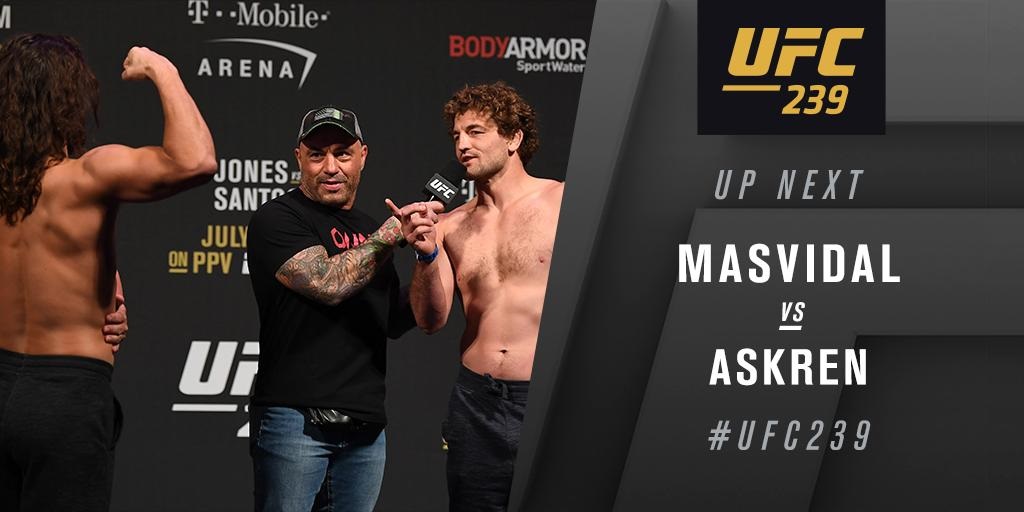 #4 ranked welterweight Jorge Masvidal shocked the world and set a new UFC record for the fastest knockout ever when he knocked out #5 ranked Ben Askren with a flying knee in just five seconds. Jorge wasted no time and just went in for the flying knee and as expected Ben ducked under to grab his leg. But the knee was so accurate it instantly shut the lights off ending Ben limp on the canvas. This has to be the ‘Knocjout of the Year’ and a record that seems cannot be broken for a long time.