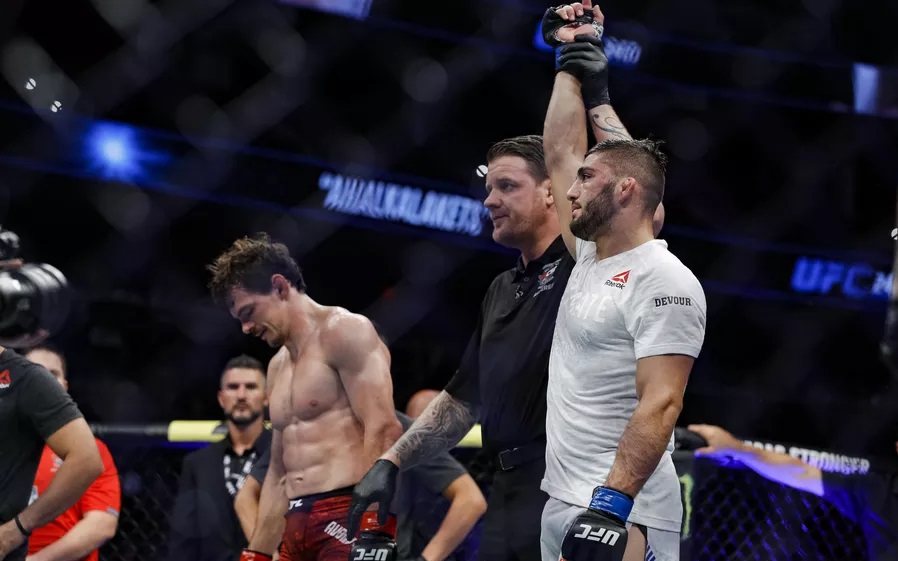 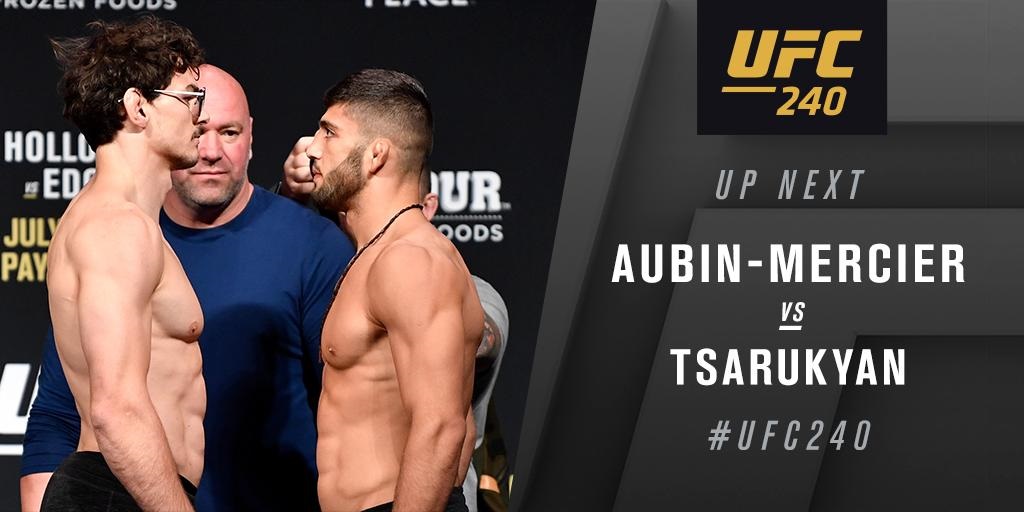 After his UFC debut loss back in April, where Arman showcased his toughness and resiliency against an experienced Islam Makhachev, the 22 year old took on another veteran in his second light weight fight. Arman came in with a clear game plan – take Olivier to the ground. But the Canadian wrestler wasn’t so easy to go down. Arman kept on going for single leg take downs and finally got one in the first round. Despite getting lit up on the feet, Arman was able to dictate the first round. A solid knee from Olivier in the second round changed the fight’s momentum and shifted the tide in his favour. But the Russian came out strong in the final round and displayed decent striking skills to keep Olivier engaged on the feet. After a failed trip attempt, Olivier lands on the ground with Arman on full guard. From there on it was all Arman who made sure to seal the round with this ground game. With this win Arman has picked up his first hard earned victory and has many more miles to go in the deep division.