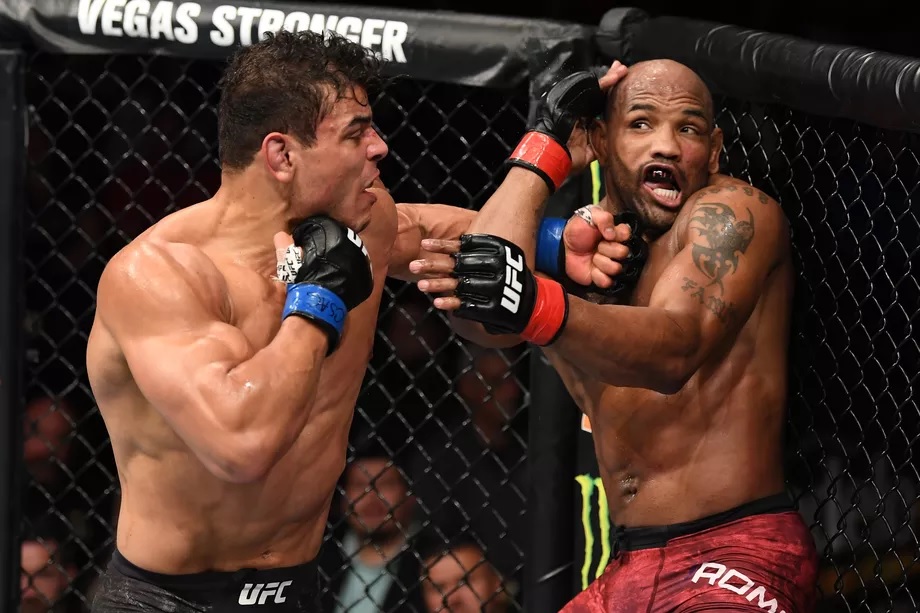 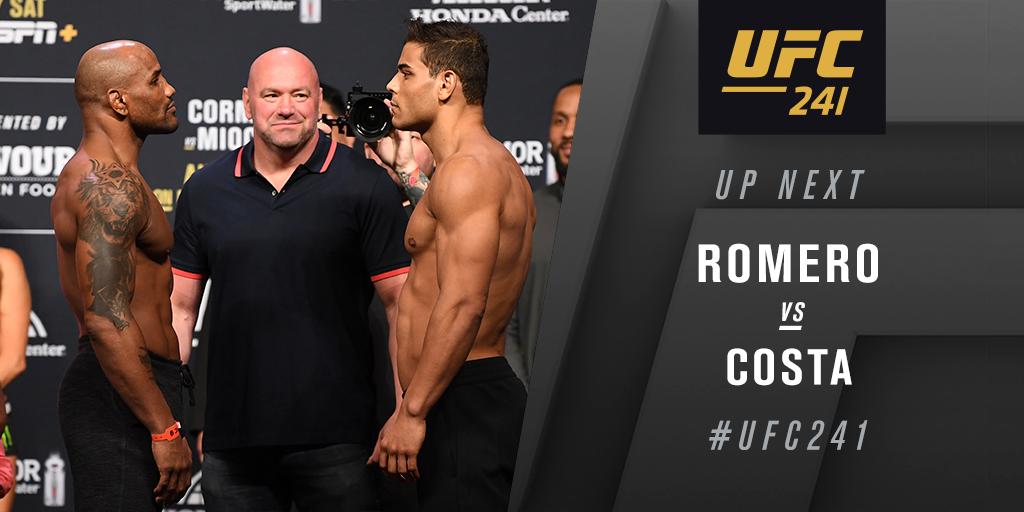 Two physically intimidating middle weights stepped into the octagon tonight and turned the match up into an classic that could very well be the fight of the night and a fight of the year candidate. The #2 ranked middleweight Yoel Romero as usual had a slow start to the fight while his nemesis the #7 ranked Paulo Costa exploded with a body kick and a low kick. Within no time, the fight turned into a back and forth exchange with Costa dropping Romero and then Romero dropping Costa to the canvas. Fighting in a clinch, Costa landed a knee directly to Romero’s groin, bringing the fight to a halt. Soon after the fight resumed, they continued their wild exchanges.

With so much being thrown from Costa’s side, he began to slow down and kept eating punches from Romero. The Brazilian got taken down at the last minute of the second round, giving a moral boost to the Cuban Romero.  The final round saw a non-stop exchange and surprisingly Costa experienced a resurgence as he constantly plodded forward and landed punches to the Romero’s head.

Despite being bloodied up, Costa had done enough to stay ahead in the judges scorecard and walked away with a unanimous decision win. With this victory, Costa is now on a five fight win streak and keeps his 14-0 record intact. In his post fight interview, Paulo Costa said “I bring my best for this fight. I’m training like a crazy man. Yoel Romero is a real beast. I just came here to take my belt. I will be waiting for Adesanya against Whittaker. After this fight, I want my chance to prove I am the champion.”

Costa has good chanced to be the No. 1 contender to face the winner of the UFC 243 middleweight title unification bout between Robert Whittaker and Israel Adesanya.