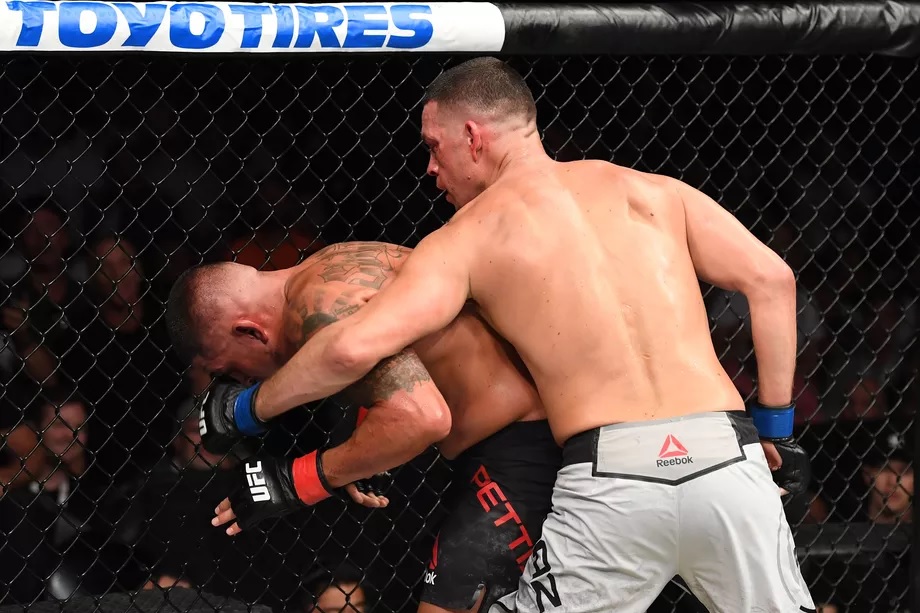 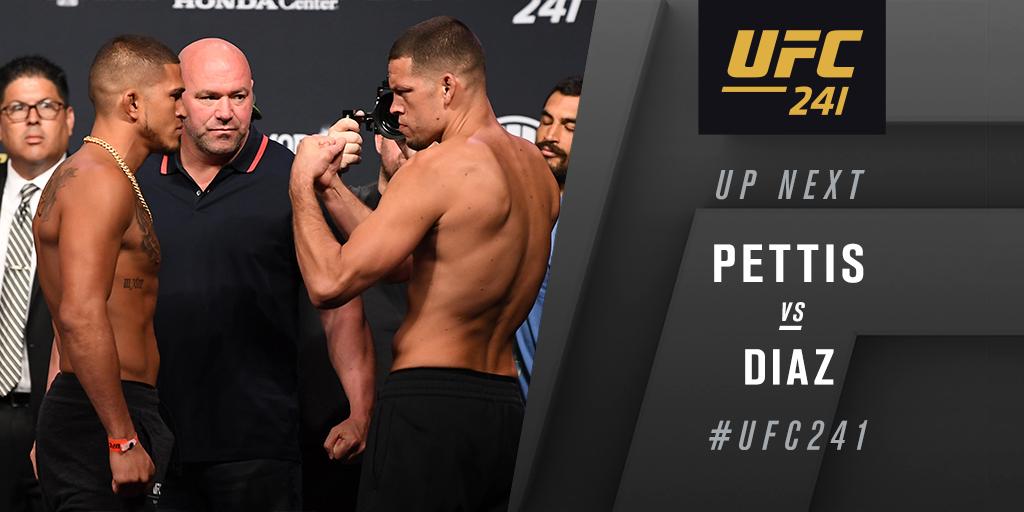 The co-main event of the UFC 241 was a long time coming, especially for Nate who was returned to action after three long years. He competed in California six years ago and this was his long awaited return as he took on the #7 ranked welterweight, Anthony Pettis who Nate called the ‘Wheaties Guy’ in his pre-fight trash talk. The fight lived up to the hype with Diaz bringing the pressure early on and Pettis countering with his heavy shots. Diaz got a take down with  90-seconds left in the first round, got on top of Pettis and dropped a bunch of strikes.

Diaz began to loose up and implement his game plan as he sucked Pettis right into the grind. Diaz connected with knees on the inside that stunned Pettis and mixed it with a huge punching combo in the final seconds of the second round. At one point, Diaz got the better of Pettis and almost finished him but Pettis survived and went to the ground. Diaz in his style, unloaded ground strikes but Pettis reversed into top position. Diaz stayed active tried to submit him and finally got the way to the top to finish the round.

Clearly Diaz didn’t feel any octagon rust or miss a step as he lay a beating on Pettis. With this big win, diaz called out Masvidal in his post fight interview. “The reason I was off is cause everybody sucked and there was nobody to fight. With this belt, I want to defend it against Jorge Masvidal, he had a good last fight. All respect to the man but there ain’t no gangsters in his game anymore. I know my man’s a gangster but he ain’t no west coast gangster.”

Pettis slaps the guillotine on, but Diaz escapes! #UFC241 pic.twitter.com/5KxhKggYPe

Diaz is teeing off on Pettis as round 2 comes to a close!#UFC241 pic.twitter.com/oB6cmHTcl7

"I want to defend my title against Jorge. He's a gangster, but he ain't no West Coast gangster."@NateDiaz209, welcome back! #UFC241 pic.twitter.com/Y5DdHcnwzO