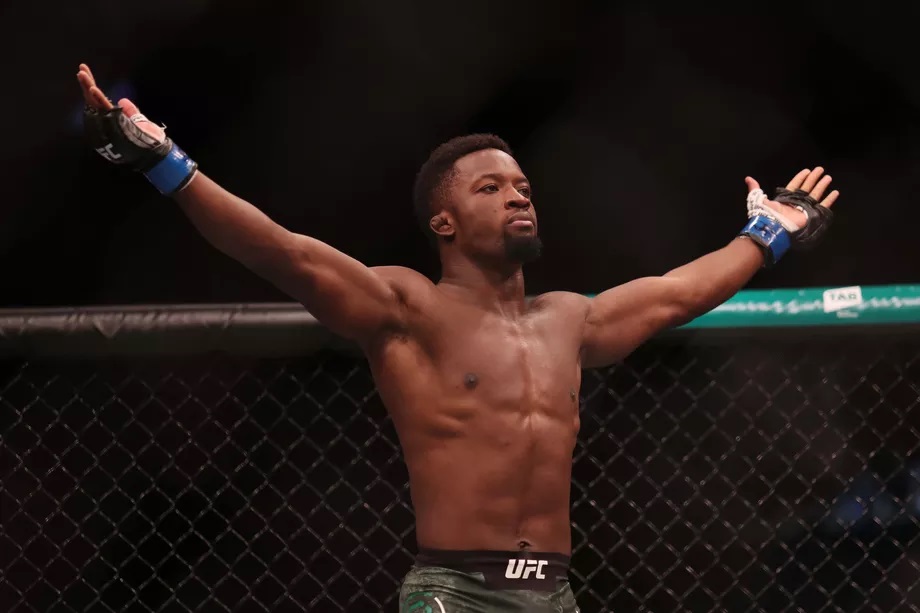 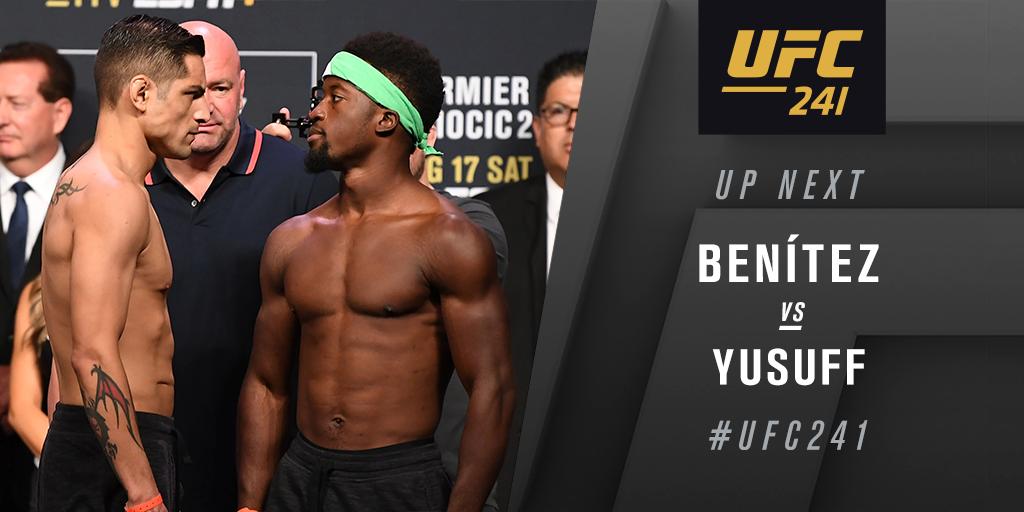 With the very first UFC pay-per-view opportunity coming his way after winning two of his first UFC fights, Sodiq Yusuff clearly made a big impression with a splendid performance tonight. Yusuff landed a flurry that left a cut opened on the side of Benitez’s left eye early in the first round. But the Nigerian born featherweight got clipped with a counter punch from midway. Yusuff managed to stick and turn the tide in his favour after being send crashing to the canvas. Back up, Yusuff switched the game plan, became more cautious and began landing well timed punches. He continued to march ahead and bring in the heat as he repeatedly hit Benitez with his slick combos.

With less than a minute remaining in the first round as Benitez pushed forward, threw a jab that Yusuff ate and countered with a devastating right hand Sending Benitez crashing to the mat. Yusuff followed up with a few more punches and hammer fists before the referee had to step in and stop the fight at 4:14 secs.

The TKO victory moves Yusuff to 10-1 in his career with a perfect 3-0 resume thus far in his young UFC career. He considered it an honor to fight on the UFC 241 main card, and with those kinds of performances, Yusuff will likely find himself in a similar spot again in the future.

Following his third straight win, Yusuff said “It’s a blessing to fight on this card, I’m Nigerian baby, I’m built for struggle. This is what we do.”