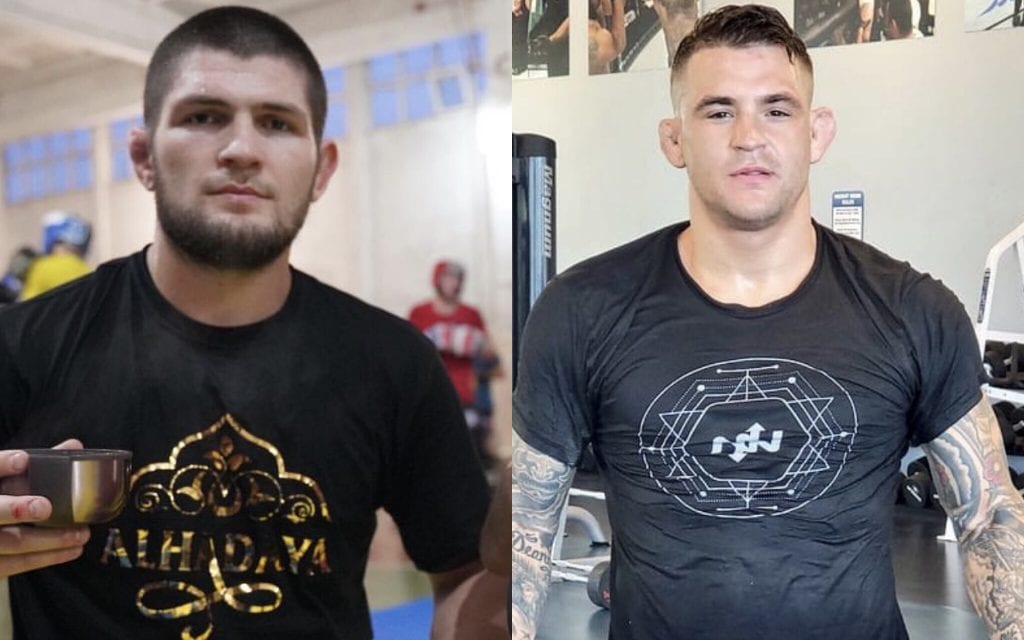 Ahead of the fight, both fighters attended UFC 242 presser which took place in London on Wednesday afternoon. Both Dustin and Khabib were extremely respectful during the press conference. 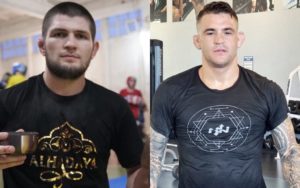 During the presser, Khabib highlighted several factors and things that he would like to achieve inside the Octagon. He said that to built his legacy and be considered as the pound-for-pound best fighter alive, he would have to beat three extremely dangerous opponents.

Dustin Poirier is coming off of a spectacular victory against Max Holloway at UFC 236, Tony Ferguson is also coming off of a TKO victory against Donald Cerrone at UFC 238 and is riding on an incredible 12-fight winning streak inside the UFC. On the other hand, however, former two-division UFC champion Georges St-Pierre had announced his retirement last year and his last fight was at the middleweight division.

It’s highly unlikely that Khabib ends up fighting GSP considering, it’s unlikely that GSP will drop below the welterweight limit and Khabib himself has said that he doesn’t want to move up to 170lbs. Although the fight could still happen at 165lb if the UFC introduced a new weight class.

Khabib wants to fight a lot of guys to cement his legacy as the all-time great, but his plan doesn’t include a fight with former two-division UFC champion from Ireland Conor McGregor. The Chechen-fighter already beat the UFC superstar last year at UFC 229 via rear naked choke in the fourth round.

"He tapped. He begged me, 'please don't kill me.'"@TeamKhabib shoots down McGregor rematch (via @ufc) pic.twitter.com/SYdZswNeR0

“The last three years he only have one victory in amateur boxing, how [does] he deserve rematch?” Nurmagomedov said about McGregor. “He tapped. He begged me ‘please, don’t kill me’ and he talks about rematch. Tony Ferguson on the line. People who have win streak are on the line but not the guy who don’t win nothing the last three years.