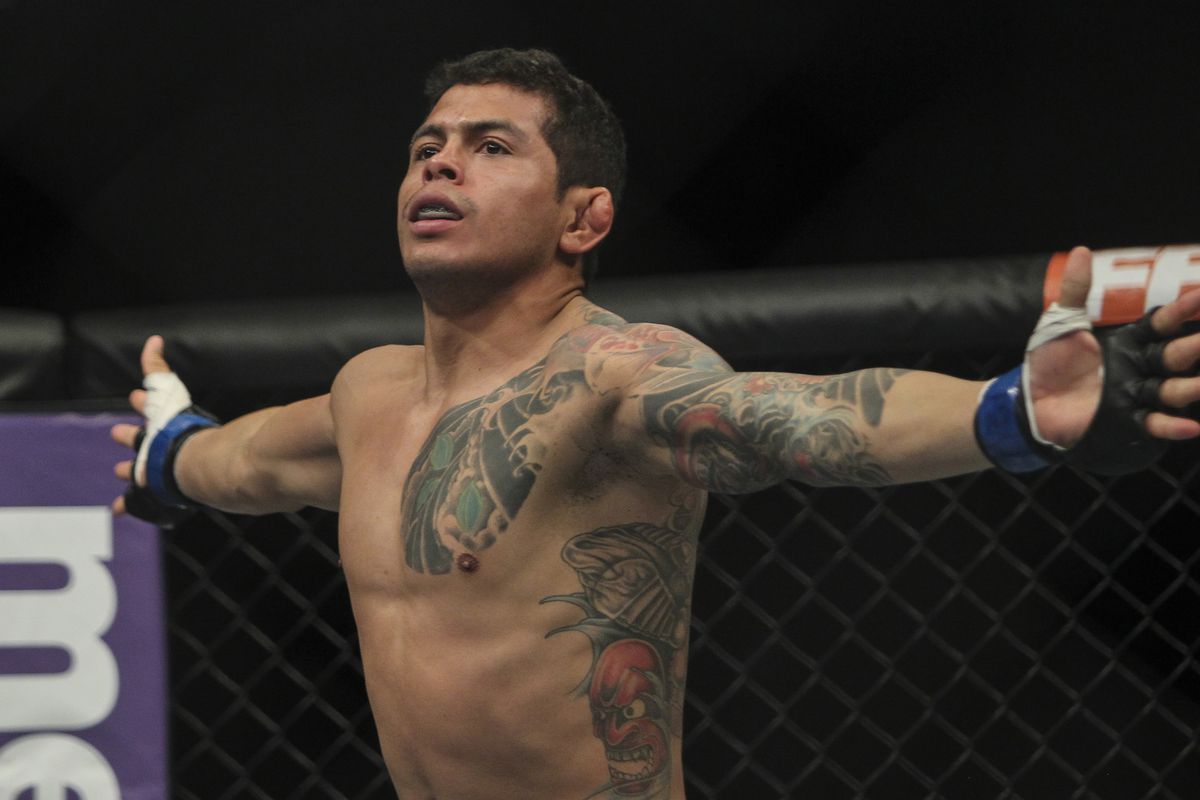 The opening bout of the main event saw two experienced lightweights square off in an all out striking match. The Russian Powerhouse Mairbek Taisumov despite being away from the Octagon for an year entered the fight, a heavy betting favorite against Diego Ferreira. But the Brazilian surprised everyone with his accurate striking and relentless pace, earning him the biggest win of his career. Diego set the tone of the fight with his pressure and kept Taisumov on his back foot right from the first round. It was unusual to see Taisumov been subjected to such pressure and being controlled on the feet. Seemingly out of his element, Taisumov struggled with this striking output but landed some shots that made Diego take notice. Except for a solid calf kick which shook Diego, Taisumov shied away from landing any of his trademark shots. Diego being the much busier fighter, continued to land more shots per minute and his frequency only kept increasing in the second and third round. Tired, bloodied and unable to cope up with Diego’s non-stop pace, Taisumov looked confused with his own performance. With this win, Diego is now on a five fight win streak and could very well get a ranked opponent in his next appearance.