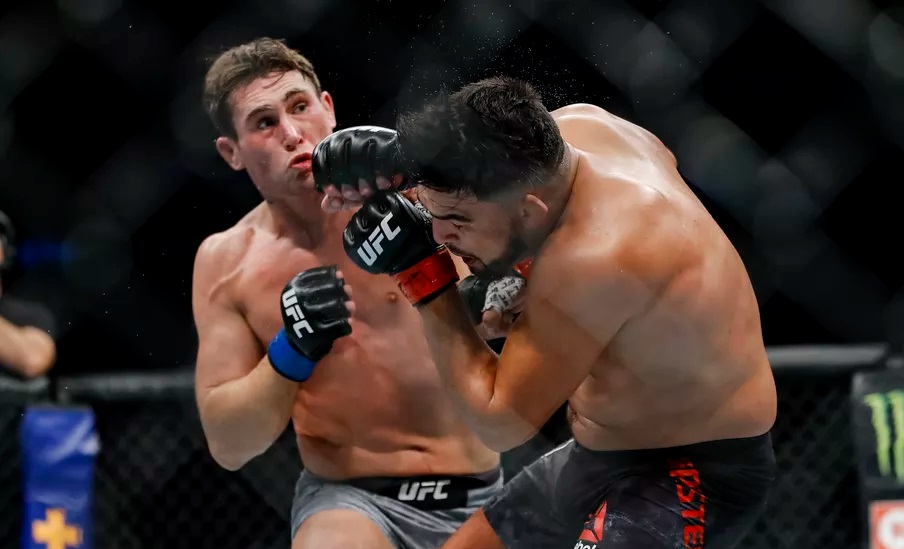 The co-main event was the proving ground for Darren Till who was in a must-win situation and making his middleweight move after losing two straight knockout losses. It was a catch-22 situation where his loss could derail his stand in the middle weight division and going back to welter weight could result in another lethal weight cut.

But Till proved he could hang in with the very best and he did it with a dominant performance. The fight could have been a stand up war but soon turned into a clinch game from the first round with Gastelum & Till both vying for the upper hand. When not in clinch, Till used his leg kicks to keep Gastelum at bay and as the fight progressed, those leg kicks created a lasting impression on Gastelum’s thigh. In the second round, Till upped the ante and used his reach to give Gastelum some problems in exchanges. Gastelum struggled landing big shots on Till who was circling away from him. In the third round, Till connected with his best blow that caught Gastelum’s attention who began retaliating with powerful left hooks. By the end of the third round, Till had done enough to steer ahead and grab the victory in his middleweight debut.

Dillon Danis wants to be Jake Paul’s next opponent