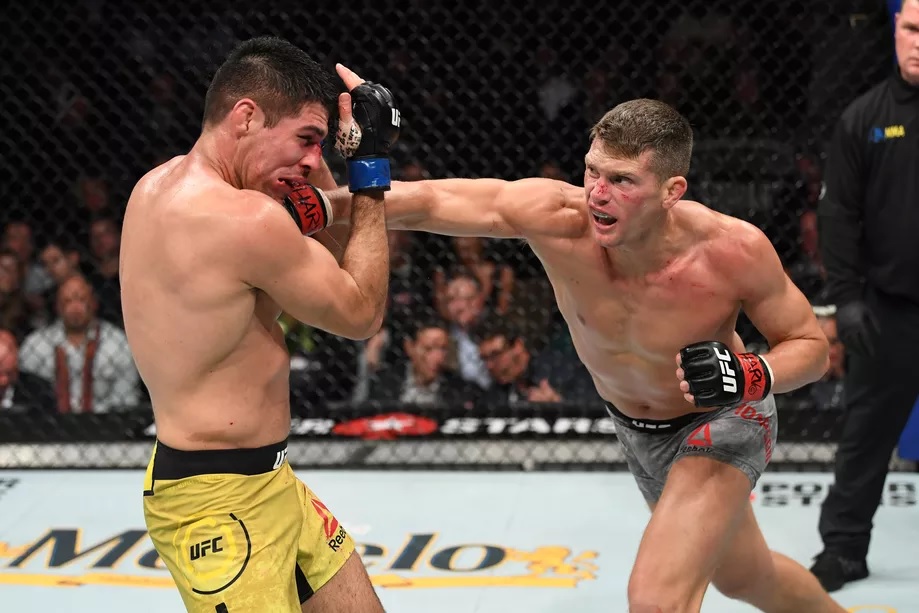 After suffering two back-to-back losses, #9 ranked welterweight Stephen “Wonderboy” Thompson got to trade blows with #14 ranked Vicente Luque in a fight that could very well determine his future course depending on the outcome. But the former title contender put on a classic display of kickboxing against a very game and tough Luque who was willing to stand with the elite striker.

Thompson in his usual side stance brought A-Game as he landed accurate jabs and kicks from every angle. While Luque was relentless in his aggression he was unable to implement his game plan and take Thompson to the deep waters. Thompson effortless controlled the distance but as Luque moved forward and landed some heavy shots on him the tide began to shift in the later moments of the first round. From the second round, Thompson relied on his technical kickboxing as he threw Luque’s timing off and set up some devastating combinations that bloodied Luque. A well times side kick threw Luque flying to the mat. By the end of the second round, Luque’s face was bloodied up and his pace began to slow down.

In the third round, Thompson was all over Luque as he moved from one point to another like blazing wind. A nasty shot dropped Luque to the ground and Thompson followed him to continue the assault but unable to finish him, asked the referee to stand Luque up. Up until the last second, it was a banging affair between the two. Luque had some strong moments in the fight but they were just not enough for him to land any damaging blows. In the end, judges scored the fight in favour of Thompson who is now back to the win column.

Luque hunting here in round 1 and looks to have hurt Wonderboy!#UFC244 pic.twitter.com/3YHVu9yQWs