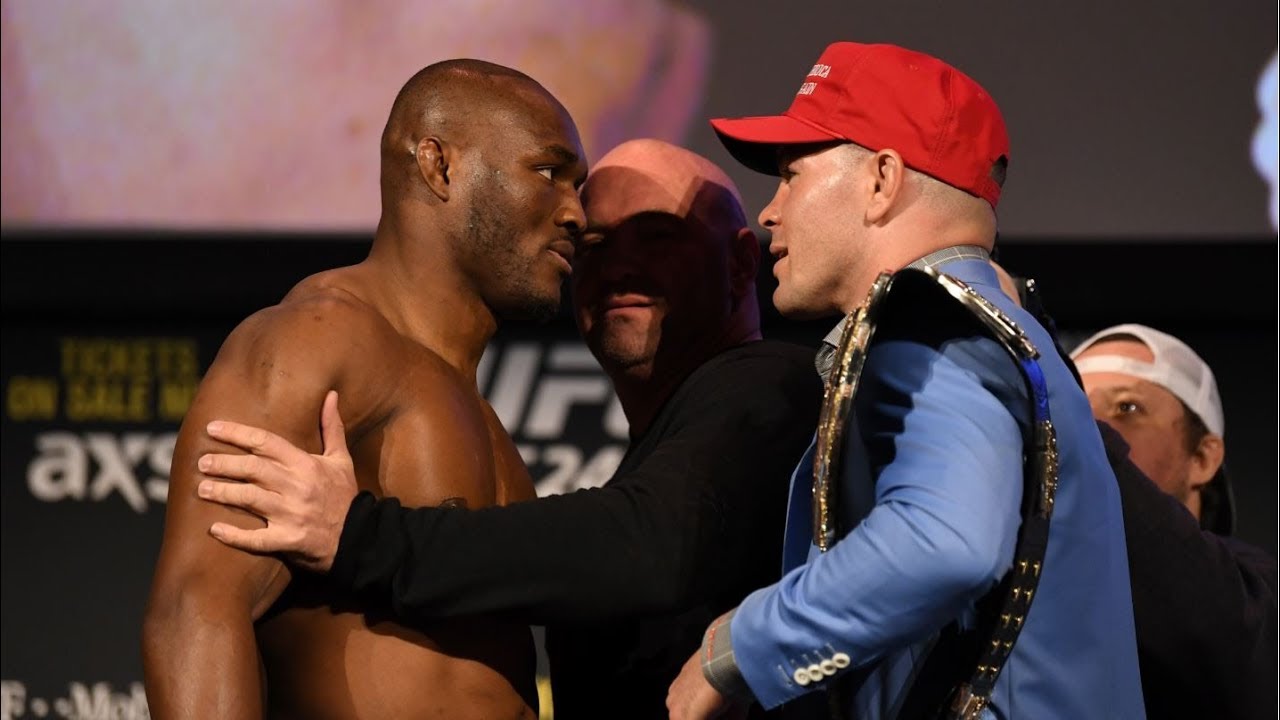 UFC 245 is all set to take place this weekend at the T-Mobile Arena in Las Vegas and it will feature a highly anticipated bout between UFC welterweight champion Kamaru Usman and former interim champion Colby Covington.

The fight card is absolutely stacked as the co-main event will feature a UFC featherweight champion Max Holloway defending his title for the fourth time against top contender Alexander Volkanovksi.

Kamaru “The Nigerian Nightmare” Usman enters with an unbeatable 10-0 record in the UFC with 14 consecutive victories overall. The former NCAA Division II national champion from the University of Nebraska is still remembered for that iconic fight with Tyron Woodley, where he was seen dragging Woodley relentlessly to the canvas, claiming his victory over the title. With his long, rangy frame and his 76” reach, ‘The Nigerian Nightmare’ has always been ultra-skilled and suave with his world-class performance. He is known to use his strengths well to his advantage by hitting his opponents with heavy punches leaving a tremendous impact on the fight.

Critics have noticed that both the men are known to fight in a similar fashion where their whole game is built around pressure. However, having said that, Usman has never been taken down in the history of UFC – even by Woodley, and possess some supernatural strength, which is predicted to give a very tough time to Covington in the octagon.

Balancing the scale, we have Colby “Chaos” Covington who has been one of those few showing a similarly bottomless gas tank while racking up seven consecutive victories of his own, including back-to-back defeats of Rafael Dos Anjos and Robbie Lawler. The former All-American Division I and a two-time Pac-10 Conference champion still possess exceptional talent and hard striking force promising power-packed entertainment every time he steps in the octagon.

According to critics, neither Usman nor Covington is a pure wrestler in the mold of saying as both the men tend to use their cardio which forces their opponents to back up. Colby as compared to Usman, undoubtedly has a better leg work, forcing his opponents to be fed a steady diet of punches and elbows when on the ground, but does not have the greatest defence.

Ideally, ‘Chaos’ has never faced an opponent who has been able to stop his takedown or those wild strikes but practically, if Covington can’t deploy his pressure game right, the ‘Nigerian Nightmare’ is going to be hard to stop with his pretty crude striking arsenal. However, given the similarities in styles and approach, it’s going to be interesting to see which one of these two welterweight standouts end up taking the lead and dictating the terms of engagement.

The co-main event this week is a reminder of the abode of talent that exists in the Featherweight Bout division as Max Holloway is all set to face Alexander Volkanovski.

Heading into his bout with Chad Mendes last December, Alexander “The Great” Volkanovski was seen commenting about his unhappiness over Holloway’s recent comment of having ‘no real challengers left’ at featherweight and potentially departing for the lightweight division. This was enough to light the spark which will convert into some fire shots at the octagon over the weekend.

Having dispatched Mendes along with that unanimous decision win over Jose Aldo, the former rugby man has extended his winning streak to 17 and is all geared up to challenge Holloway for the featherweight strap at UFC 245.

It would be very interesting to see both of them together inside the cage, as Holloway is a master of range in every possible way, but Volkanovski, on the other hand, has a longer reach- 71.5” to the champion’s 69”, which can really turn the tables. If “The Great” can get inside and rough Holloway up in the clinch by using his wrestling game, Volkanovski can really put him at his back. However the critics say that ‘Alexander the Great’ is a more nuanced striker who hits harder, but he’s still a shorter fighter attempting to get into range against a man who is the absolute best at finding angles to unload heavy combinations on his opponents without slowing down at all.

The second title fight on UFC 245 is here as Max “Blessed” Holloway will be looking to defend his Featherweight title for the fourth time against an undefeated challenger- Alexander Volkanovski. The fighter, who recently faced his share of defeat from Dustin Poirier, actually balanced his records by jabbing his way to a clear-cut decision over veteran Frankie Edgar earlier this year.

The master of range primarily uses his footwork to open up on his opponents from angles that they may not expect. Yes, as his name indicates, he’s absolutely ‘blessed’, with a preternatural tendency where he exactly knows when to turn up the heat on his opponent. However, he also has an insanely tough chin where he’s more than willing to take a hard shot and has never been stopped by strikes despite facing the likes of Poirier, Aldo, and Conor McGregor.

This one is a tricky one to pick as both men are highly skilled in all areas along with an abode of knowledge of their competitor’s strength. The fans can expect nothing less than fireworks as the best fight their way to glory inside the Octagon this weekend.

Where to watch and start time?

Previous articleUrijah Faber talks about ‘kinship’ with the Japanese and future plans after UFC 245 fight
Next articleFriday Fighter of the Week: Asha Roka