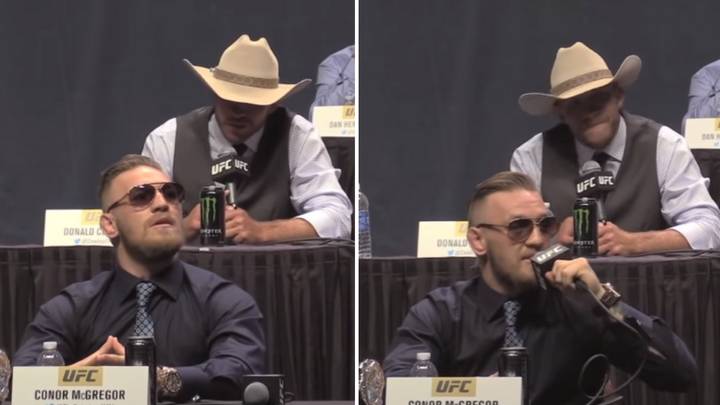 UFC 246 is less than two weeks away and it will feature the most popular mixed martial artist in the world Conor McGregor squaring off against Donald Cerrone, who holds the record for most wins in the UFC.

This will be McGregor’s first fight in nearly fifteen months. He was last seen in action against UFC lightweight champion Khabib Nurmagomedov at UFC 229 in October of 2018.

It’s his incredible oratory skills combined with lethal fighting techniques, that has made him the most popular mixed martial artist in the world. However, UFC has announced that the press conference for UFC 246 will take place on 15th January.

Previous articleMike Perry calls Michael Jai White a ‘n***a’ and Twitter is not happy!
Next articleConor McGregor reveals the name of a fancy back heel kick he used in Cage Warriors