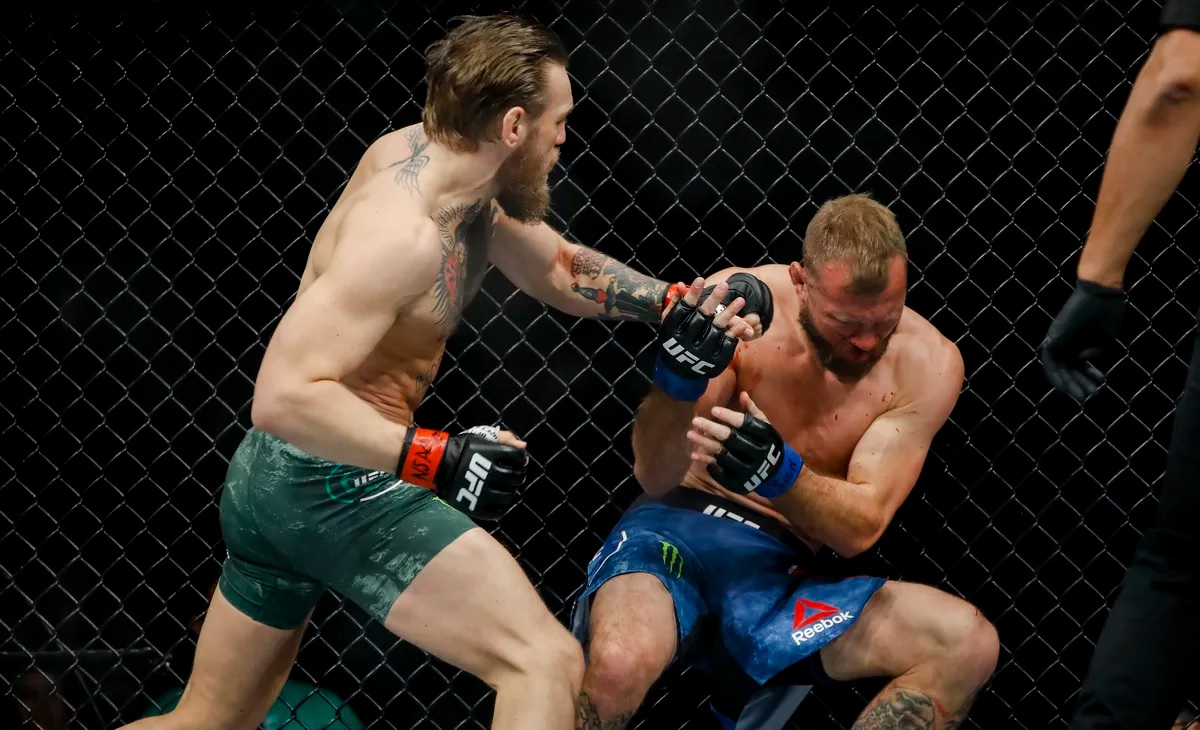 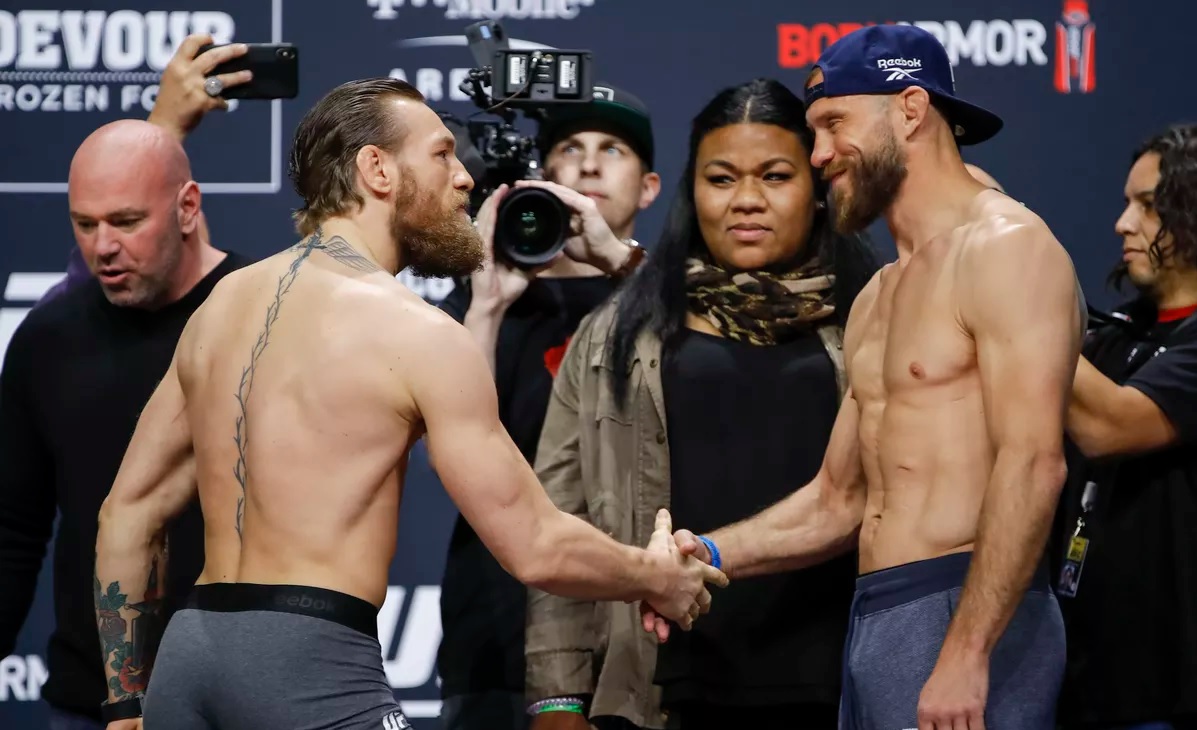 The main event fight lasted just 40 secs. Which is what McGregor needed to put away Cerrone after 15 months of in activity inside the Octagon.

Cerrone look frozen, unable to pull any plug. Lost right inside the center of the cage. Even after missing the left hand from McGreggor and getting into the clinch Cerrone’s eyes looked cold and blank. Like he was just not there.  McGregor landed a series of shoulder shrugs which busted open Cerrone’s nose, a somewhat rare phenomenon in MMA. Once they separated, a barrage of strikes came Cerrone’s way who was unable to defend them. A left head kick dropped him and McGregor quickly capitalized the situation as Cerrone dropped to the canvas in a fetal position. Herb Dean gave Cerrone enough time to recover, but the strikes were too hard to handle. He had to stop the fight right at :40 secs mark of the first round.