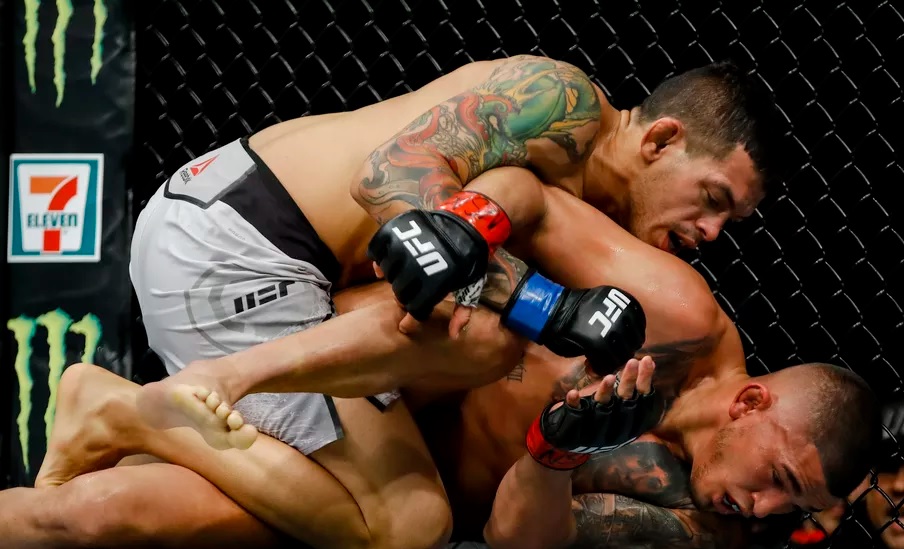 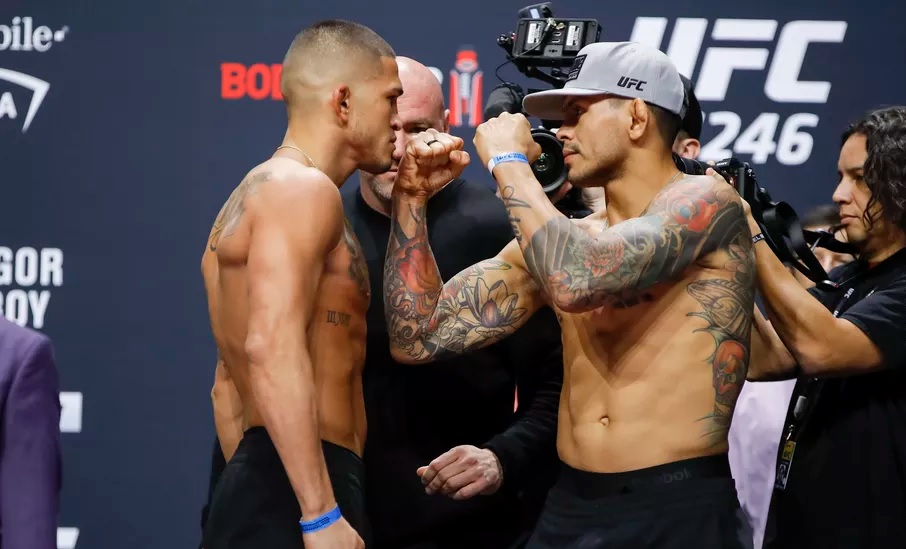 Former champ and now #11 Lightweight Anthony Pettis has been switching between lightweight and welterweight divisions lately. He has experienced wins and loss in both these ventures, most recently suffering a decision loss to Nate Diaz at UFC 241. In his light weight return, he faces an unranked fighter Ferreira who is on a five fight win streak, including a decision over Mairbek Taisumov at UFC 242.

The success for Diego came through his BJJ as he relied on it more than ever to take the fight to the ground and avoid taking any damage in the stand up against Pettis. Constantly lifting his lead leg over the fear of getting kicked by Pettis, Diego used it as an advantage. He hopped on single leg to close the distance and clinch Pettis while he had to fend off the strikes coming his way. Pettis didn’t get any room whatsoever to use his signature kicks and was forced to deal with Digeo’s take down attempts and grappling in the first round. In the second round, Diego applied the same tactics and once he latched onto Pettis’ back, he dragged him into his world on the ground and began putting on Brazilian jiu-jitsu clinic. Within no time, Diego advanced his position and when he saw an opening to slip his forearm under Pettis’ chin he did it effortlessly. The end of the fight came at 1:46 into round two as Pettis tapped out to the rear naked choke which had some angle of a neck crank too it. Never the less, it was the biggest in of Diego Ferreira’s career as he earned his sixth win in a row.

“That’s pretty good to see my work got done,” Ferreira said following the win. “Right now I see the process and the results. I’m super happy.

🇧🇷 @DiegoUFCTX makes a BIG statement and taps out Showtime in R2! #UFC246

Previous articleUFC: Dana White almost breaks into tears when he reveals why Robert Whittaker pulled out of UFC 248
Next articleUFC 246 Results – Brian Kelleher Finishes Ode Osbourne via Guillotine Choke in First Round