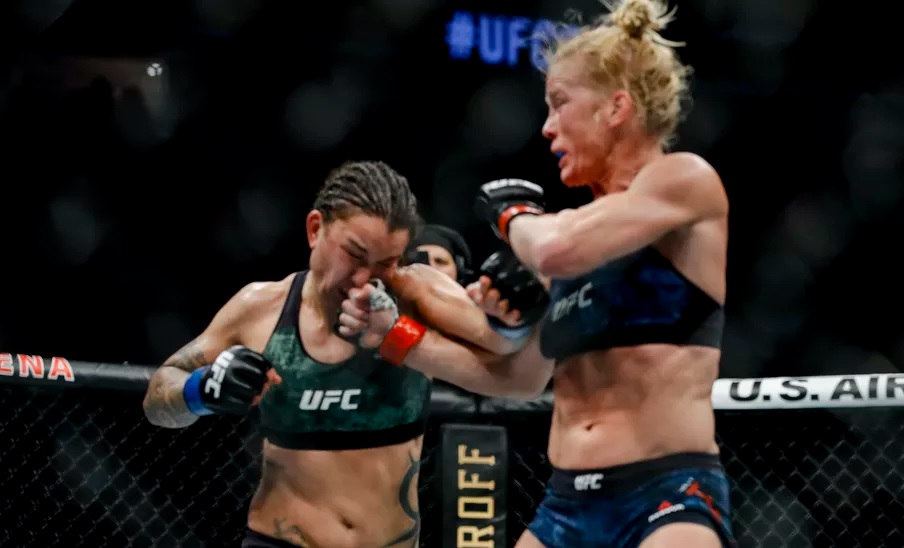 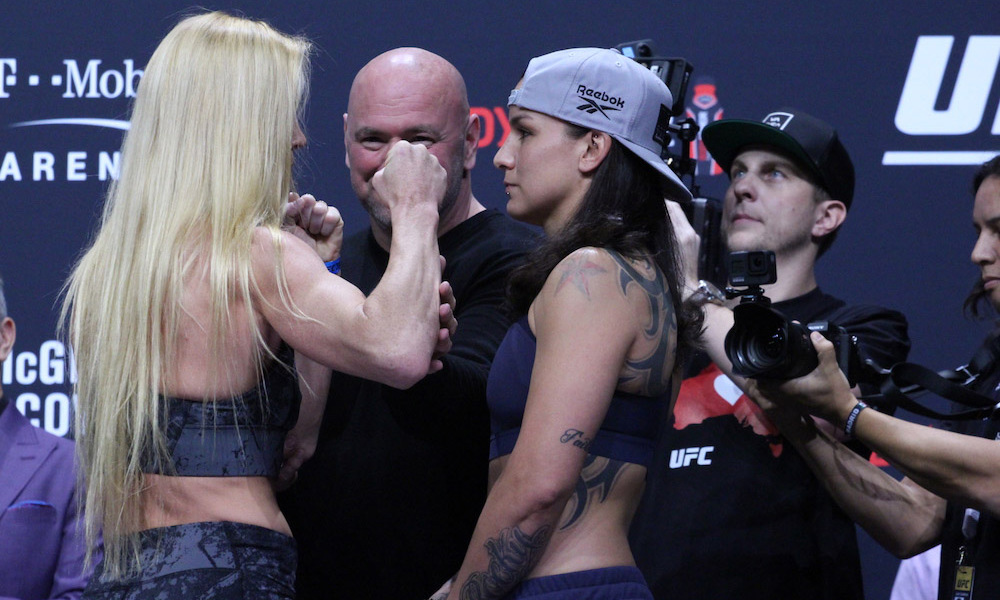 The rematch that was set to take place last year in Australia, had to be moved wit Holly’s injury. Now back and healthy, the former champion was more than willing to give Raquel her chance for redemption in the co-main event. Holly’s UFC debut in 2015 against Raquel ended in a split decision win and since then Raquel wanted to get back at her.

Both Raquel and Holly engaged in a clinch battle against the cage just trying to prove whose clinch game was the best. Whenever, they broke out it would result in Raquel going after Holly who was so evasive in her style that made Raquel frustrate and lose focus. Raquel tried to close the distance, but Holly would grab onto her with a body lock and push her against the cage to maintain a dominant position. Through out the fight, Holly was able to land and out strike Raquel with her faster punches and knee kicks. Overall it was a great win for Holly, who got her hand raised after her last loss.