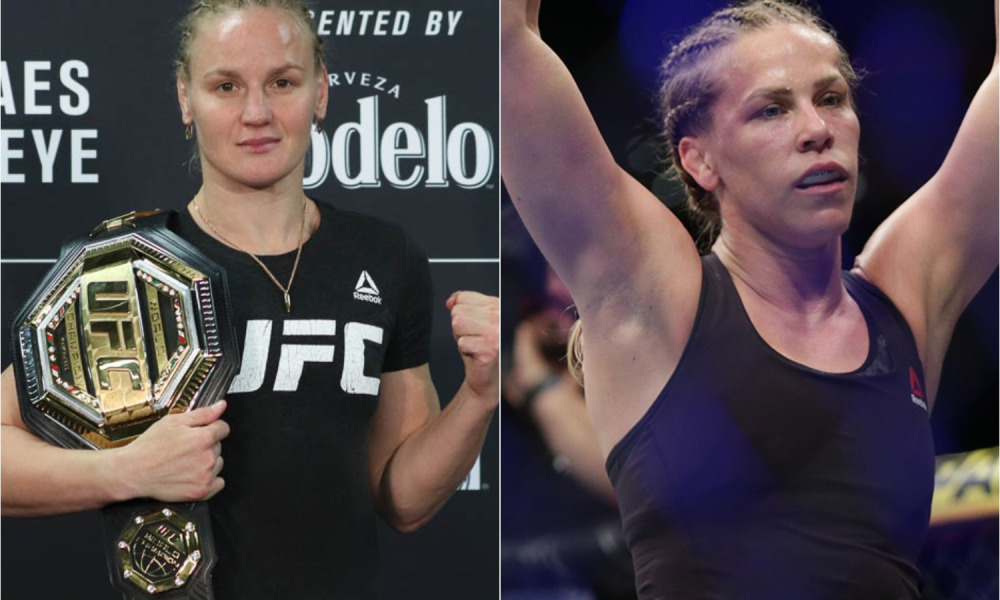 UFC flyweight champion Valentina Shevchenko is set to take on her next challenge in Katlyn Chookagian at UFC 247. The fight will be co-main event and will take place on February 8 at the Toyota Center.

Valentina Shevchenko is coming off another successful defense of her UFC Women’s Flyweight Championship with a
unanimous decision victory over Liz Carmouche. Her 4-fight win streak at 125 lbs. is the longest active UFC win streak in the
division, and her four victories at 125 lbs. are tied for the most in the short history of the division. Shevchenko has proven
she’s capable of the spectacular. Her head kick knockout of Jessica Eye is one of just seven such finishes in UFC title fight 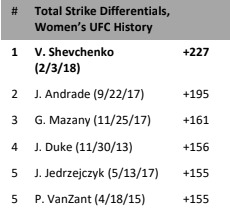 history. In her flyweight debut, she earned a total strike differential of +227 vs. Priscila Cachoeira, the largest differential
ever earned in a women’s UFC fight.

Shevchenko barely got touched in her most recent fight. She absorbed just 18
significant strikes over five rounds against Liz Carmouche en route to a victory. For
her UFC career, she absorbs just 2.16 significant strikes per minute, the 4th best
absorption rate among active female fighters (min. 5 fights).

Shevchenko has taken down all four of her flyweight opponents. Her ten takedowns
landed while at 125 lbs. are tied with Liz Carmouche for the most landed in the
division’s history.

Katlyn Chookagian has gone 4-1 as a UFC flyweight after dropping down from 135 lbs. in 2017. Her four victories are tied
with Shevchenko and three others for the most in women’s flyweight history. Chookagian leans on her striking to find
success in the Octagon. Her 350 significant strikes landed are 2nd most in the division’s history behind only Joanne 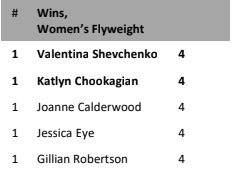 Chookagian is active on her feet. She connects with 4.67 significant strikes per minute,
the 2nd highest rate in 125 lb. history and behind only Calderwood’s 6.67 rate per
minute (min. 5 fights).

Chookagian does a consistent job of avoiding her opponents’ strikes. She’s successfully
defended 63.6% of her flyweight opponents’ strike attempts, the highest defense in the
division’s history (min. 5 fights and 350 opp. att.).