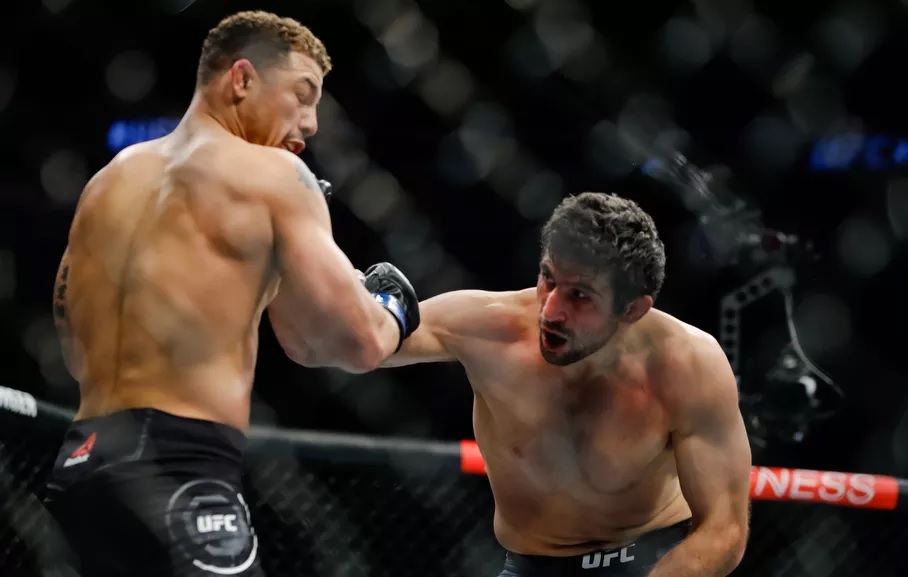 Lightweights with something to prove! 😤@BeneilDariush and @DrakkarKlose look to make a statement at #UFC248! pic.twitter.com/MLYuM66Qob

Beneil Dariush and Drakker Klose both have won three of their last fights and one of them was sure to lose this three fight win streak. Klose known for his striking and Dariush for his submission skills, but completely surprised the outcome of the fight with their wild exchanges that resulted in a nasty end.

In the first round, Dariush relied on his submission skills quickly as he latched onto Klose’s back while searching for a rear naked choke. Klose managed to find a way to stay alert and let Dariush exhaust his legs for hanging too long. It was evident when Dariush went back to his corner and had to iced down his legs. In the second round, Klose noticed Dariush was slow and began taking advantage of this opportunity. He began landing heavy punches and in a wild exchange landed a solid punch that saw Dariush wobble a bit. Klose got over excited and rushed to finish Darish. Sensing himself in danger, Darisuh started exchanging strikes with him and connected with a shot of his own that wobbled Klose. Dariush followed up with a hard left hand that put him down and out for good at 1:00 into round two.

Talk about a Klose call! ☎️