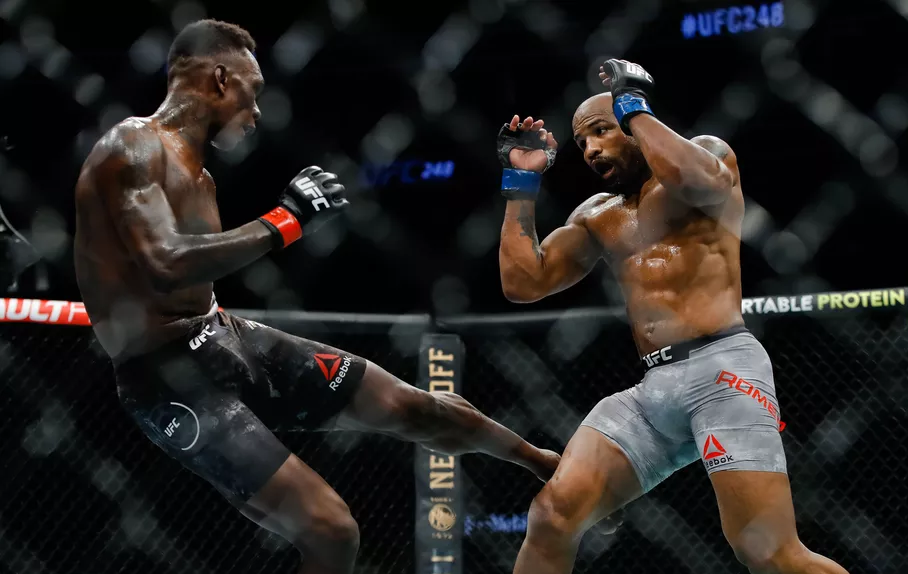 Israel Adesanya wanted to chase legends of his division and build on his legacy after winning his middleweight title. To achieve greatness, the champion was to deliver yet another sensational performance against his toughest adversary – Yoel Romero. But his main event performance was no where near the previous ones. Adesanya ended up landing only a mere fifty strikes in the entirety. Though complete blame cannot be put on Adesanya, he knew what he was getting into – a slow start to the fight by the challenger.

The only thing that stood out during the fight was Adesanya’s kicking game which helped him to retain the title in a unanimous decision. Adesanya was always cautious of Romero’s explosiveness and he felt it when Romero landed a cracking shot to his eye that left him blinking for minutes. Romero rushed ahead with a series of strikes to engulf Adesanya and pin him against the cage. At times the champion was able to slip away, but Romero eventually caught him and sent Adesnya running across the cage for cover. Despite a low output, Romero managed to stay ahead of the scorecard with the first two rounds to his name. Adesanya maintained distance and managed to inflict damage on Romero’s legs with a few good kicks. Adesanya now began to find home for a series of leg kicks that saw him surge ahead and snatch the third and fourth rounds from Romero. In the final two minutes of round five, Romero tried to hunt Adesanya down but the champion played an elusive game and avoided getting caught in any of the closing exchanges. This was definitely not the most thrilling performance, Adesanya is known for but he still left the octagon a champion.

🇨🇺 @YoelRomeroMMA can turn it up like THAT. 😳 #UFC248 pic.twitter.com/wh0CtY0lJJ