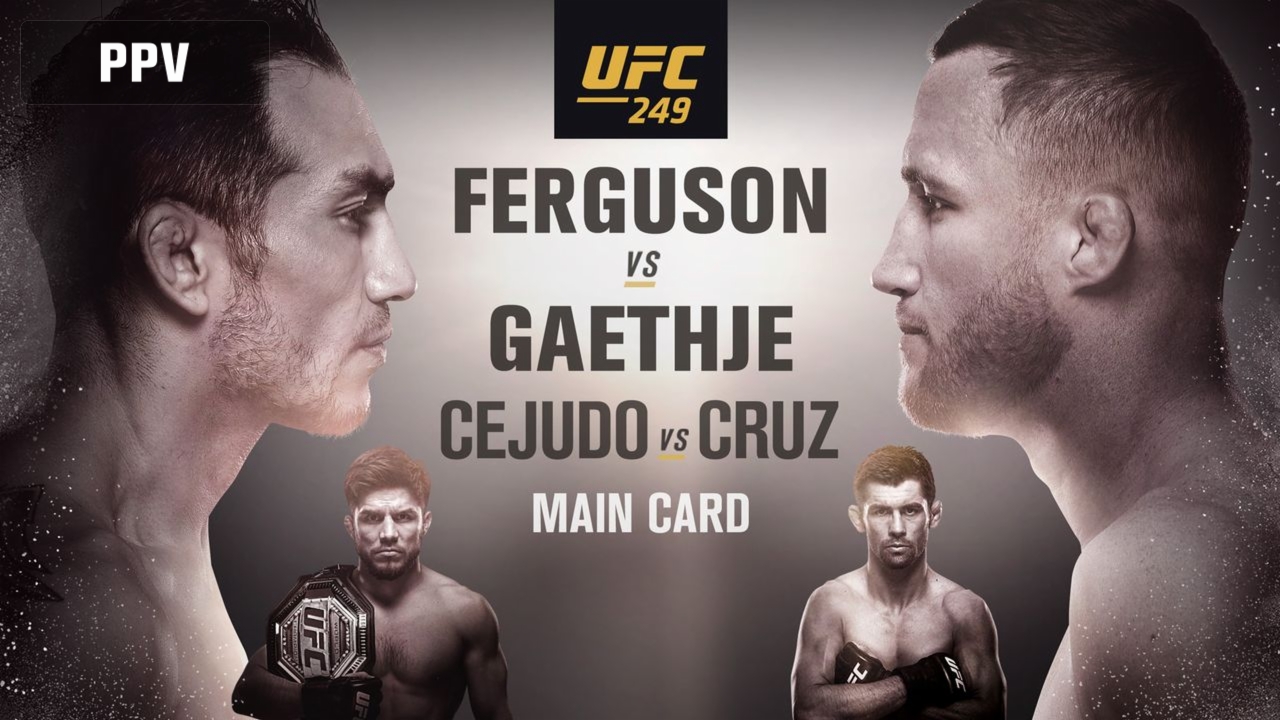 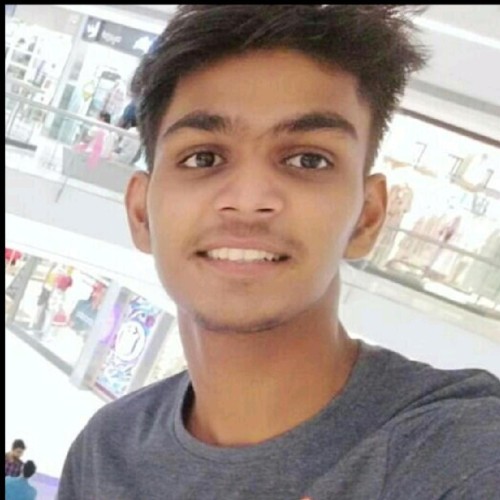 UFC 249: Ferguson vs Gaethje originates from VyStar Veterans Memorial Arena in Jacksonville, Florida at a time when the rest of the world is still struggling to function through the coronavirus lockdown.

Even the news of Jacare Souza, who was initially on the card, testing positive for Covid-19 hasn’t thrown off the event. All the other fighters apparently tested negative and have been given the green light to compete.

A host of other intriguing match ups round off the card.

You can track all the play-by-play action in the fights right here.

You can watch the event live through Sony Liv. The main card telecast starts at 7.30 am IST.

Greg Hardy’s short career inside the octagon has made a lot of stir in the MMA community. Right from the controversial UFC debut, to his most recent bout inside the octagon. Hardy fought a record five times in 2019. He takes on an undefeated Yorgan de Castro, who is an equally brilliant striker, and looks to finish the game early.

Round 1: Greg Hard has a 6.5-inch reach advantage going into the fight. The first round is underway. To start things off, an early right hand lands for de Castro. Both the fighters are exchanging early. Castro lands a left hook, as both men exchange a flurry of punches. Hardy is making adjustments to his game. De Castro has significantly reduced his striking and is backing up, as Greg Hardy earns a strong finish to the first round.

Round 2: Castro starts the second round with vicious leg kicks, but Hardy quickly takes command. Hardy’s left leg has swelled up, but he is leading in terms of strikes thrown. Hardy is doing a good job staying out of range. De Castro hasn’t thrown a single punch in a while now. Hardy lands a body kick.

Round 3: Big right hand by Hardy. De Castro with a beautiful low kick, and pressuring Greg Hardy. Hardy lands a leg kick, and follows it up with a right jab. Castro is struggling to keep the pace. Hardy is doing a great job with leg kicks. Castro slips, and Hardy begins to kick from a standing position. Castro stands up. Hardy takes control once again. Above all, Greg Hardy puts a top to Castro’s undefeated streak.

Round 1: Jeremy Stephens start aggressive. He is looking confident, and lands a flurry of punches, and follows it up with a high kick. Calvin connects a low leg kick. Jeremy Stephens looking to finish fight early. He is taking control, and dictating the pace of the fight. Stephens lands a couple, Kattar lands a right hand that stuns Stephens. Kattar lands a right hand again, followed by a vicious kick to the body by Stephens. Kattar is switching stances here, and both the men are exchanging. Straight right hand from Kattar, and Stephens ends the round with a powerful shot to the body. An entertaining first round.

🍀 Kattar lands a HUGE right as these two waste no time!@CalvinKattar #UFC249 pic.twitter.com/KFtpgh8zRk

Round 2: Stephens eats a right hand from Kattar like it’s nothing, and continues to pressure forward. Both the fighters exchange punches. Kattar lands a nice combination. Stephens follows it up with a couple of punches. The leg kicks seems to have slowed the pace. Stephens changes stance. Stephens and Kattar goes for the elbow at the same time, both connect. Kattar connects early, significantly reducing the impact from Stephens. Stephens drop, Kattar follows up with vicious elbows and Stephens is bloodied here. Huge punches from Kattar, as refree stops the fight. A stoppage victory for Kattar.

CALVIN KATTAR GETS IT DONE! 😤@CalvinKattar closes the show in the second! #UFC249 pic.twitter.com/cQtDkij5UI

🍀 @CalvinKattar heading back to Massachusetts with the W! #UFC249 pic.twitter.com/plo640pJt7

Francis Ngannou will look to halt Rozenstruik’s winning ways inside the octagon. Rozenstruik carries the longest active KO win-streak in the UFC and he will look to extend it as he takes on a KO artist himself, Francis Ngannou. The winner of this bout will earn a potential shot at the heavyweight championship.

Round 1:  Ngannou starts aggressive, swings his hands, and lands. There was never doubting Ngannou’s power, and he showed it once again. The power in Ngannou’s hands is unparalleled. However, he did eat a left hand from Rozenstruik who was backing up before finishing the fight in a brutal fashion. Above all, it just took him 20 seconds to end Rozenstruik’s undefeated streak. Absolute power. What a finish!

May Lord have mercy #UFC249 pic.twitter.com/wpzBLOpM5L

Round 1: Dominick Cruz starts off with his incredible footwork, maintaining a good distance. Cejudo connects a leg kick as Cruz backs up, trying to get the feel of the octagon after a long layoff. Those are nasty leg kicks, and Henry is looking to slow Cruz down here. Cejudo slips, but Cruz fails to capitalize. Henry earns the first takedown, but fails to keep Cruz on the ground. Cejudo looks to be in control here. However, Cruz is evading, but Cejudo is the one advancing, and that certainly adds up in the judges’ scorecards. Little to no exchange here in the first round, except some powerful low kicks from Henry Cejudo. Triple C takes the lead.

Round 2:  Henry continues with his leg kicks. Cruz is looking a little aggressive here compared to the first round. A good kick to the body from Cejudo. He lands a punch, but Cejudo is smart. Cruz swings his hands and misses. This time he connects, he beautiful right hand from Cruz. Cejudo kicks, and another. Cejudo connects a right hand, Cruz swings. Another inside kick from Henry. Cruz connects a punch. A headbutt, and Cejudo is taken to the corner after a cut on his forehead. The action resumes, and Cejudo connects with a left knee, Cruz falls and Cejudo continues with a flurry of punches. It looked like Cruz was getting up, but the referee makes the call and it’s a stoppage finish for Cejudo.

It looked like an early finish, but Cejudo hurt him bad with the knee, and followed it up with some brutal shots to the head. Additionally, Cruz looked almost defenseless for that duration of the fight, with a lot of unanswered shots. Above all, Triple C cements his legacy as the bantamweight GOAT. Cejudo becomes the first man to finish Dominick Cruz.

Henry Cejudo announces retirement. Was UFC 249 the last we saw of Henry Cejudo?

Round 1: Gaethje connects the first leg kick, but Ferguson follows with a beautiful leg kick and punch combination. Ferguson connect a superman punch. Gaethje connects with a vicious leg kick. He lands a left hook again. Gaethje swings, Ferguson ducks. Now, Ferguson connects a right hand. Both men are looking in good control here. Gaethje with another leg kick,  and follows it up with a punch. Ferguson is smiling. Good right hand by Gaethje which sends Ferguson off balance for split seconds, but he quickly takes control. Gaethje connects again, and both men exchange punches. A strong finish to the first round by both men. Highlight shows an accidental eye poke by Justin Gaethje.

Round 2: Ferguson start off the second right with a sharp right hand. Both guys landed there. Gaethje connects a clean left hook, Ferguson eats it. He changes stance, and Gaethje connects a left hook again. Ferguson’s chin holding so far. Gaethje continues with his leg kicks, and looks much more in control here. It’s been a while Ferguson has connected a shot. Another right hand by Gaethje, followed by a shot to the body. Another left hook by Gaethje. Good head movement from Gaethje here. Ferguson lands a low kick. He eats another left hand. Ferguson swings and misses. Gaethje is throwing hard, but Ferguson keeps advancing.  Another left hand from Gaethje. Tony Ferguson ends the round with a huge upper cut, that brings Gaethje down to his knees. End of the round.

How is Ferguson still standing after this massive right from @Justin_Gaethje?! #UFC249 pic.twitter.com/Ow1Qdb3cNQ

Round 4: Gaethje starts with a low leg kick. Ferguson looks like he is changing levels. Gaethje continues to land. Ferguson is not looking good here. Gaethje is making adjustments now. He is getting his breath back. Gaethje connects another, and this one hurt Ferguson. He is wobbling, he is hurt. Gaethje is looking for the finish, but Ferguson takes control. Gaethje is already way ahead in the judges’ scorecards. Ferguson connects a nasty left hook to the body. Another jab by Ferguson. Low kick from Gaethje. Ferguson ends the round with a straight hand. Moreover, Gaethje is on his way to snap Ferguson’s 12 fight win-streak.

Round 5: The ultimate round begins. Ferguson misses a superman punch, Gaethje counters. Brilliant combination by Gaethje, and Ferguson is hurt again. He is limping, and he is hurt. Gaethje connects another right hand, and one-two, Gatehje looking in complete control. He is showing impeccable patience, not going for the finish. He knows he is winning the rounds. Ferguson lands a right hand. Gaethje connects another, and Ferguson is getting beat up bad. Gaethje connects another right. He is fighting a smart fight here. It’s almost unthinkable to believe how many shots Ferguson has taken from Gaethje. He hurts him real bad, and Gaethje stops Ferguson. Tony is hurt, he is running away. He was shaking his hand, and Herb Dean stops the fight. Additionally, Gaethje becomes the first fighter to finish Ferguson, and snaps Ferguson’s 12 fight winning streak.

Quite possibly the BEST version of @Justin_Gaethje we've ever seen. 👏#UFC249 pic.twitter.com/KIFLwMlTVG

Above all, Gaethje is the new interim lightweight champion.

🏆 @Justin_Gaethje with a championship level performance in the biggest fight of his career! #UFC249 pic.twitter.com/FyyXZYBVG0

#JustinGaethje def. Tony Ferguson via TKO at 3:39 of Round 5