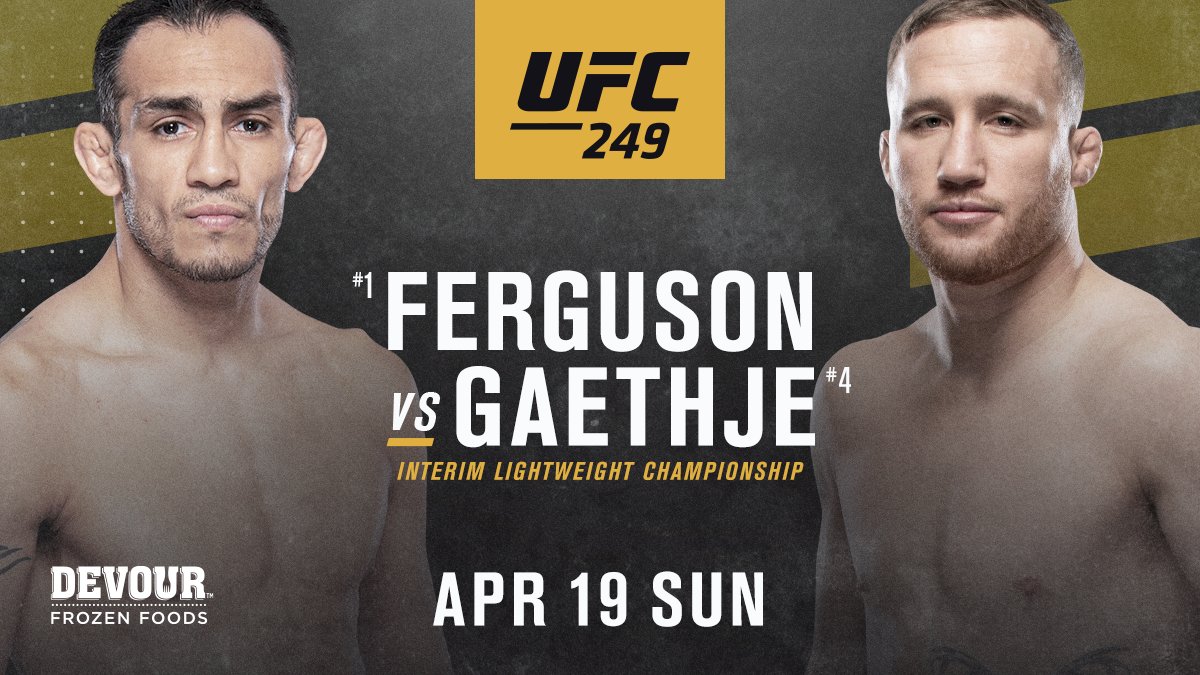 The UFC returns on April 18 (April 19 in Asia) with a stacked UFC 249 card featuring an interim lightweight title bout between Tony Ferguson and Justin Gaethje.

With a combined 17 post-fight performance bonuses, #1 ranked lightweight Tony Ferguson (26-3, USA) and #4 ranked Justin Gaethje (21-2, USA) have thrilled fans like no other duo over the last several years, defeating the likes of Donald Cerrone, Anthony Pettis and Edson Barboza. And now with a title on the line, expect to see the best from the best as these top contenders collide in a five-round bout to air live on pay-per-view. 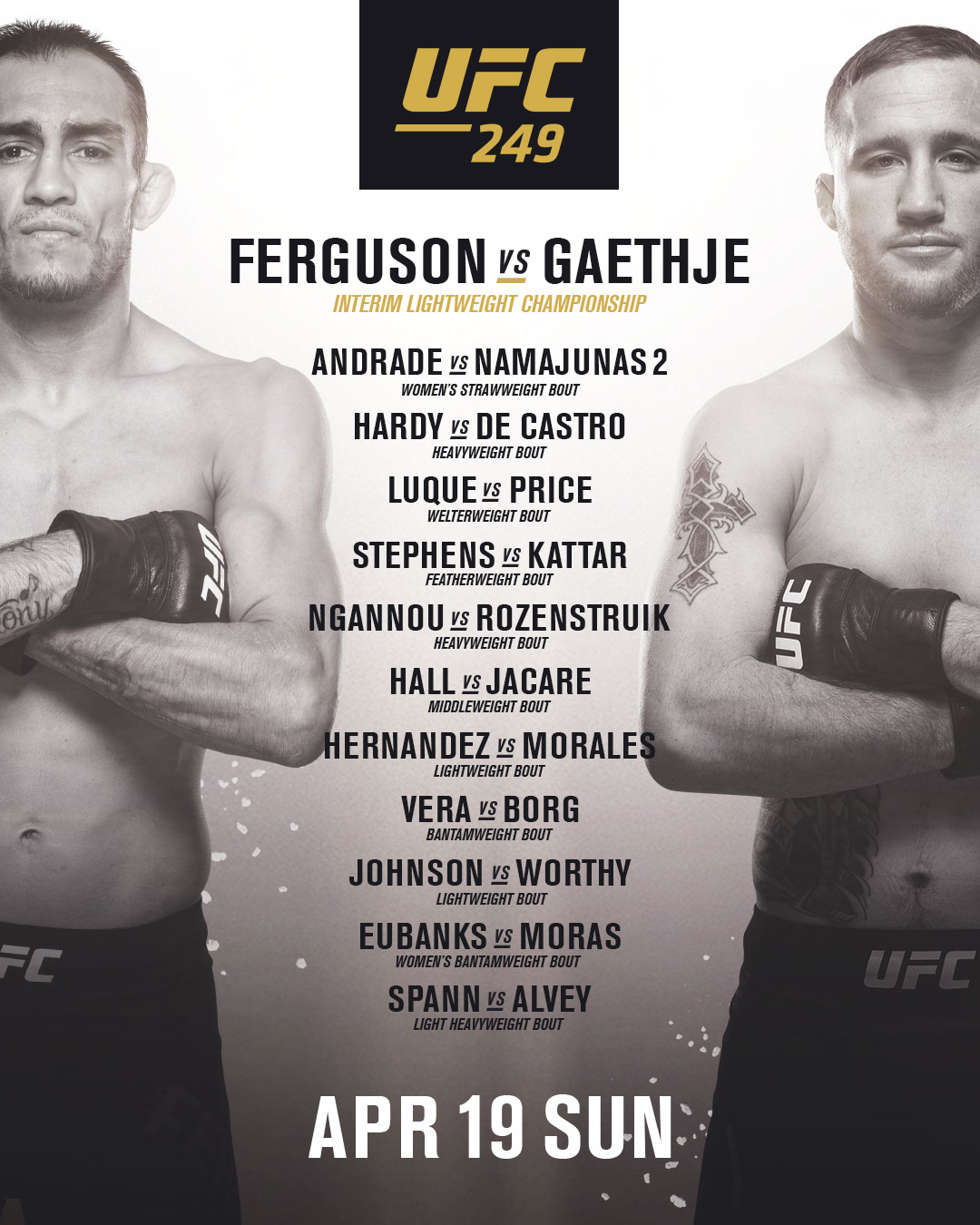 Added to the pay-per-view main card is a rematch of welterweight action heroes Vicente Luque (17-7-1, USA) and Niko Price (13-3, USA) that has the potential to steal the show on this stacked card.