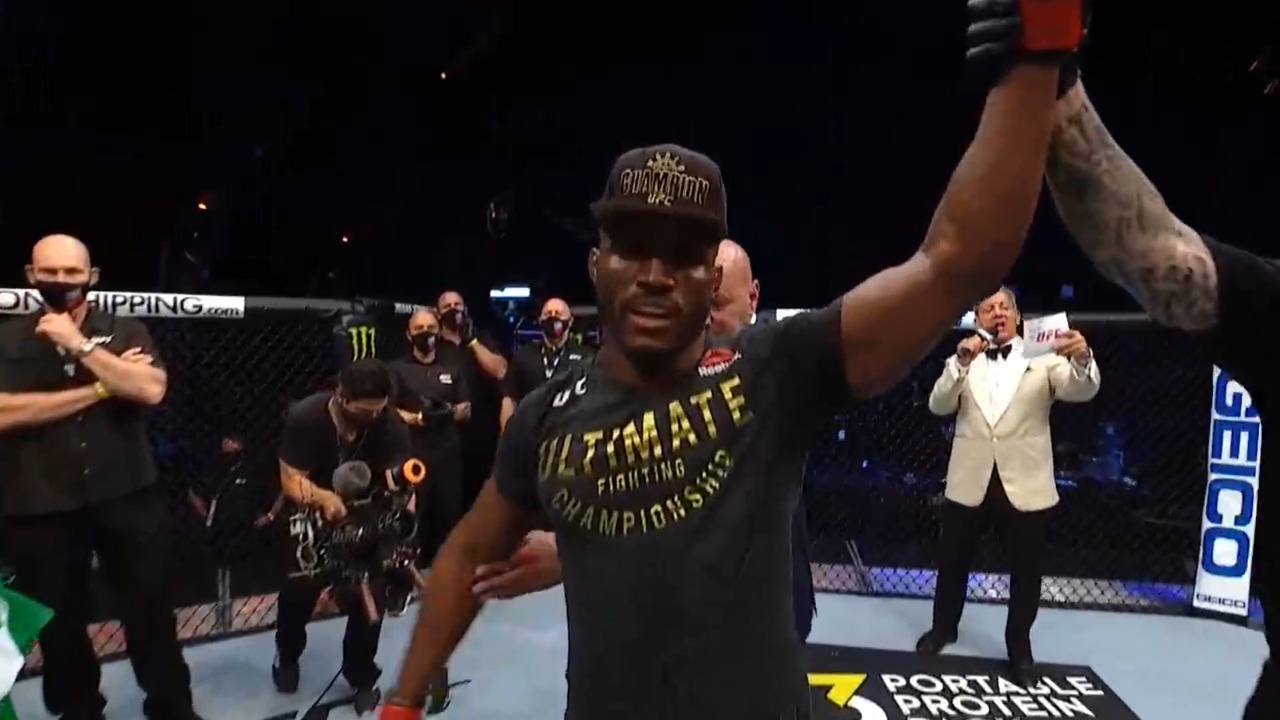 UFC 251 is without a doubt one of the biggest and the most anticipated fight card of 2020 headlined by Jorge Masvidal and Kamaru Usman. The card is filled with three-title fights across several weight classes.

The first fight to feature at UFC 251 will be for the vacant bantamweight title between Petr Yan and former UFC featherweight champion Jose Aldo.

The UFC bantamweight title was vacated by Henry Cejudo, who retired from the sport of MMA following his win over Dominick Cruz at UFC 249 in Jacksonville, Florida last May. 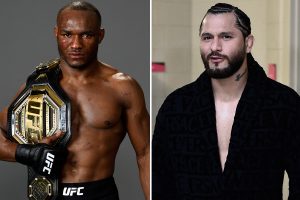 What a UFC debut for Jiri Prochazka as he KOes Volkan Oezdemir#UFC251 https://t.co/eBijTcXNrb

ROUND 1: Both fighters circling the Octagon. Right hand over the top and knee for Ribas and then she scores a takedown. PVZ is already bleeding and Ribas is trying to get some sort of submission position.

Ribas with an armbar and PVZ taps and easy first-round victory for Ribas.

ROUND 1: Andrade fires a leg kick but misses. Rose coming in and out of Andrade’s range well. An inside leg kick lands for Andrade but misses with an uppercut. Right-hand lands for Rose.

Rose is quick on her feet and she lands a couple of jabs. Andrade catches Rose with a couple of hard shots. Andrade moving forward with intense head movement and then she eats a knee from Namajunas.

ROUND 2: Andrade coming forward with that bob and weave head movement, but Rose is landing jabs and punches. Low kick by Andrade but she gets countered by Rose.

Rose landing clean on Andrade from range, but Andrade is landing some body shots. Rose is being instructed by the corner to maintain the distance. Outstanding distance management by Rose Namajunas as she is neutralising most of Andrade’s aggressiveness.

ROUND 3: Rose Namajunas is looking smooth on her feet. She is keeping Andrade at bay with her jab. Andrade lands back to back uppercut that has bloodied Namajunas’ face.

Andrade has taken down Rose but fails to capitalise on it as the former champ quickly gets back on her feet. Spinning back kick followed by right-hand land for Rose Namajunas.

Andrade fires back with a right hand of her own and Rose is wearing down and now Rose takes Andrade down, but this time as well she fails to take advantage. Andrade lands an uppercut to end the final round.

ROUND 1: Both fighters measuring each other up and Yan lands a low kick. Yan perries his jab and lands a head kick. Aldo with a low kick and now Yan fires back with a hard right hand.

Aldo with his classic leg kick that drops Petr Yan and now he is working on his jab. The Brazilian is using his reach well and keeping Yan at bay. Aldo with another leg kick, but Yan lands a crushing right hand. Aldo takes down Yan, but it backfires as Yan lands crushing punches and a couple of ground and pound. Yan ends the round strong.

ROUND 2: Aldo fighting with his guard up and looking more cautious than the opening round. High kick lands for Yan and Jose returns the favour with a kick of his own. Aldo has started firing back his leg kicks and it is now causing Yan heaps of trouble.

Aldo brutalising Yan with his leg kicks and body shots. The Russian is constantly changing stances, but it isn’t effective.

ROUND 3: Aldo coming strong in round 3 as well. He fires his kicks and body shots. Yan is landing his jabs but Aldo is firing his body shots that seem to be hurting Yan. Spinning backfist lands for Yan, but Aldo is using his head movement well.

ROUND 4: Yan with a low kick and a body kick. Yan fires back with a hard right hand after Aldo lands a body shot. Yan is pressing forward and Aldo is fighting backwards and the Russian lands a crushing uppercut and now goes with heavy ground and pound at the end of the round.

ROUND 5: Yan lands a huge shot at the start of the round which hurt Aldo and then lands a hard right hand that drops Aldo.

Yan follows up with heavy ground and pound. He lands a huge elbow from the top position. The Russian is landing crushing hard elbows and punches and the former featherweight champion is showing the heart of a champion. So far Aldo is a seating duck and now Yan with a knee to Aldo’s ribs.

The referee steps in to stop the fight.

ROUND 1: Both fighters fighting cautiously in the opening round. Neither fighter throwing anything significant yet. Alex digging in that leg kick and Holloway is catching him with a jab and body shot. Nice uppercut lands for Max Holloway and Alex return the favour with a right hand.

Holloway lands a right hand that staggers Alex and the Hawaiian showboating. Spinning back kick drops Holloway in the opening round.

ROUND 2: Alex doubles up with the inside leg kick and Holloway catches Alex with a right hand. Low kick from Holloway, to body kick. Volk returns the body kick and eats a right to land a left hook. 1-2 from Volkanovski and low kicks traded. Holloway tripling up on them. Volkanovski with a left hook.

ROUND 4: Low kicks traded to start round 4. Holloway with a back kick. Volk lands a low kick and a left but eats a couple of counter hooks and they go back to the range to land snapping low kicks.

Alex scores a takedown but fails to use it to his advantage as Holloway gets back up on his feet. Alex

ROUND 5: Both fighters go toe to toe as Alex presses forward, but Holloway lands a jabs from range. Nice uppercut from Holloway to counter the left hand. Alex takes Holloway down, but the Hawaiian gets back up on his feet in no time.

ROUND 1: Masvidal starts with low kicks and now takes down the Cuban with little effort. Masvidal hitting Usman with up kicks. Masvidal lands a hard knee to the body of Usman and now the Nigerian nightmare goes for the single-leg takedown but fails to execute it. Masvidal is bleeding from an accidental clash of heads.

Usman is getting caught during the stand-up battle. Overhand right lands for Masvidal and it’s the end of the first round.

Masvidal seems to be slowing down with constant pressure from Usman and the Nigerian is landing constant shoulder strikes. Combination lands for Masvidal that seemed to have staggered Usman for a bit. He is switching stances and landing his jabs.

ROUND 3: Low kick from Masvidal and Usman goes for a takedown, but fails to execute it. Masvidal with a foot stomp and then gets hit with a low blow. Usman scores a takedown with less than two minutes left in the third round. Back to back takedowns for Usman.

ROUND 4: Usman manages to take Masvidal twice. Now Masvidal fires back elbows in the clinch and landing hard kicks, bur Usman continues to shoot for takedowns.

ROUND 5: Masvidal with a front kick to the thigh to open round 5. Usman on the jab, feinting the single. Usman takes Masvidal down and then goes for the ground and pound, but Masvidal fires his elbow from the bottom position. Usman has the full side control with two minutes left on the clock.

Masvidal with a flying knee, but it’s in vain.