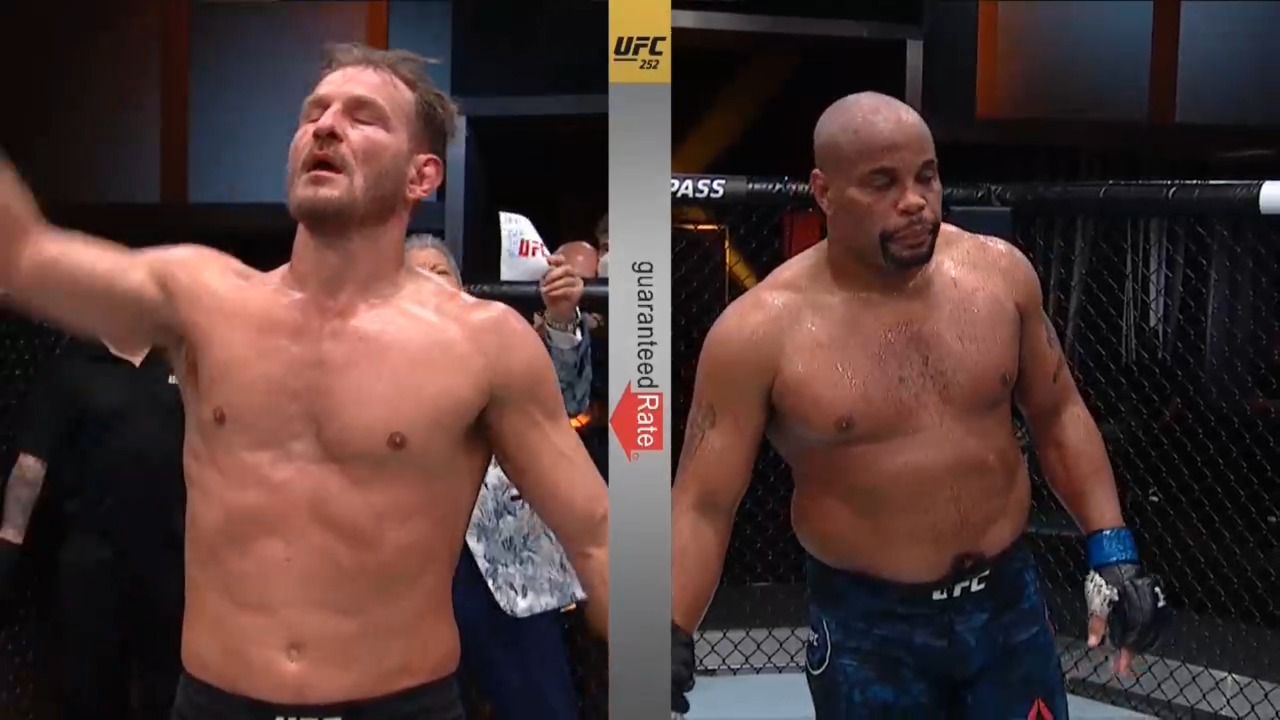 The biggest trilogy fight in the history of the UFC is upon us. UFC heavyweight champion Stipe Miocic will be taking on former two-division champion Daniel Cormier in the main event of UFC 252 at the Apex in Las Vegas.

The winner of this fight will cement their legacy as the heavyweight GOAT.

This could also be the last fight ever of Daniel Cormier. 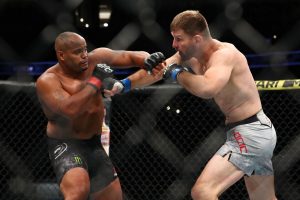 In the Co-main event, Sean O’Malley will take on Marlon Vera in a highly-anticipated bantamweight clash. O’Malley will be looking forward to extending his winning streak to 3-0 in the UFC.

“I just had to not let him back me up in that third round, that’s it. I knew if I stuck my feet on the ground, he couldn’t figure out my timing. When I was backing up, that’s when he was on the gas, but if I don’t back up, it’s hard to figure out my jab, it’s hard to figure out my timings. I’m gonna go to my grandma’s house, lay back, can’t wait to get home to my kids, but the way I’m celebrating is, my wife is going to give birth in a month, my first boy, that’ll be a relief and I can take a step back,” Kamaka said.

“It feels great to get something I’ve been working for close to 10 years now, so I couldn’t be happier with the results. That’s just things we worked on, you obviously game plan for every opponent, so we seen that he was going to throw a little bit wild punches, big overhand followed by a big left, so we stayed tight, everything down the middle

“I knew he was going to be fast, so I dropped a lot of weight for this fight. Just changing the diet, changing everything, so I knew that I was faster than him and I knew I could definitely land with a simple one-two down the middle. I’ll get back in as soon as I can, get cleared with medicals, get cleared with work, get cleared with the UFC and whoever wants to throw down in the cage, I’m down,” Chris Daukaus said.

“I feel the pace because I fought last year in July, I came for the win. It’s a great feeling for me, I had a lot of worries in the pandemic times and this victory, this win is significant to my team, to my coaches, to my family. I can only say thank you to Brazil, to Dana, to Sean Shelby, anyone at the UFC, thank you for the care with us, UFC is the best organization.

I need to fight more in the UFC, I’m ready for anyone, anywhere, but my dream is to fight on the Fight Island if Dana gives me a chance, I’ll be ready,” Souza said.

“I’ve been training for 14 years for this to happen. I’m fighting here, it’s a great experience, a great moment. People talk about the jitters when they first get into the Octagon for the first time, I didn’t really feel that because I feel like my experience let me come in here and feel comfortable. I went against a very experienced guy and I feel great, I have a big supporting group, my team, my teammates, everybody from Latin America and Columbia, I feel amazing.

“Me and my team, we always come up with a good game plan for the fights. The plan was that, to outbox him, to kick him, to be able to take his lead leg and to stop his lead leg. I think his experience helped him in the third round. In that third round, I was starting to fade away just in the middle of the round, and then as I got deeper into the round, I was able to overcome that. I want to fight one more time before the year ends, that’s guaranteed, I’m not going to take so much time off,” Danny Chavez said.

“As everybody knows, I’m a BJJ specialist. As I said in my interviews, I had a plan A or a plan B, Plan A worked. I didn’t mention this to anybody before, but during camp I had a little bit of a problem – I lost my front teeth and I didn’t want to lose them again, so I tried to make it as quick as possible.

Felice was ranked, so hopefully come next week, I’m ranked. I think this may be made a statement in the division and hopefully, the UFC is going to look with some more caring eyes to me and give me a top 10 opponent, just someone ranked, top five, who knows, whatever they want to give me, I’ll be happy with it, but if I could keep on climbing the rankings, that would be great.

“As far as name goes, I’m just really focused on getting up in the rankings, so whoever is available, I’m more than happy to take them on. As far as the time frame, I could fight tomorrow, honestly, I didn’t take that much damage, maybe next week. I think I have a mandatory suspension or something, as soon as that’s done, I’m ready to fight,” Jandiroba said.