The news was first reported by John Ourand of Sports Business Journal.

UFC 261 featured three title fight and it was also the first fight since March 2020 that had a sold-out crowd. The fight took place at the Vystar Veterans Memorial Arena in Jacksonville, Florida. 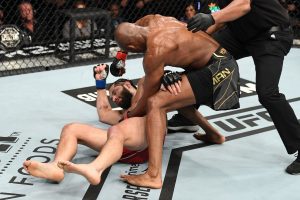 “Everybody is doing their thing down here and living their life, and that’s the way it’s supposed to be. So it felt good to be here, it felt good to have the mayor, the governor, and all these people working with us to put on a safe event and for people to come out here and have fun. It was awesome. It literally couldn’t have been any better. We couldn’t have done this any better or planned this any better than we did.”

Previous articleDaniel Cormier on fighting Jake Paul: ‘I’m going to smash him and I’m going to hurt him’
Next articleKhamzat Chimaev says he will fight in a Chechnya vs. Stockton battle with Nick Diaz