UFC 264: Conor McGregor calls Poirier a B**** and says his wife Jolie Poirier is his Husband 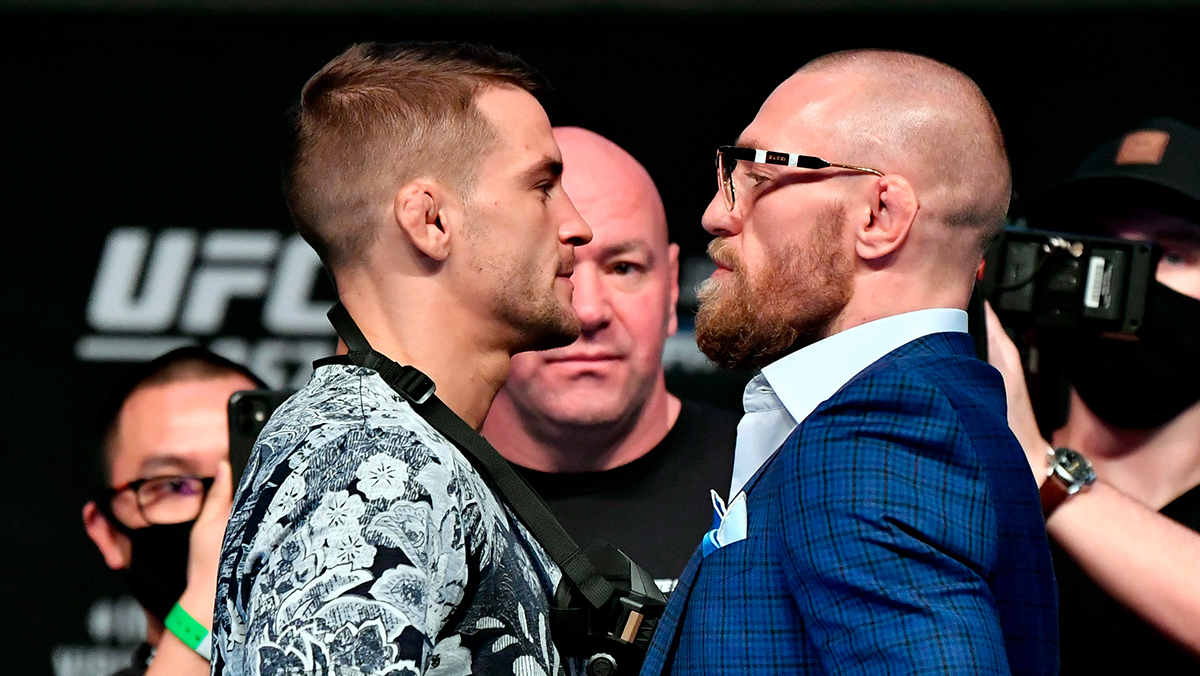 As the much anticipated UFC 264 makes its approach this Sunday, the world of mixed martial arts is seeing Conor McGregor back in his “notorious”, trash-talking avatar as he exchanges heat with his rival Dustin Poirier.

The two have clashed against one another twice in the past, with both of them securing a victory over the other. Their first encounter at UFC 178 saw McGregor picking up a win by TKO, and Poirier repeated the same result at UFC 257 back in January this year.

A silly little hilbilly: McGregor lashes out at Poirier at the press conference

It has become evident that ‘Mystic Mac’ is aiming to avenge his January loss in the immediate trilogy fight against the American, and during the Poirier vs McGregor 3 pre fight press conference, the Irish mixed martial arts superstar went back to his renowned badmouth persona against ‘The Diamond’.

The press conference, which took place on Thursday, saw a heated atmosphere right as the two MMA icons made their approaches, getting face to face against each other for the first time since their trilogy fight was confirmed.

At the press conference, McGregor became and furious and told Poirier that he was a “little b****’ and that Jolie Poirier was his husband.

Dustin, in a sporting response to McGregor’s statement, had insisted that the trash talk was ‘better’ before and now its ‘weak.
He also posted a photo on his Instagram later, where he and Jolie are seen arriving at the conference. The 32-year-old captioned the photo, “Me and the hubby walking into the press conference❤”
Jolie hopped on the banter as well, reposting Poirier’s post on her Instagram story. 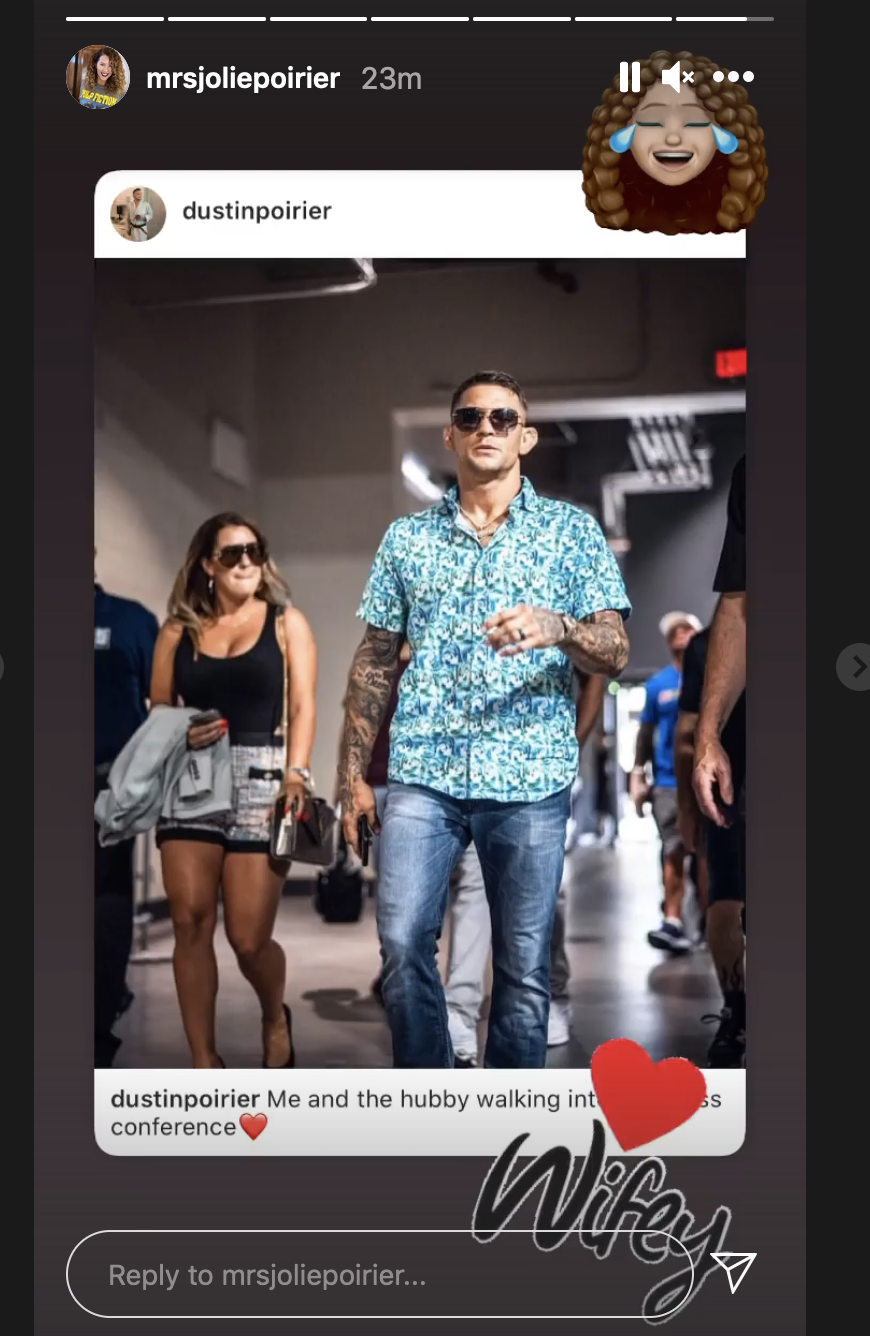