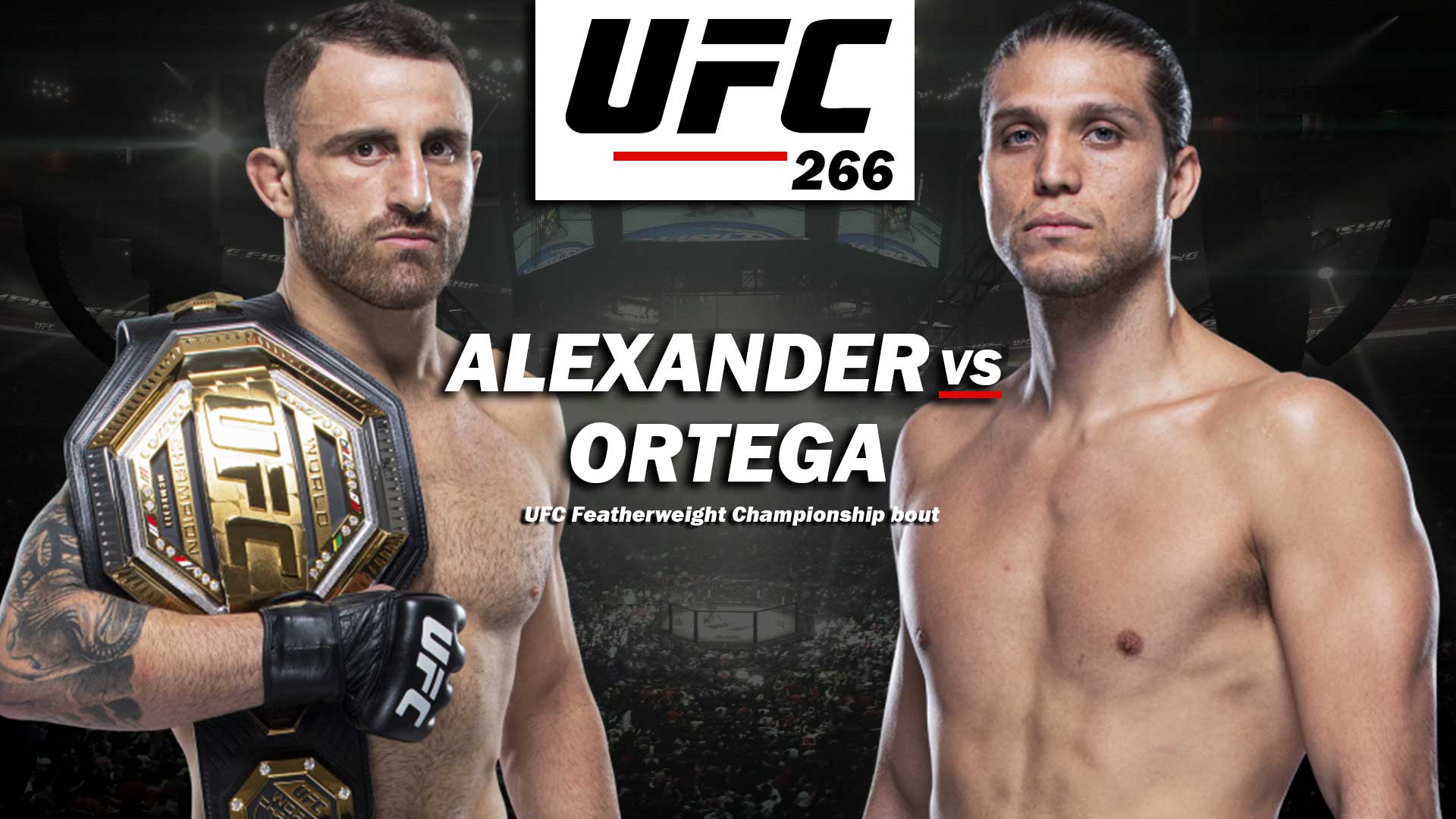 The UFC 266 is one month away, but the hype surrounding the same is massive. It will have to title bouts, plus several big-time battles. For example, the clash between Nick Diaz and Robbie Lawler is for sure the most expected of all on the main card.

That is why we decided to make a short preview of the same and present a few odds that you might find interesting. Take five minutes to check out all this, and if you need some help regarding UFC betting, there is a perfect guide for the same on this link.

We’ve mentioned Diaz and Lawler, but let us start with the championship bouts. The headliner of the night is the meeting for the UFC featherweight title between the reigning champion, Alexander Volkanovski and Brian Ortega. 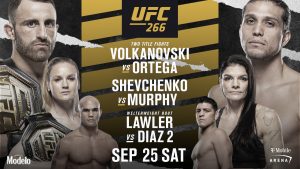 The Australian is the favorite here, with the odds on his win set at 8/15. On the other side, Ortega to snatch the title is 13/8. He came back last October following a 22-month pause, defeating Chan Sung Jung via unanimous decision. Ortega to win here via same way is 5/2, while Volkanovski’s triumph via decision is 1/1. Overall, the fight going to the distance is 4/5.

Alexander the Great, as the fans call the Australian, is coming off a split decision victory over Max Holloway in their rematch. Still, we need to say that this outcome caused a lot of reactions in the MMA community, with the fans and the majority of the experts claiming that the judges made a huge mistake.

The co-main event is the UFC flyweight title match, between Valentina Shevchenko and Lauren Murphy, the challenger, and the former Invicta champion.

It is needless to say that the Kazakhstani-Peruvian fighter stands as a colossal favorite, 2/17, while Murphy’s win is priced at 7/1. The Bullet to finish the job via KO, TKO, or DSQ is 4/13, and her submission triumph is 6/11. The bookmakers don’t see this fight reaching the regular ending, and the odds on the fight not going to the distance are 1/2.

Now we come to the most anticipated fight here – Nick Diaz vs. Robbie Lawler. We’ve seen them sharing the octagon 17 years ago when Diaz defeated Lawler via KO. Since then, we’ve seen these two guys becoming superstars and legends of MMA, which is why their meeting creates an enormous hype.

The odds are very close, as Lawler has the minimal advantage, 10/11, while on the other side, Diaz’s victory is 1/1. The former UFC welterweight champion is in better shape, despite losing the past four events, as he had three contests in the past two years. The fight to go to the distance is 5/6, while to end before the final horn is 7/5, and we didn’t mention that the draw is set at 25/1, which is far shorter than usual.

For many, this is the real anchor of this pay-per-view event and the reason for the majority of buys. Each time either Diaz’s brother steps inside the cage, the fans go wild.

And finally, we want to mention a heavyweight bout between Curtis Blaydes and Jairzinho Rozenstruik. These two guys are looking for a way to reach the title fight, but that keeps getting away from them in the recent few years. Blaydes suffered a KO loss to Derrick Lewis in February, while Rozenstriuk lost to Ciryl Gane during the same month, but after that defeated Augusto Sakai.

Blaydes is an absolute favorite, 2/5, while Bigi Boy’s victory is priced at 5/2. Fight not finishing before the end of the third round is 13/10, and to see the conclusion before that is 4/7. Blaydes has problems with heavy-hitters, and losses to Ngannou (twice) and Lewis are solid proofs. On the other side, Roezenstruik lost to Ngannou and, most recently, to Gane and now needs to find a way to erase those minuses.

Previous articleRavi Dahiya’s village has given India three Olympians, yet it still lacks electricity supply and portable drinking water
Next articleBefore Lovlina Borgohain’s bronze, her village had no motorable roads