UFC: Al Iaquinta steps in to fight Khabib Nurmagomedov at the main event of UFC 223 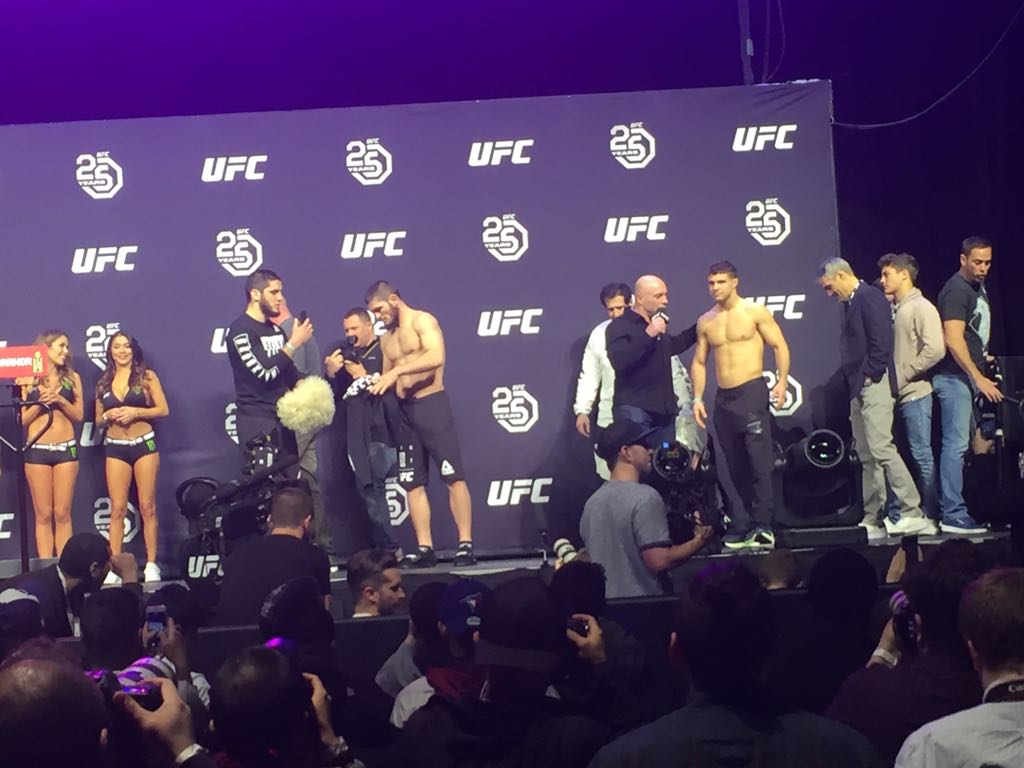 However, it is important to know that the title is up for grabs only for Nurmagomedov as he weighed in at championship weight. Iaquinta on the other hand was initially scheduled to fight in a normal 3 round fight where the one pound allowance is accepted.

He weighed in at 155.2 pounds, which is just 0.2 pounds above the championship limit. 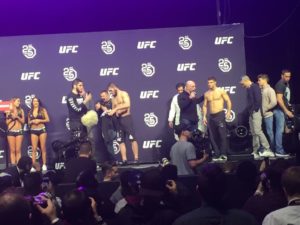 The MMA community may have never seen this fight materializing as the main event bout of UFC 223 as just few hours ago, things looked all set for a championship fight between Featherweight champion Max Holloway and Nurmagomedov.

However, Holloway was declared medically unfit to fight by the commission and pulled from the contest due to weight cutting issues. Holloway’s weight was apparently at 159 pounds when the decision was taken. His nutritionist and him wanted to continue, but were not allowed to.

With Michael Chiesa out of the card due to a laceration on his face sustained during the McGregor chaos, his scheduled opponent and former lightweight champion Anthony ‘Showtime’ Pettis was first approached to fight Nurmagomedov as a last minute replacement.

Pettis weighed in at 155.2 pounds and had two hours to shed those last 0.2 pounds.

However, he apparently made a demand of $1 million dollars to replace Holloway, which the UFC shot down.

Just received a text from Dana White. “Raging Al.” It’s official. Nurmagomedov can still win the official lightweight title. Iaquinta can not because he didn’t weigh-in at 155 pounds on the dot.

UFC then switched their attention to Al Iaquinta.

Initially the UFC wanted Felder to step in but the commission wouldn’t allow it as Felder is an unranked fighter.

Hence,the only lightweight available was Al Iaquinta. Featherweight contender Brian Ortega and former Bellator and ONE Welterweight champion Ben Askren also wanted the fight, but the UFC dedicted to go with Iaquinta.