The Ultimate Fighting Championship, a.k.a. the UFC is quite easily the biggest and the most well-renowned MMA fight promotion organization in the world. It is so popular that many casuals often commit the mistake of confusing the identity of the UFC with the sport of MMA itself. Thus, being an over $4 billion company the UFC has numerous sponsorship deals and lucrative partnerships to its name. The UFC has now announced another huge partnership deal this time with the city of Abu Dhabi. 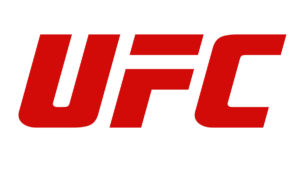 The UFC President Dana White himself recently announced the deal with Abu Dhabi’s Department of Culture and Tourism (DCT). According to this 5-year deal, the UFC will host a PPV event in the city every year starting with UFC 242 on September 7th, 2019 that will feature at least 1 title fight. Here’s what White had to say about this historic deal:

We are making a long-term commitment to Abu Dhabi because we have had great success in that market. The demand from our fans to bring UFC back to Abu Dhabi has been overwhelming, and over the next five years, DCT Abu Dhabi will help us deliver some spectacular UFC championship fights to the UAE. I’m very excited about this partnership and what it will mean for the growth of this sport and for UFC in the region.